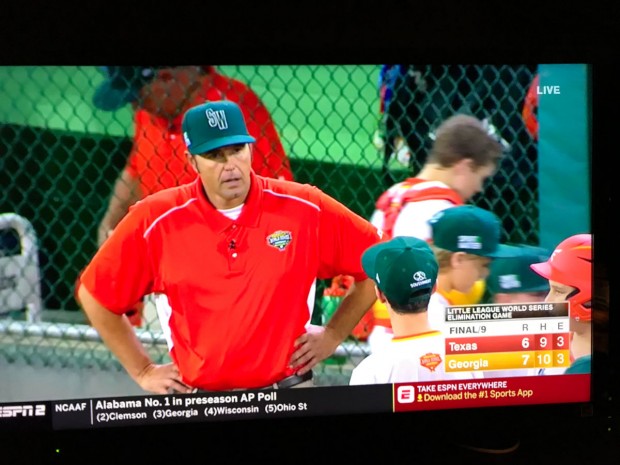 The final score of the game, in which the Post Oak Little League 12U team lost 7-6 against the Southeast Region champs from Georgia.

Post Oak Little League 12U All Stars team is headed home from Williamsport, Pennsylvania after losing 7-6 in the elimination game of the Little League World Series. Post Oak put up a tough fight against the team from Georgia, sending the game into nine innings.

Before the game, team manager David Rook said, “The mindset is to be more aggressive at the plate when they throw strikes. We have been too passive in the last two games, and we need to have a better approach.”

Mr. Rook went on to say, “Win or lose, we love these kids; they are our sons or very good friends of our sons. They made a commitment three years ago to play Little League (most of them did at that time) and have been rewarded for that commitment, hard work and dedication by making it to the LLWS, which was our primary goal. These boys are unbelievable and had a remarkable run together playing a game they love this summer. We wouldn't trade it for anything.” 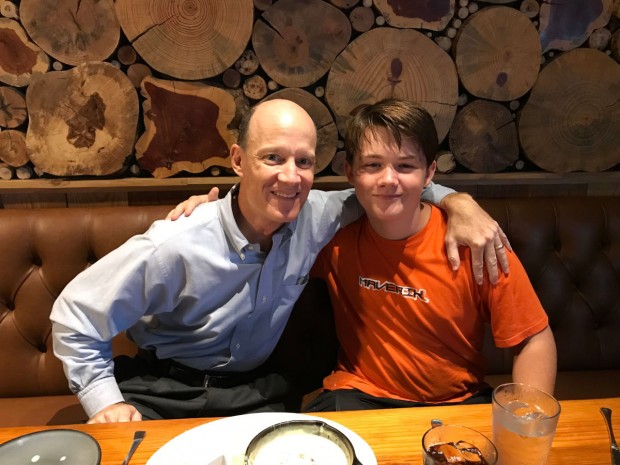 Perry and George Ruthven were in attendance at the watch party at Beaver’s West to cheer on the Post Oak Little League 12U team as they played in their third game in the Little League World Series.

Among those at the watch party at Beaver’s West were Perry Ruthven and George Ruthven. George noted that it was exciting to see these 12-year-olds make it this far since he has played baseball with many of those on the 12U All Star team. He said, “They’re really fun guys to hang out with and seeing them play at a level like this is really exciting.”

Perry was very excited to see Post Oak make it this far, as he played in Post Oak Little League when he was growing up. As a parent, Perry said, “What I think is they’re really happy and having a lot of fun and that’s what Little League is all about. You can tell they’re having a lot of fun, but what you can see is they really have some great intensity in their eyes, and it’s just fun to see them focused but having fun at the same time.”

While the Post Oak Little League 12U All Stars won only one game in the Little League World Series, they made POLL history and are headed home as the Southwest Regional Champions, and have lots of stories to tell their friends. POLL, we’re so proud.