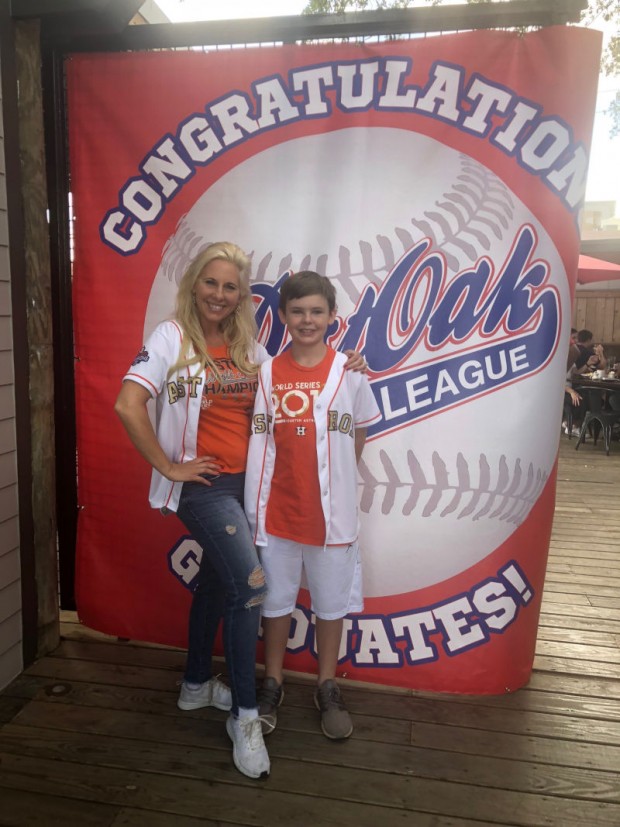 Fans packed Beaver's West to watch the Post Oak Little League (POLL) 12U All Stars take on the Mid Atlantic regional team in the latest round of the Little League World Series. The Sunday morning crowd, many sporting orange POLL shirts, cheered on the boys in what turned out to be a very close game. Pitcher Ryan Selvaggi had six strikeouts, and pitcher Carter Pitts had two. Matthew Hedrick had a strong batting performance and doubled to center, driving in Richie Klosek for the team’s only run. The final 2-1 score didn’t go their way, but POLL will be back Monday night in a win-or-go-home game against the Southeast Region champs from Georgia. 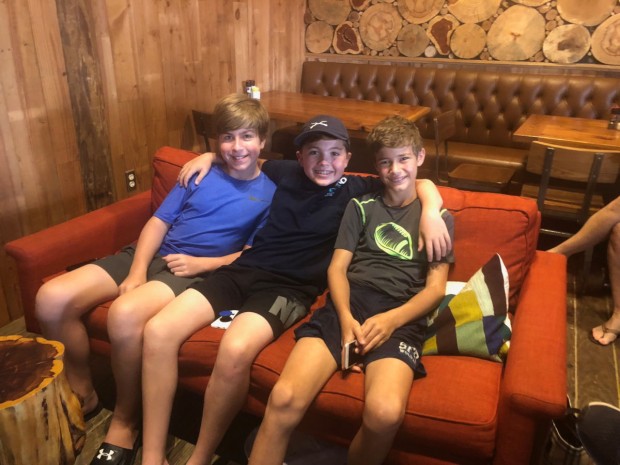 Pierce Markowitz, Will Provine and Henry Chamblee (from left) joined the watch party to cheer on their friends and former POLL teammates who are playing at the Little League World Series.

The enthusiastic fans all have one thing in common: they are proud to be part of the POLL family. Current and former POLL players, and their parents, watched the game and told stories about the 12U All Stars they have known for years. POLL player and Kinkaid student Will Provine played on a spring-season baseball team with pitcher Carter Pitts, and says Carter is a supportive teammate.

“If someone messes up in a game, Carter would just go onto the next play and maybe say ‘you’ll do better next time.’ We had a superstition when Carter and I played on the Giants. His dad brought the team a leprechaun for good luck, but it didn’t work. It gave us no luck whatsoever, so we threw it in the trash." Will is excited for his friends at the Little League World Series, and also a bit envious that they get to skip school. “It’s pretty cool to miss school to play baseball. I bet it’s an excused absence,” he said. 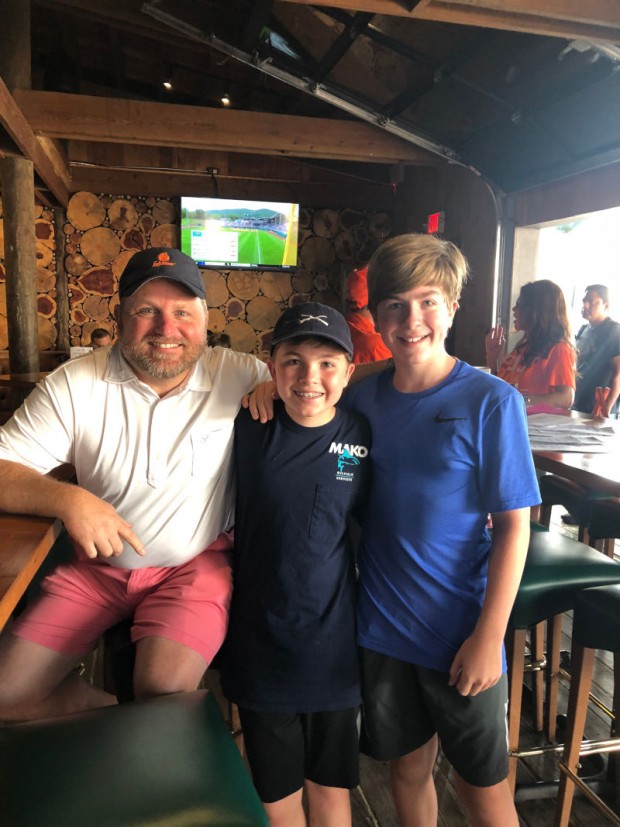 Mark Provine, Will Provine and Pierce Markowitz cheering on the POLL team.

Baseball mom Jennifer Blankenship watched the game at Beaver's with her family, who all wanted to support the team and manager David Rook. All three of Jennifer’s sons play for POLL teams and David was their very first coach. “David was our first experience with a coach and he really spoiled us,” Jennifer said. “He works with each player on the team, and really takes the time to teach everyone, regardless of their ability. As a mom, that is priceless.”

POLL fans are loyal and dedicated to the great group of boys battling it out in Pennsylvania. They are brushing off today’s loss, and preparing to cheer on the team in tomorrow night’s game, which will be broadcast on ESPN at 7 p.m. See the schedule here. Go POLL!

Beaver's West is hosting a Watch Party tonight, 7 p.m. El Patio will also have the game on with full sound. 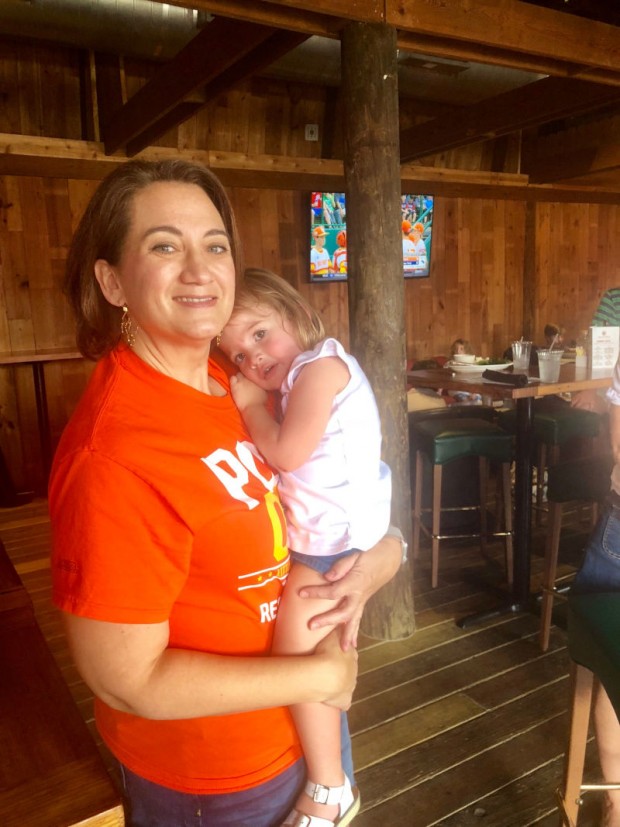 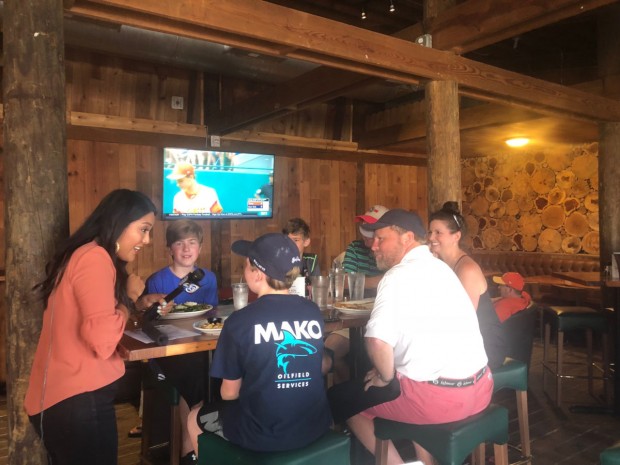 Fans speak with an ABC 13 reporter in between innings and cheering on the POLL team.