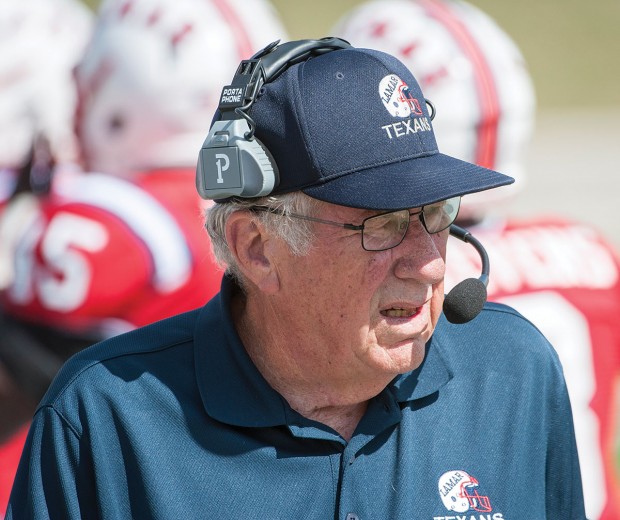 It’s the end of an era at Lamar High School with the retirement of longtime football coach Tom Nolen.

In his illustrious career at Lamar, Nolen led the school to 31 playoff appearances in 33 seasons, highlighted by a berth in the Class 6A State finals in 2012. His 307 UIL career victories rank 11th in the history of Texas high school football. Prior to his retirement, Nolen was also the state’s third active winningest coach.

“I’ve been coaching for about 50 years, including the last 33 years here at Lamar, so it was just getting tougher physically and mentally. I just felt it was kind of time to step aside. You have to be on your A game to do this job,” said Nolen.

Under Nolen’s guidance, hundreds of Lamar football products went on to play major collegiate football, with players such as wide receiver Brandon Lafell, linebacker Brian Orakpo and others even making it to the NFL. But the team he’ll remember the most is Lamar’s 2012 Class 6A state finalists. “That has to be No. 1,” said Nolen. “We just got on a roll, and it all came together for us. To play before 53,000 at AT&T Stadium was pretty amazing. It wasn’t the outcome we wanted, but our kids played great and we were in the game the entire way.”

There’s been no shortage of great victories over the years under Nolen’s guidance. “The year we beat Katy in the playoffs before a huge crowd at Rice University is pretty memorable, along with our victory over North Shore the year we went to state. [Those] are just a couple of games that really stand out,” added Nolen .

More than anything else, bidding farewell to the school itself is bittersweet for Nolen. “We have kids of all backgrounds and different neighborhoods who come together to make this a great school with tremendous academics. Plus, Lamar’s alumni are pretty incredible, with the likes of governors, Nobel Peace Prize winners, prima ballerinas, stars of Broadway, professional athletes and so many other greats graduating from here. It’s such a special and unique place.”

With Nolen’s departure, the Texans’ head coaching job goes to Mike Lindsey, who was on Nolen’s defensive staff last season. “Mike’s a great coach who’s had tremendous success wherever he’s been. He’ll do a great job here at Lamar,” said Nolen. 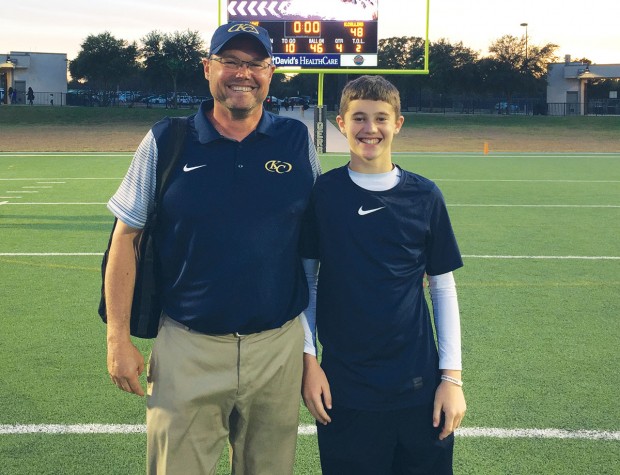 It’s the start of a new era at Stratford High School, with Todd Rankin taking over as the Spartans’ new head football coach. Rankin replaces Eliott Allen, who moved on in the off-season to Brenham High School after 16 successful seasons at Stratford.

“There’s so much rich history, pride and tradition here at Stratford,” said Rankin. “Plus, from the Pee Wee football leagues going all the way up, there’s tremendous community support. I went to school at nearby Alief Hastings and played against the Klingler brothers and some of the great Stratford teams of the late ’80s, so it’s especially exciting to be here.”

Rankin comes to Stratford from Klein Collins High School, where he was the offensive coordinator for a perennial statewide powerhouse football program. Prior to Klein Collins, Rankin was an assistant coach for another elite statewide program at North Shore. “We plan on doing everything the right way,” said Rankin. “We expect strong accountability and discipline. We had extremely high expectations to be successful in everything we did at Klein Collins and North Shore and we’ll carry over that philosophy here at Stratford.”

At Bellaire High School, Herb Kunz is set to enter his fourth season as the Cardinals head coach with some major holes to fill in the lineup. “We lost about 35 seniors from last year’s playoff team, so we’re going to be pretty young and need to mature in a hurry,” said Kunz.

Offensively, the Cardinals welcome the return of standout senior running back John Busby, who Kunz says will play a major role for the team this season. Other top returners on offense include junior wide receiver Willie Branch and senior receiver Xavier Green. On the offensive line, 6’3”, 335-pound senior John Jones offers a big physical presence for the Cardinals.

On the other side of the ball, 6’2”, 260-pound defensive tackle Christian Njoku has already received collegiate offers from numerous schools. Kunz also had high praise for cornerback Darreon Burns. Burns will also play receiver and on special teams. “We had a real good summer. The kids worked hard in their conditioning program and we’re excited and ready to work,” said Kunz.

The Ensemble Theater Presents I, Too, Am America