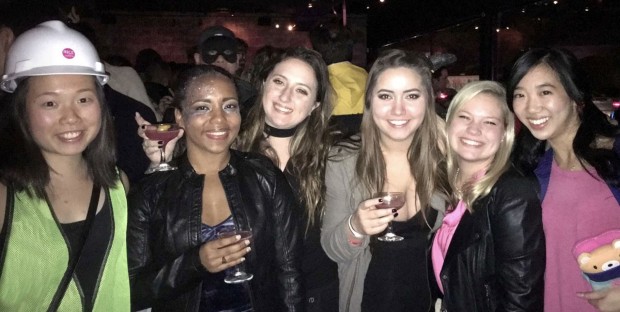 Back in 2016, I wrote an article about Houston and Texas-themed Halloween costumes. Costume ideas included Beyonce (a Houston native), James Harden and a NASA astronaut. This year, I’m kicking things up a notch by suggesting Houston-influenced costume ideas that pay tribute to our city and what’s been going on lately.

JJ Watt is a Houston hero - not only is he an amazing defensive player for the Texans, but he raised so much money last year after Hurricane Harvey, and was a champion of the city during trying times. For your costume, don’t forget your #99 jersey. Your outfit isn’t complete without some tears (real or fake) to mark JJ’s frustration due to the multiple Texans losses.

Drake is a self-proclaimed Houston groupie, and he recently performed multiple concerts at Toyota Center, later showing up at hotspots around Houston including various clubs and the Galleria! Channel Drake this Halloween by singing melancholy songs around your friends and visiting Spire.

Houston is a city that loves art. A creative way to support Houston’s love of art this Halloween is to dress like the Cistern in downtown, which is currently set up as a rainbow wonderland in the style of artist Carlos Cruz-Diez. Dress in rainbow colors to look like the Cistern. Bonus points if you’re tall and lanky, like a cistern pole.

Houston has been receiving lots of rain lately. Whatever variation of a rain cloud you prefer will work - a raindrop, rain cloud, maybe even a hurricane?

A Houston classic. What better way to pay tribute to Houston than to dress up like one of Houston’s biggest problems. An all-black, circular outfit will do. Your friends can go in similar Houston road-themed costumes - construction, traffic or an angry driver.

Rice recently announced that it was going to provide free tuition for middle income undergraduate students and majorly reduced tuition for other students. This is revolutionary for a top institution, and will give many more students the opportunity to attend Rice, a highly ranked albeit expensive university. Support Rice, your hometown school, by dressing like a Rice Owl! Or . . . just an owl, if you prefer.

Don’t forget your big apron, jovial smile, big appetite, and crawfish from Crawfish and Noodles. For a group costume idea, have five of your friends each dress as one-fifth of Shepherd’s restaurant concepts that make up One-Fifth Restaurant.