Beauty at the end of the world 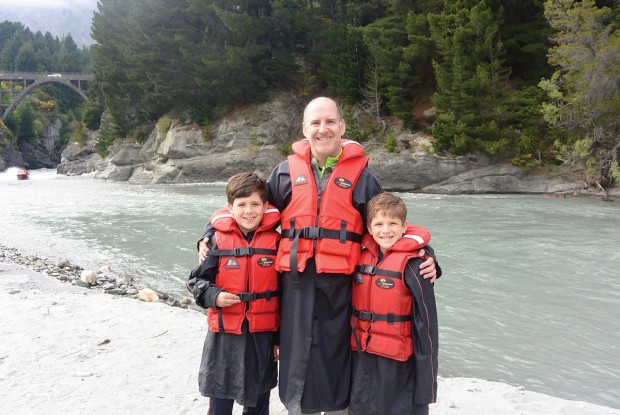 Stunning vistas out of Lord of the Rings, a charming and ethnically vibrant culture, verdant landscapes, classy cuisine – New Zealand has it all. Consistently ranked among the Top 10 bucket-list destinations, the country has worked hard to preserve its pristine environment and welcome travelers.

We caught up with two repeat New Zealand travelers who saw the country in very different ways: Kevin Boyle, with his two young sons, from behind the wheel of a rented camper van; and Virginia Mampre, from the glass bubble of a helicopter, the wind-blown deck of a ferry, the picture-window views of Rail New Zealand and the aerial vistas of Air New Zealand.

While Kevin chose to immerse his boys in nature, traveling to campgrounds and cooking in their camper van, Virginia sampled top-chef cuisine and five-star hotels. Both returned enamored of the country’s charms.

“The time for New Zealand is really now,” declared Virginia, who traveled the country recently on a site visit and scouting for a media project. “They’ve done so much to move that country forward to make it user-friendly. It’s always been a wonderful environment, but from 20 years ago to today, there’s been a huge change.”

Kevin’s recent trip with Kevin Jr., 9, and Sean Patrick, 8, was inspired by his dream to run the Queenstown Marathon. He’d already taken the boys on adventures in 30 states and several continents; they’d come to New Zealand for Spring Break and loved it so much they decided to go back in November for a cross-country tour.

They flew into Queenstown and kicked off the trip with a seaplane flight over the mountains into the fjords of Milford Sound – the Eighth Wonder of the World, according to Rudyard Kipling – where a boat tour brought them close to waterfalls and wildlife, including the winsome fur seal.

Then it was time for what would be the peak experience of Boyle’s life to date. He’d hired a babysitter – a student from the U.K. listed through a recommended agency, Babysitting Queenstown – to take care of the boys as he ran, and to take them on the kids’ Fun Run that was happening simultaneously. Kate was her name, and she came the day before to meet them, and then arrived at 3 a.m. so he could get to the starting line – and then she surprised him. “Instead of meeting me at the grandstand she was right there on the course with the boys, and I just broke down in tears. It was fantastic to be able to run through the streets the last kilometer together and cross the finish line as a family,” he recalled, still smiling at the memory.

Now it was time to begin their journey in earnest. Boyle had rented a Jucy “Condo” campervan, equipped with the comforts of home – which it would be for the next eight days – going from campground to campground in Top 10 Holiday Parks.

Most meals were purchased at the grocery store and cooked in the camper’s kitchen – except for the unforgettable visit to Pedro’s House of Lamb. “One menu item, so good they don’t need anything else!” Boyle commented.

Before their trip to New Zealand, the Boyles watched all the Lord of the Rings movies to prepare – and with good reason. “Almost every place you go is a Lord of the Rings area – everywhere you go somebody will say, ‘Oh, this scene was filmed here,’” said Kevin. “Yes, there are formal ‘hobbit towns’ that have more of the remaining movie sets, and we didn’t do any of that, but we certainly stumbled across many different places that were the settings for the movies.”

Highlights of the trip included a thrilling Shotover Canyon jetboat ride; paddleboarding at Kaiteriteri Beach; visiting seals and kiwis at the Cape Foulwind Seal Colony; and staying at Motueka, gateway to pristine Abel Tasman National Park. They followed a lead down a footpath where they found a couple dozen people marveling in silence at thousands of glowworms. “No entrance gate, no signs, no admission,” said Kevin. “Just raw nature at its finest.”

They visited with Maori artisan Garth Wilson, and watched as he made Kevin Jr. a necklace from the West Coast jade his family has worked with for generations. “There’s a way to carve and tell the person’s life story,” said Kevin Sr. “He talked about when you wear something your essence gets on the jewelry – they call it ‘mana.’”

Another day, they awoke to the sound of bleating sheep in Wanaka, where they ordered takeout from Erik’s Fish & Chips with fried kiwi (the fruit, not the bird) for dessert, and packed it up Mount Iron for a picnic.

Of course nothing helps you love a place like the kindness of strangers, which they experienced when Kevin Sr. locked the keys to the camper van inside – on the way to the airport. “As we were standing there in the parking lot looking dejected and the boys being very frustrated, a nice young man – a construction worker with a curious background, perhaps – had some tools in his car and in a matter of seconds he was able to pick the lock and free us,” said Kevin. 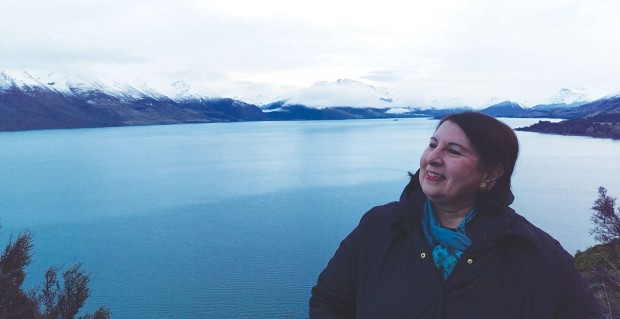 New Zealand then and now

Virginia Mampre, whose extensive world travels included New Zealand two decades ago, had the chance to explore changes in the country on a recent visit for her incentive travel business. She was entranced by the country’s timeless magic, as before, but also impressed to see how it has developed as a modern tourism destination.

“If I had to describe New Zealand in two words, it would be ‘magnificent’ and ‘majestic,’” she said. “The peaks are extraordinary; the greens are greener than green. It’s pastoral; it’s just absolutely spectacular.”

In those days, it was sheep farms and breathtaking views of the mountains and glaciers and fjords that rose to the top. This time it was that, plus world-class cuisine and accommodations and an infrastructure designed to whisk tourists around – for example, Air New Zealand now features an accessible schedule almost like a bus service, zipping travelers from Queenstown to Auckland to the Bay of Islands and beyond.

While the Boyles limited their recent visit to the South Island for a deeper immersion, Virginia went back and forth. For her, the South Island is most outstanding for its breathtaking wild beauty, while the North Island shines for its pastoral beauty, the Bay of Islands and the Maori cultural experience – which is everywhere, but especially accessible in Rotorua in the north.

Virginia was surprised to see the cranes dotting the Auckland skyline, much like Houston’s, and saw the economy booming everywhere as the country prepares for the 2021 America’s Cup and other events. But the intensity doesn’t detract, she assured; on the contrary.

“The country will continue to change and morph, but the natural beauty will always be there.” 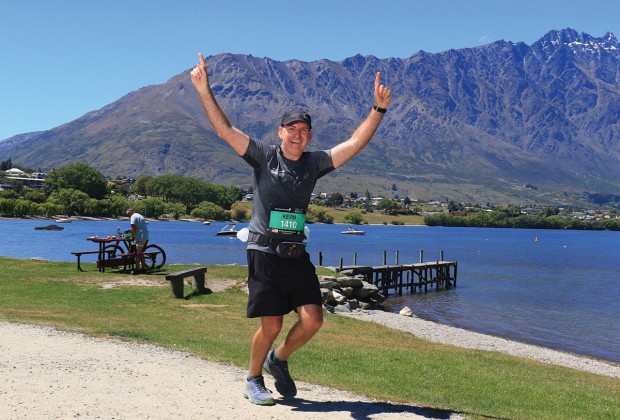 Kevin Boyle Sr. fulfilled a dream of running the Queensland Marathon last year, and was able to cross the finish line with his boys. (Photo: Kevin Boyle Sr.)

New Zealand’s beaches and pristine natural settings were a source of constant wonder for the Boyles (Kevin Jr., left, and Sean Patrick); here, watching the sun set across the Tasman Sea in Greymouth. 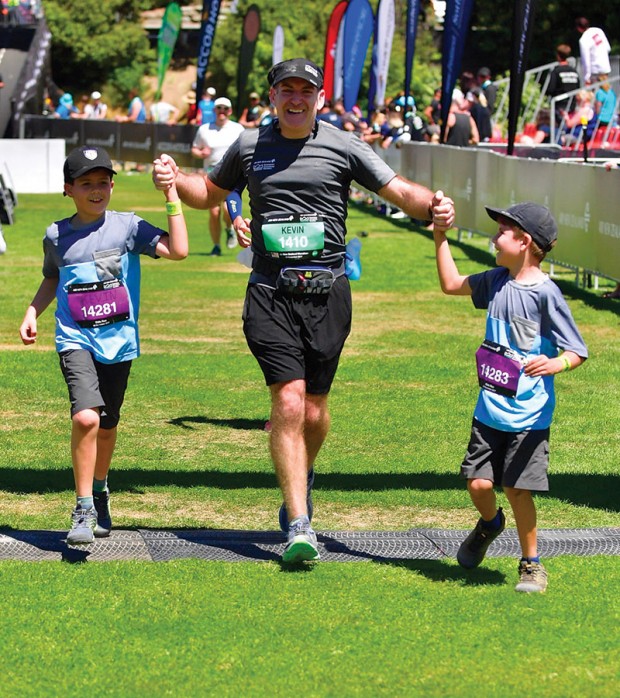 Kevin Boyle Sr. fulfilled a dream of running the Queensland Marathon last year, and was able to cross the finish line with his boys. (Photo: Kevin Boyle Sr.) 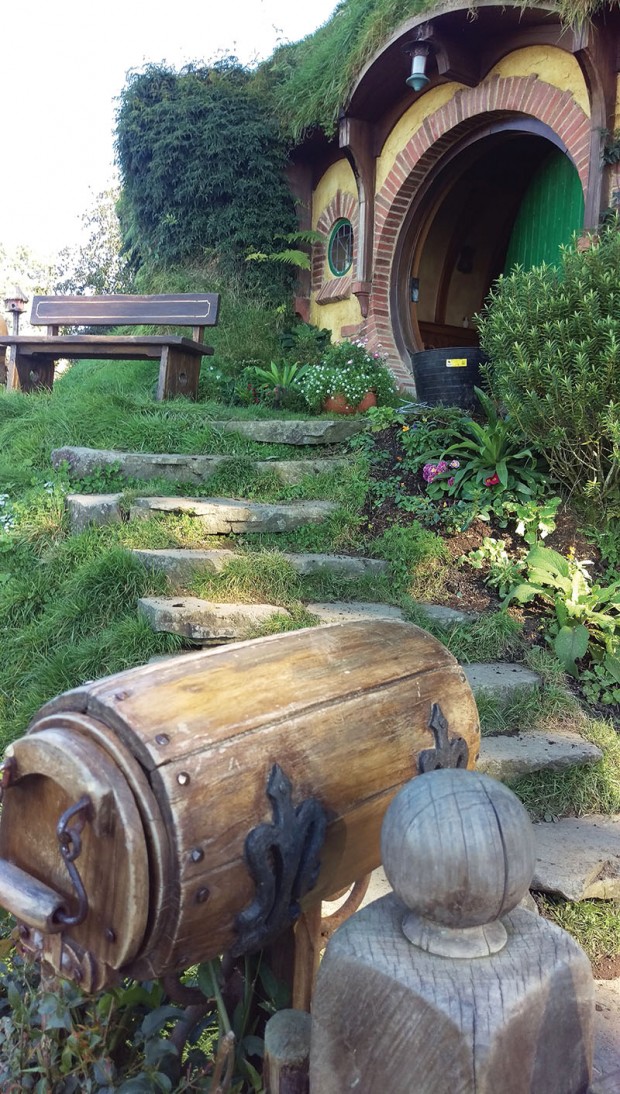 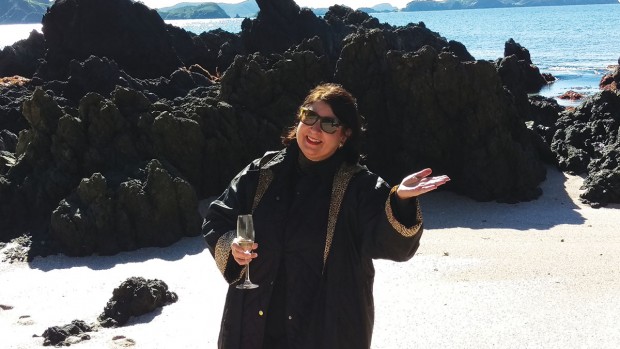 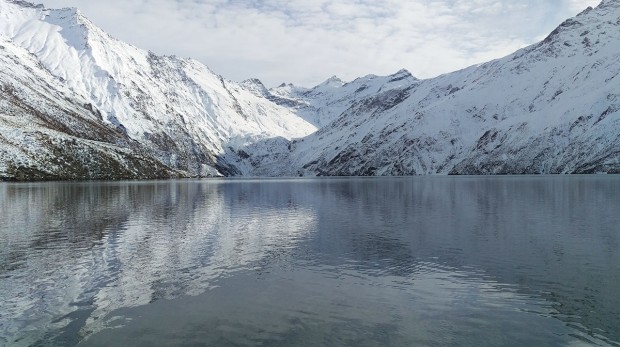 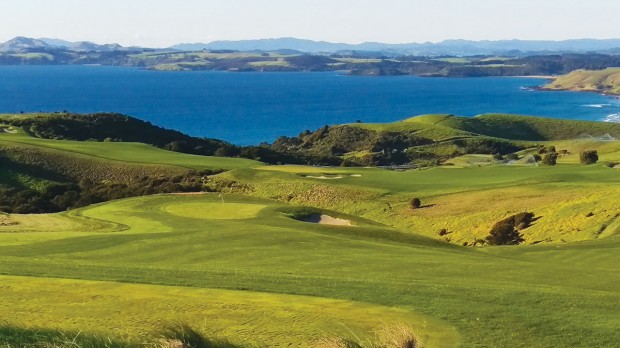