Fun for all at Galveston’s military ball 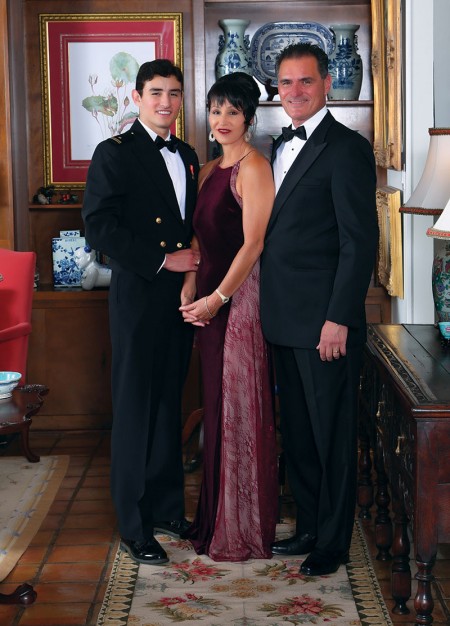 Fans of war movies know the scene. The crusty drill sergeant pulls a quarter from his pocket and flicks it on the bunk. If the coin bounces, good cadet. If not, push-ups on the floor, make the bed once more.

Chances are, a quarter would see air on first-class midshipman Lucian Rombado’s bunk.

The career-driven senior at the U.S. Naval Academy sits at his mother’s kitchen table in Briargrove this day, his description of school summed up neat and to the point, like the precision-tucked corners on a military bed.

“Challenging, but rewarding,” says Lucian, who majors in cyber operations. “Everyone has the common goal of becoming the very best officer they can be.”

As part of an academy team that won a National Security Agency-sponsored cyber competition, Lucian, 21, has visited the White House and toured the Situation Room, witness to some of the most critical events in U.S. history.

But come the night after Christmas, it’s anchors aweigh for a night of fun and pageantry closer to home. 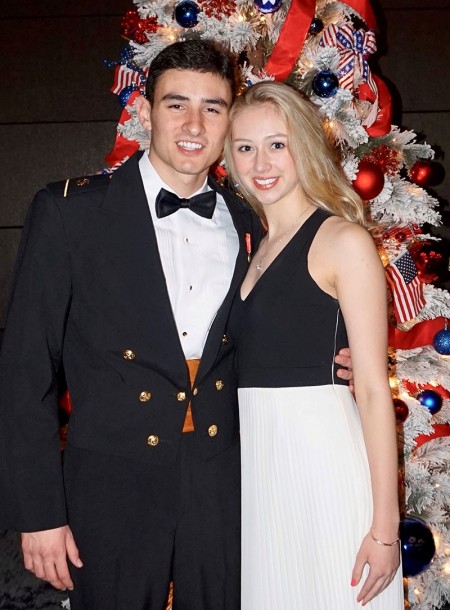 Marissa, the owner of a health insurance company, has worked with committee members to ensure a memorable night, made possible by donations from corporate sponsors and families. Not even a directive calling up their keynote speaker to space can derail it.

Astronaut Sunita Williams, a former Navy pilot and spaceflight veteran, will speak to the evening’s theme “Courage and Commitment.” She is one of nine astronauts tagged for a 2019 flight to the International Space Station aboard commercially built spacecraft, marking the first crewed launch from U.S. soil since the end of the space shuttle program.

“She’s not up there just yet,” quips Marissa.

Cadets, midshipmen, alumni and families first gather at a reception to mingle. Just before the main event, a wall rises, revealing a sea of dinner tables, among them, a Missing Man table with empty chair representing the ultimate sacrifice. A massive American flag spans the stage. 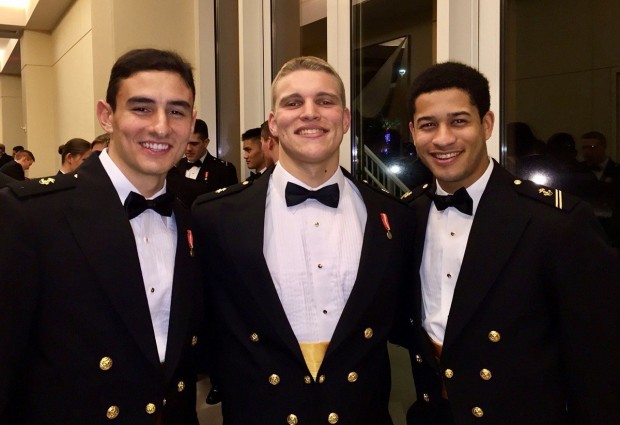 AHOY FOR FUN From left: Navy midshipmen Lucian Rombado, Gus Sulentic and Jordan Brooks, all graduates from Strake Jesuit College Preparatory, were a handsome trio at the ball two years ago.

Cadets and midshipmen from each academy, sporting their military finest, march in two by two, respective branch theme songs playing.

“It’s pretty impressive,” says Sydney Hemphill, 24, a former 2nd Battalion commander at the Naval Academy. The 2016 graduate is now a third-year Stanford University medical student. “It’s this opportunity to merge the worlds, to share our new military lifestyle with our families.”

“You can definitely shed a tear. It’s pretty patriotic, so amazing. We are so proud of her accomplishments,” says Memorial resident Katie Hemphill of her daughter.

Equally amazing is the women’s quick-change out of uniform. Just after the march-in, they sweep from the room, returning like butterflies that have shed cocoons. Tresses escape tight buns; long flowing gowns replace buttoned-up uniforms.

After ceremonial toasts, dinner and the speaker, a barrage hits the dance floor. Sydney and her dad, Mark, took second-place in a sock-hop dance-off one year.

“It’s nice to see them let their hair down,” says Barbara Price of Bellaire, a proud West Point mom who is helping with the ball. “It teaches them about formality, a very respectful event. But they also get to let loose on the dance floor.”

Yeah, it’s nice to break from regimented lifestyle every once in a while, says her son Jeffrey, 19, a nuclear engineering sophomore who runs track for West Point. “I was a little intimidated going the first time because I didn’t know what to expect, but it was fun. It’s a great way to show off what we’ve learned.”

Natalie Pravinkumar, 20, of West University, a West Point junior, agrees. The kinesiology major hopes for an overseas deployment before applying to medical school. She knows the experience of a 12-mile trek with a 50-pound Army backpack. Hitting the dance floor sounds good.

Her grandmother who lives in India has attended the ball.

“I love sharing with my family how the military has shaped me,” says the 5-foot, 1-inch cadet. “But I’m super short, and we line up by height, tallest to shortest. I’m in the back corner of every parade. I always tell my parents, ‘Have fun finding me.’” 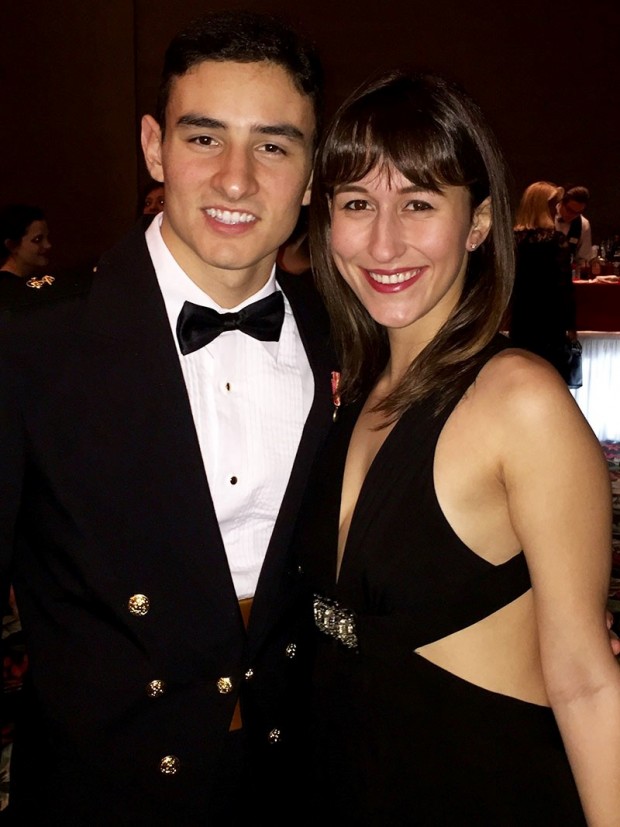 CELEBRATING WITH FAMILY Lucian Rombado and sister Bianca are all smiles at a previous Joint Service Academy Military Ball.