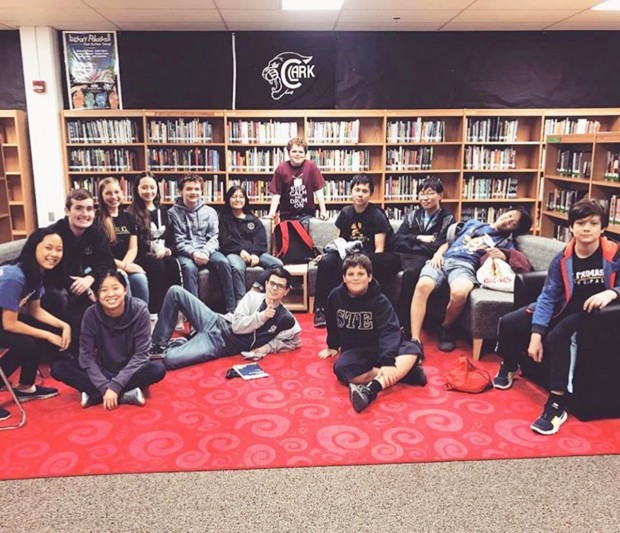 The first question that I heard was, “Where’s the bus?”. It’s 5:30 a.m. on a Saturday morning in Houston. The late bus was scheduled to take us to our Latin competition, known as Certāmen, in San Antonio. “Maybe it’s invisible” said someone jokingly. The bus finally arrived, and we were ready to compete against the other schools from the Houston area.

At Saint Thomas’ Episcopal School, one of many languages taught is Latin, and you can also join the Junior Classical League club, known as JCL. Latin is a foundation for English and many other languages (e.g. Spanish, French, Italian and Portuguese). A knowledge of Latin helps with learning other languages. According to JCL member, Sebastian Breeland '22, “I like Certāmen because it allows me to research what I love, i.e. Roman history, and make it into a competitive tool in which I can compete with likeminded people.”

One of the major activities in JCL is a competition called Certāmen. STE has competed this year at Austin, San Antonio and Clear Falls. In Certāmen, schools compete against each other by racing to answer a series of Latin questions asked by a moderator. Each person on a team has a buzzer, and you have to be the first person to buzz-in and correctly answer the question.

If you get the question right, then you and your team get to answer two bonus questions. If you get it wrong, it is repeated for the teams remaining. If the question and the bonuses are answered correctly, you gain 20 points, and whatever team finished the competition with the highest point total wins. JCL Member Kara Phang '22 sums it up, “It’s an engaging and fun way to learn about Latin and the Roman culture and history. You get to bond with your teammates as you try to answer the questions and help each other with the bonuses.”

So now that you know what Certāmen is and how it works, you can better relate to our experience in San Antonio. The four-hour journey was fun, and it was a very productive trip. Two of our teams made it to finals. My team won first place, and while it was not easy, it was definitely a fun challenge. Our advanced team also scored a second-place finish.

We were proud to go home with all of these trophies, but the experience of Latin immersion is the true prize as explained by our JCL president Monique Hoarau ‘22, “Certāmen is a fun and competitive academic game that contains a range of topics, from Latin to a Greek. Full of teamwork and knowledge, it’s definitely worth competing in!”