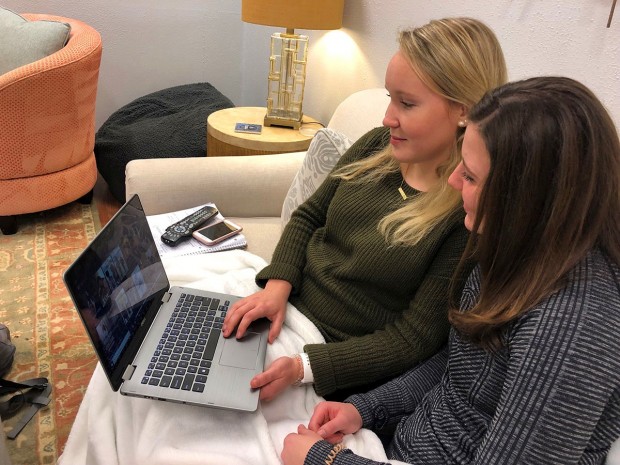 Winter is the best time to catch up on TV. Cold, rainy weather is perfect for snuggling up under a blanket and binge watching the best that TV has to offer. There’s still a few days left of Houston winter before temps start going back up, so now is the best chance to catch up on the latest shows and movies. Here are my recommendations!

Vanderpump Rules
Available on Hulu, this show follows the lives of the staff at Sur Restaurant in West Hollywood. Sur is owned by Real Housewives of Beverly Hills star Lisa Vanderpump. The staff consists of young pretty people trying to “make it” in Hollywood, and the show follows the staff’s relationships, drama (there’s a LOT), and restaurant-related shenanigans. The new season (season 7) recently started on Bravo, so binge now then catch up!

Brooklyn 99
Brooklyn 99, which was cancelled then picked up by NBC, features funnyman Andy Samberg as a detective in Brooklyn. The show is laugh-out-loud funny and very smart. The new season starts in a few days, so catch up on Hulu then watch live.

A Series of Unfortunate Events
I truly binged this show recently, and it was nothing short of amazing. If you read the books, the storyline stays true to the original plot. Neil Patrick Harris stars as Count Olaf and is completely enthralling. The new season just came out on Netflix, and it’s a great one to watch with the family.

The Good Place
The Good Place stars Kristen Bell and Ted Danson, among other great, funny actors. It’s an adult comedy about the afterlife, which sounds dark, but it is very entertaining. There’s lots of twists and turns (great when binging..!) and the new season is currently on NBC. Find the other episodes on Netflix.

The Great British Baking Show
GBBS is the UK’s version of Chopped, where British bakers must test their baking and decorating skills against each other. The show features British humor and British desserts - what could be better?

Unbreakable Kimmy Schmidt
UKS stars Ellie Kemper (from The Office) as a woman who was trapped in a bunker for 15 years and now must rediscover the world around her. The best character is Titus, her roommate, who can always be counted on to say something hilarious and culturally provocative.

Tidying Up with Marie Kondo
Tidying Up is a new show on Netflix that features “tidying expert” Marie Kondo. Her method involves throwing out items that do not bring the person joy. She helps people de-clutter in each episode with a positive attitude. (Read more about her method here.)

Movie mentions:
The Ballad of Buster Scruggs
This is a Coen brothers film, so it’s a bit artistic and laden with hidden messages and macabre stories. It includes six short stories set in the post-Civil War period in the west, featuring Westward-bound settlers and cowboys. It is not for the faint of heart, so if you’re looking for something deep that might require some discussion after, this is the movie for you! It’s on Netflix!

Bird Box
Bird Box is a Netflix phenomenon that inspired a plethora of memes, the #BirdBoxChallenge, and high praise for leading lady Sandra Bullock. You probably heard about the concept- if the characters see the “monsters,” they will forcefully kill themselves. It’s a bit scary for younger viewers, but not so scary that anti-horror people (including yours truly) will find too bad to watch.