Cooking for a Cause: Reliant Rodeo Roundup Charity Contest 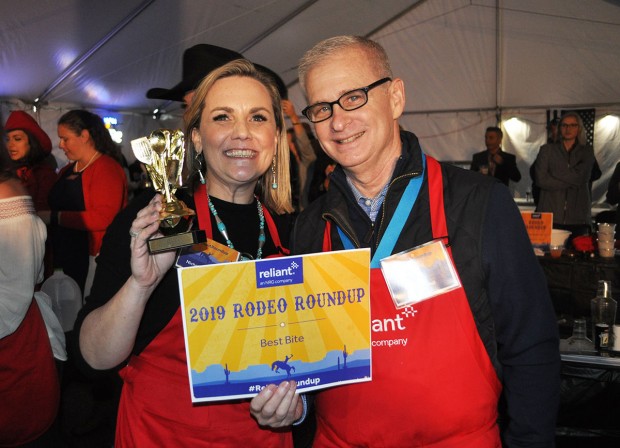 Kicking off the 2019 rodeo season yesterday afternoon, The Buzz partnered with Crime Stoppers of Houston for the Reliant Roundup Cooking Charity Contest. In this annual competition, Houston media organizations partner with a charity and battle it out to make the best barbeque side dish and cocktail. Russell Weil represented The Buzz and Nichole Christoph represented Crime Stoppers.

The Buzz Magazines partnered with Crime Stoppers of Houston on the 2019 Reliant Roundup Cooking Charity Contest. Judge J.J. Moses from the Houston Texans said: "This is what the Rodeo is all about!" (Video: Pooja Salhotra)

Russell and Nichole also made a “Crime Stoppers Tipline Tequila” drink (tip: skip the tequila, use vodka instead) that won praise. As winners of the Best Bite category, Crime Stoppers received an extra $500 donation from Reliant in addition to the $500 they received for participation in the cook-off. 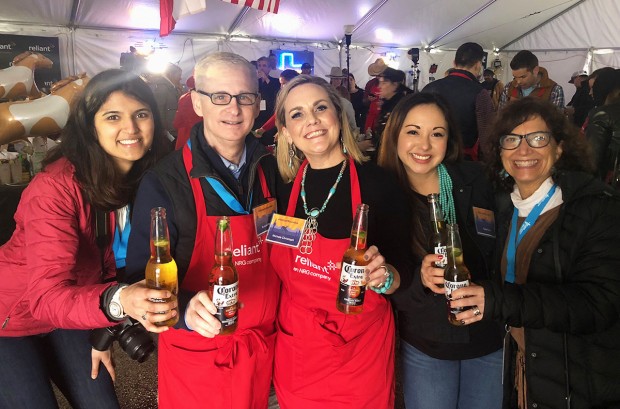 As soon as the competition was over, The Buzz and Crime Stoppers team already started brainstorming ideas for next year’s cook-off. Comment below to share your favorite Rodeo side dish and cocktail recipes.

Recipe directions:
In a sauté pan, add the béchamel and heavy cream. Cook over low heat until bubbles form in the center. Stir in the cooked pasta, truffle cream and cheeses. Allow the mixture to simmer, stirring occasionally, until all the cheese has melted into the sauce.
Season with salt and pepper to taste and stir in the lime juice. Place the pasta into a casserole and top with buttered bread crumbs. Serve immediately.

Crime Stoppers Tipline Tequila (tip: skip the tequila – use vodka instead)
This recipe was found here.

Recipe directions:
In a large pitcher, mix the Corona and limeade mixture (follow the directions on the frozen limeade except substitute one can of water with one can of vodka). Serve in frosted mugs with ice or a Margarita or Daiquiri glass. 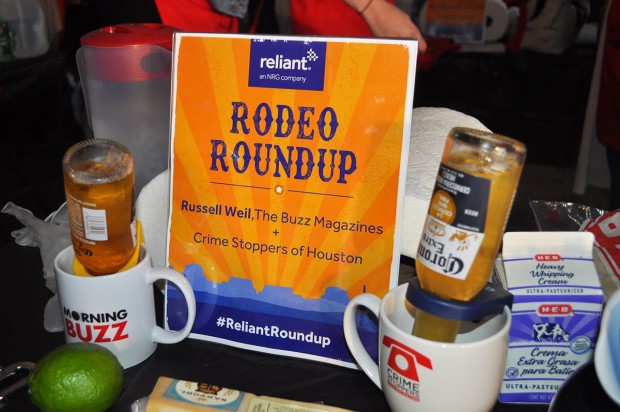 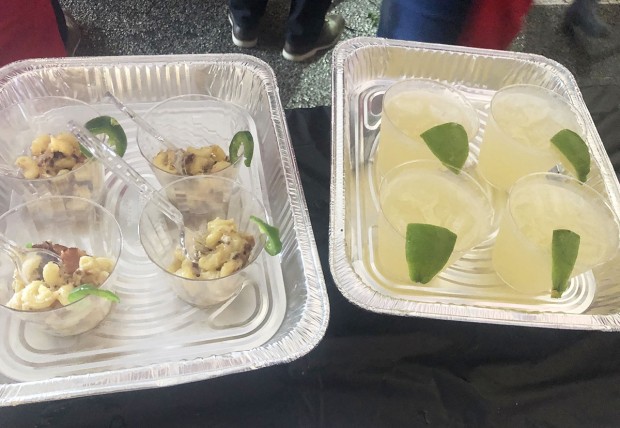 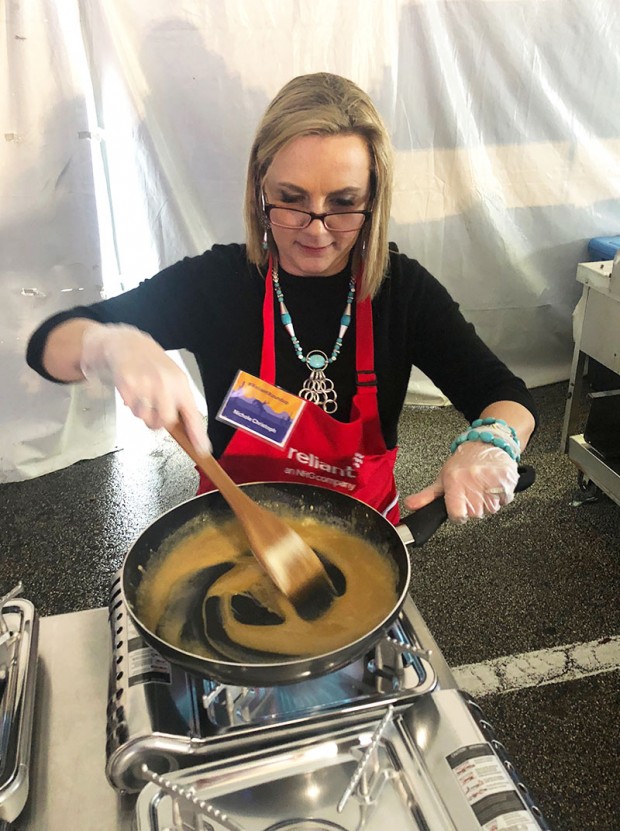 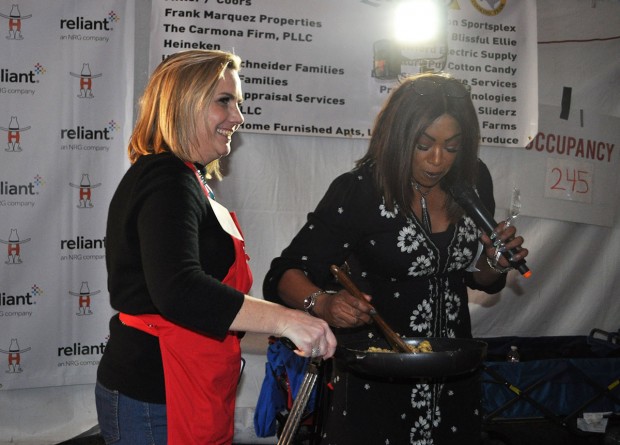 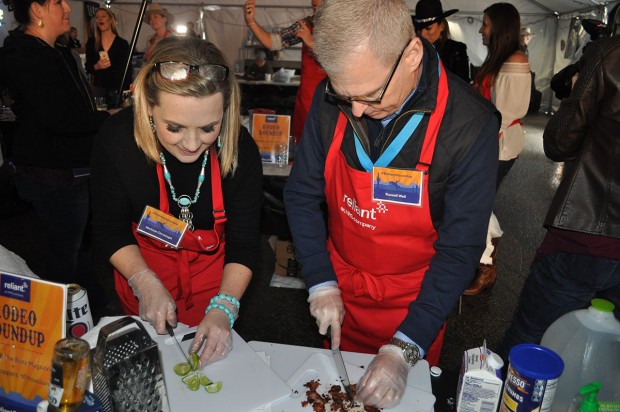 Nichole cuts up limes for the “Crime Stoppers Tipline Tequila” while Russell chops up the bacon for the Mac 'n Cheese. (Photo: Pooja Salhotra) 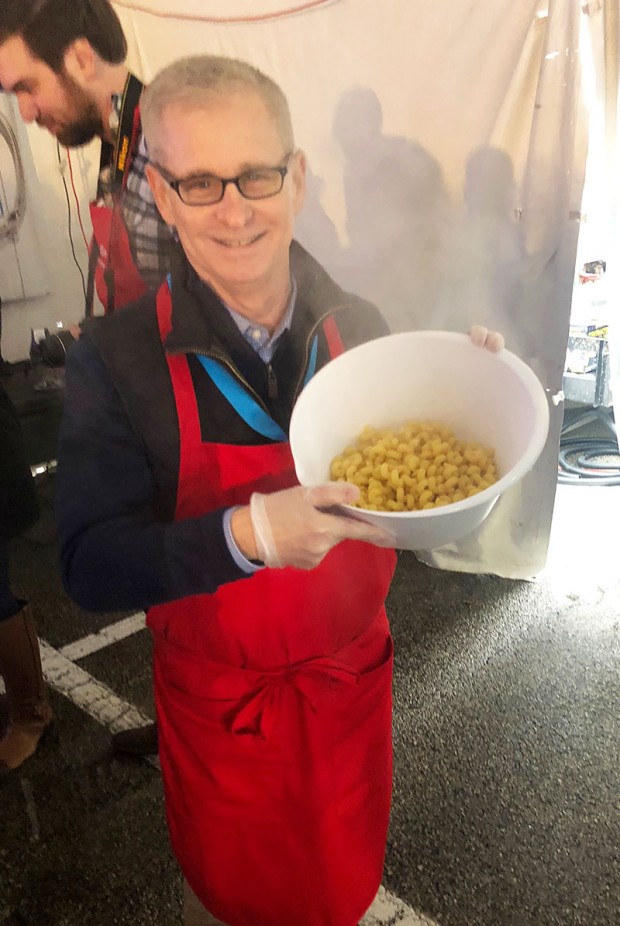 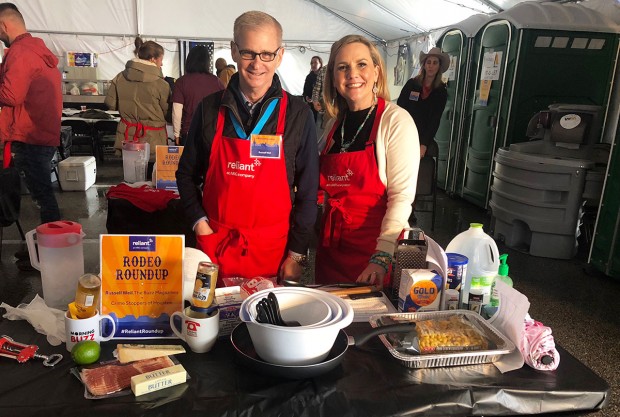 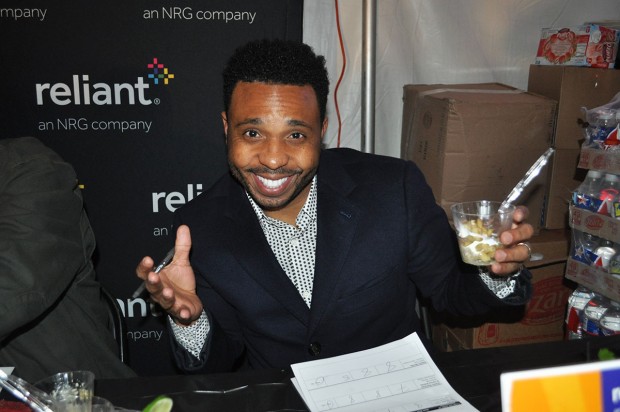 Judge J. J. Moses of the Houston Texans said Russell and Nichole’s Mac n Cheese is “what the cook-off is all about.” (Photo: Pooja Salhotra) 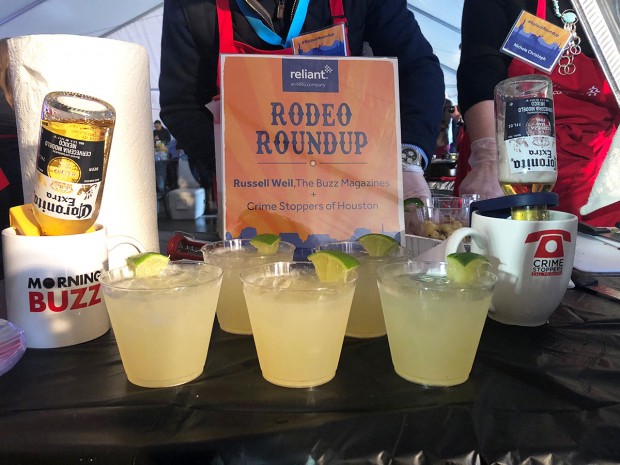 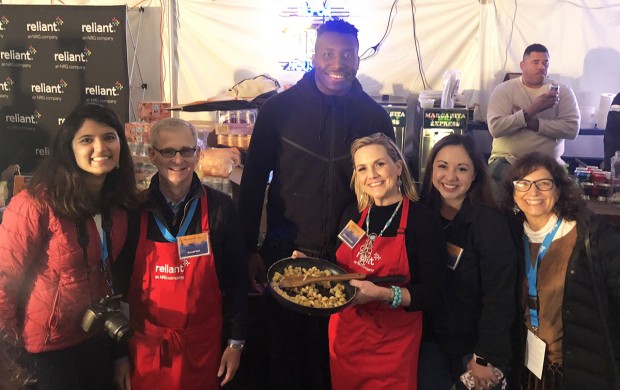 Posing with Jordan Thomas from the Houston Texans (in back) are (from left) Pooja Salhotra, Russell Weil, Nichole Christoph, Tania Cruz, Joni Hoffman. 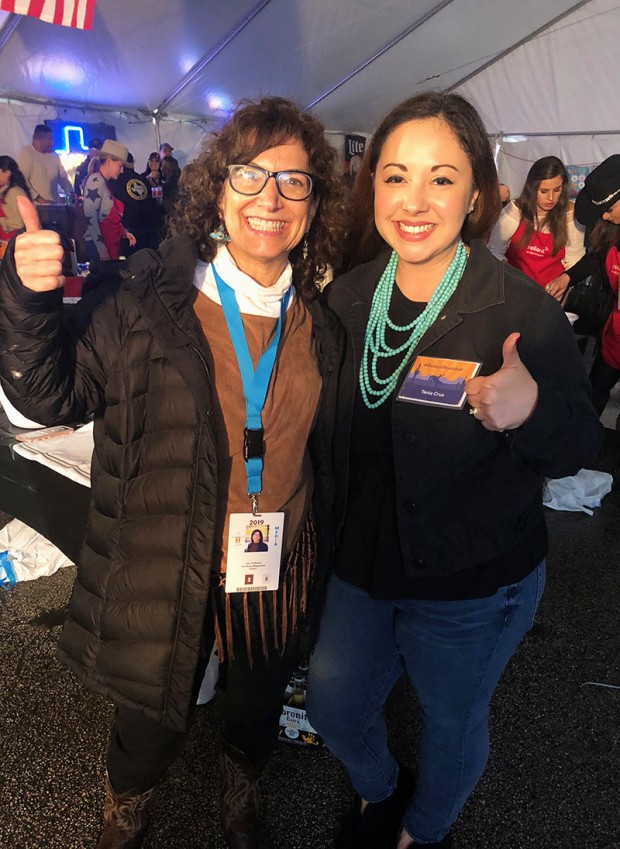 Buzz editor Joni Hoffman and Tania Cruz from Crime Stoppers of Houston cheered on Russell and Nichole during the competition. (Photo: Pooja Salhotra)