Celebrating Diversity at The Village School 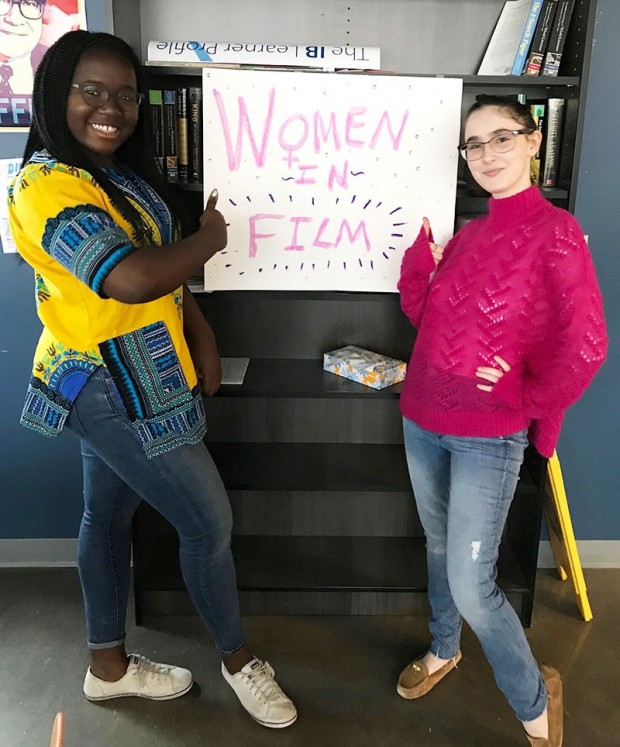 Ranked by Niche.com as the most diverse private school in Texas and the sixth most in the nation, The Village School is home to students from more than 60 countries. With residential and day students coming from countries including China, Russia, Nigeria and many more, students are exposed to a diversity of individual and cultural beliefs.

“Diversity Day is something I look forward to every year,” junior Layla Shere said. “It’s a day to learn new things, dress up in cultural clothing, eat good food, and have fun with friends. I think it’s important that we promote culture and diversity, especially at a school where people come from all kinds of backgrounds.”

During Diversity Day, students had the opportunity to dress up in cultural attire and learn about the different cultures of the world as presented by their peers. They had the opportunity to sign up for three 45-minute breakout sessions which were centered around the theme of diversity and culture, as well as gender equality – seeing that March 8 was also International Women’s Day.

“[Junior] Prithika [Sen] and I gave a presentation called ‘Gateway to India’, and [it] was about the different cultural aspects and religions of India,” Shere said. “I chose to present on this topic because I’m Indian, and our culture is so rich - there are over a hundred spoken languages, three major religions, and so many cuisines. After our presentation, we had a ‘rangoli’ (art designs made using colored powder) making activity, ‘pani puri’ for everyone to eat, and music playing for people to dance or sing along to.”

This year, there were more than a dozen offered sessions. Topics included learning Capoeira, an Afro-Brazilian martial art, a discussion on sexism, a lesson on anti-bullying and a presentation on creating safe spaces.

Not only did the sessions allow students to have the ability to appreciate the different cultures and traditions of people from all over the world, but they also allowed student presenters to practice their leadership and presentation skills.

“I don’t find myself to be very good at public speaking,” Menkiti said. “In fact, I just gave a presentation today and my voice was shaking the entire time because I was so nervous. Overall, however, it was an enlightening and exciting experience as I got to inform others while doing something out of my comfort zone.”

In addition to the breakout sessions, students also had the opportunity to perform a dance, song, poem, etc. during the Cultural Performance Show, in order to showcase and bring awareness of the different cultures.

“It is truly amazing to see other people express themselves and learn about other cultures, ideas, and traditions,” junior Akbarali Aziz said. “You see people coming together, and [there is] a mesh and exchange of cultures and idea. It is truly beautiful.”