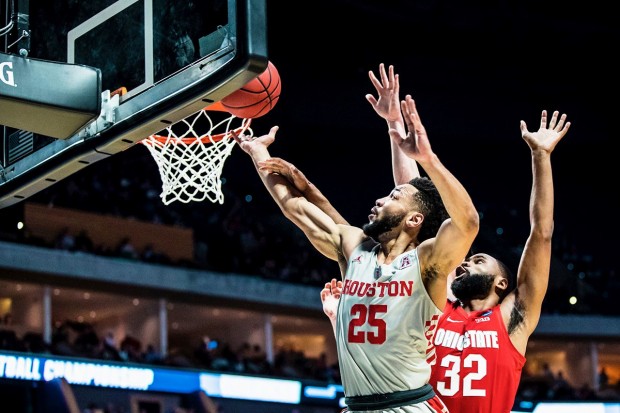 Galen escapes from Ohio State guard, #32 Keyshawn Woods, March 24, 2019. UH Cougars’ win over the OSU Buckeyes advances the Cougars to the Sweet 16 for the first time since 1984. (Photo: University of Houston Athletics)

Surely at least once during the past 21 years when University of Houston basketball standout Galen Robinson Jr. blew out his March 31st birthday candles one of his wishes was going to the NCAA Final Four. Cougar nation and the city of Houston are holding their breath and standing by with party horns in hopes that Galen’s birthday wish will be granted this Sunday - his 22nd birthday - which is also the day the Elite Eight teams play to determine who will head to the Final Four Championship.

Last Sunday, March 24, Galen and his Cougar teammates defeated Ohio State University to send UH to the NCAA Men’s Basketball Tournament Sweet 16, the reward for being one of 16 teams left standing after a whirlwind of basketball games played by 64 teams March 21-24.

The Houston program hasn’t been to the Sweet 16 since 1984 during UH’s famous Phi Slama Jama years. Galen, his teammates and some of his coaches and trainers weren’t even born yet. Galen’s parents were born but may not remember those basketball games since they were in elementary school. 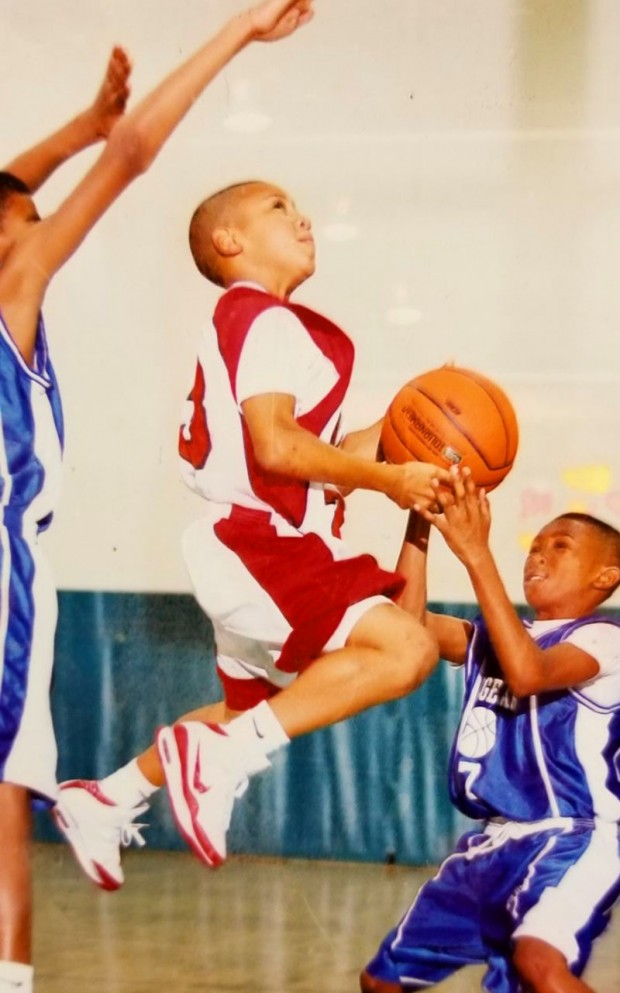 Galen at age 12, flying past his opponents and proving that even though he may be small he's still mighty.

Not that long ago, Galen himself was an elementary school student here in Houston. Yes, before Galen was a ferociously clawing Cougar, he was a wise Lovett Elementary Owl, a mighty Pershing Panda and a winning Westbury Christian Wildcat.

Galen’s kindergarten teacher, Maryanne Flory, shared, “He was always a nice student. We are having fun watching his success at UH. We wish him all the luck and hope he can go far.”

Abraham Ruiz was an extended day staff member at Lovett. A college student at the time, he often played basketball with the kids. “Even in third grade you could tell that basketball was in Galen’s blood. He already dribbled up and down the court better than most adults.”

In middle school, all five feet of Galen caused “panda-monium” on the court for opponents of the mighty Pershing Pandas in Braes Heights.

Reshawn Brown, Galen’s eighth grade coach, fondly recalled, “Galen was the smallest kid on the court but he started. He was always a leader, no matter what. You would be hard pressed to find anyone from teachers to students that would ever say anything bad about him. It was fun when he came back to visit a few years later and was over six feet tall!”

Before he began his crazy cat chapter with Shasta the UH Cougar, he was howling it up with Wylie the Westbury Christian High School Wildcat. 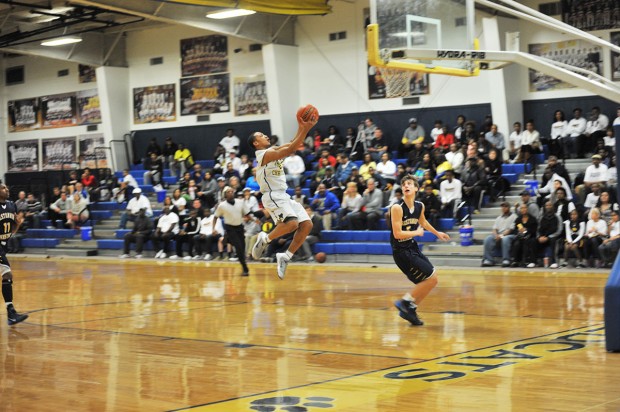 Galen’s freshman basketball coach, Russell Carr, remembered, “G didn’t play on varsity his first year. When he first got here, he was so tiny that he could barely make a layup. He dedicated himself to the gym.” Coach Carr continued, “Galen’s exactly like he is on TV. One of the most genuine kids I’ve ever coached. All personality. Great for our school community, good student, not your typical athlete as he was very focused on his sport but was also able to balance doing other things and mixing with other people. He’s inclusive, funny and very loyal.”

Kelly Braun worked in the Westbury Christian School office and her children were also students. “G always had good manners, smiled easily and made everyone feel like they mattered to him. Even though my daughter, Avery, was a year younger and not a big basketball fan, she still felt connected to him. My son, Riley, was a seventh grader and G would say hello. That says a lot when an older student reaches out to middle schoolers.”

Tyler Guidry, the current basketball coach at Westbury Christian, remarked, “I first saw Galen in action when I was a senior on the Westbury Christian basketball team, and he was playing for Pershing against my cousin’s St. Thomas Moore eighth grade team. You could immediately see he had lots of personality. You could see it in his game. The next year when I came back from college to visit it was a nice surprise to find him playing for my alma mater.” 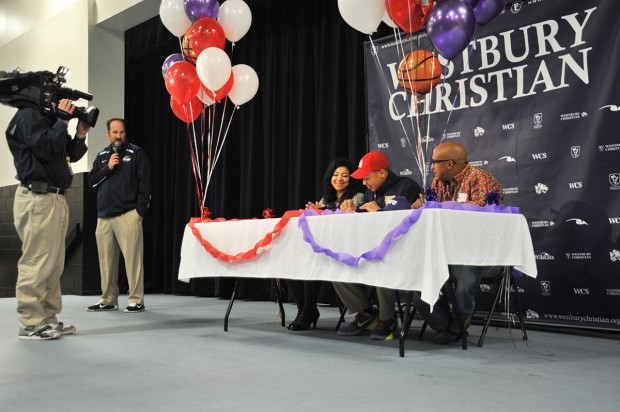 Galen officially signs with the University of Houston (where his father, Galen Robinson Sr. also played in the ‘90s). His mom and uncle look on proudly.

Trey Austin, Galen’s coach during his sophomore through senior year, during which the team won three Private and Parochial 4A State Championships, observed, “He’s very loyal and hardworking. Very family oriented. He loves his grandmother [Janice Spencer] and is proud to be a big brother to his two little sisters [Skyler and Khloe Richmond]. Sometimes when he had to watch the girls, he would bring them with him to the gym. He and his mom, Alicea Richmond, are very close. Galen was always practicing whenever he could get time in the gym, sometimes even after games. On more than one occasion his mom would sleep in the car until he finished.”

Coach Austin also added, “Galen was not as highly recruited as other teammates and friends during his junior year. He kept working to get better. Both TCU and UH began to get interested.”

University of Houston Head Coach, Kelvin Sampson, had only started at UH in April of 2014. The program was still turning around. The Cougars 2014-15, season record was 13 wins and 19 losses (compared with this year’s 33 wins and only 3 losses).

Coach Sampson would watch Galen at the practices, not just the games. He already knew he was a talented player but wanted to see how he handled himself and interacted with teammates. Would he be a good leader?

Perhaps what sold Coach Sampson were some of the same characteristics that impressed Galen’s high school teacher, Steve Hawley. "I was blessed to teach Galen in my Gospels’ class. He excelled academically and behaviorally, which others have done as well. What impressed me about Galen was that it wasn't a big deal to him when he was a big deal to others. He handled acclaim just like you would want any youngster to handle it; with grace, class and humility." 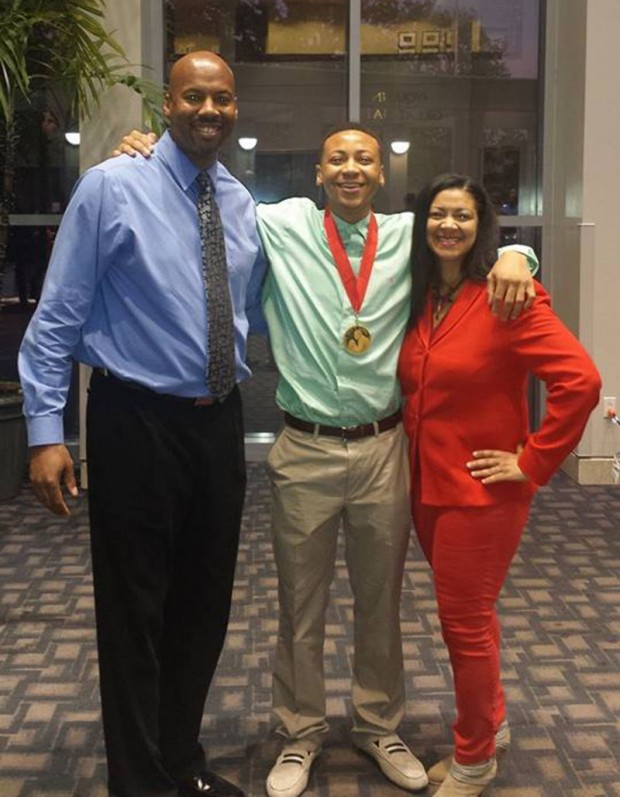 Coach Trey Austin, Galen and his mom, Alicea Richmond, beaming after Galen was awarded with the Guy V. Lewis Award honoring the best basketball player in Houston in 2015.

During a ceremony in the school cafeteria during lunch on Signing Day, Nov. 14, 2014, Galen passed on heading to TCU and officially became a Houston Coog. In May of his senior year Galen was honored to be the recipient of the Guy V. Lewis Award presented to the top high school boys basketball player in the city.

Marland Lowe, Galen’s Texas PRO summer travel team coach since he was 8 years old, shared, “At first he was nervous about his choice to play for Houston. He was worried because UH was not respected locally, statewide or nationally. G wanted to play and make an impact wherever he went to college. Everyone told him that the University of Houston would not only be a terrible basketball choice, but people would forget his name and what he had previously done in his career. He had won three State Championships! But his drive, determination and love #ForTheCity is what gave him the courage to help bring this program back to respectability.”

High school Coach Austin revealed, “Coach Sampson told him from the beginning it’s not going to be pretty. You’re going to have to work hard. Coach was setting the foundation.”

Four years later and headed to the Sweet 16, it seems like the hard work has paid off. 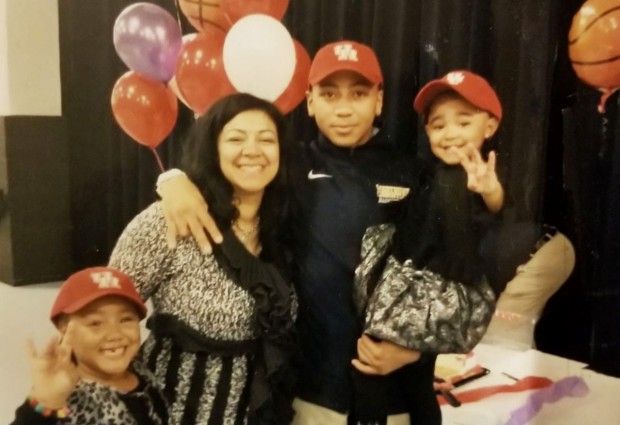 Galen celebrating signing day with his mom, Alicea Richmond, and his proud little sisters Skyler and Khloe who are showing their UH Cougar paw love.

Not only does Galen love the University of Houston, he also loves the city of Houston. One day he tagged a social media post #ForTheCity just to liven it up. It spoke to him. Then, just for fun and encouragement, he wrote those same words on the dry erase board in the team meeting room. The coach and staff liked it so much, they’ve continued to use the slogan as an inspiration for the team. In one interview, someone asked Galen what he likes so much about Houston and he shared that as a native he’s always just liked it and that is was hard to explain to a non-Houstonian - sort of like trying to explain the Atlantic Ocean to someone that’s never seen it.

Luckily those of us that live in Houston do appreciate that it is a special place filled with great people like Galen whose winning attitude is contagious. 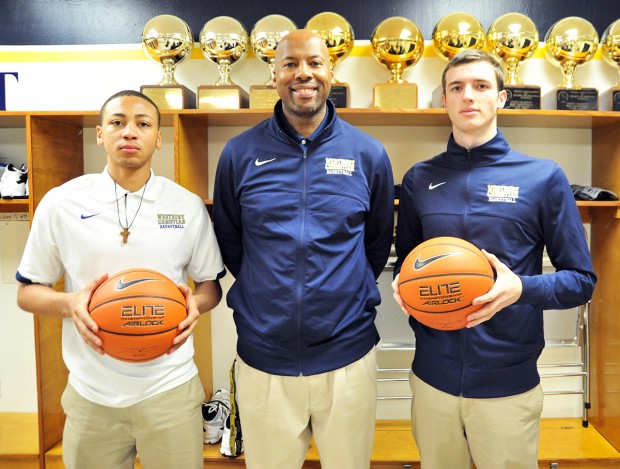 Galen is pictured in 2015 with teammate Grant Hazle - who now plays at Penn State - being honored by KHOU for being players of the week. Proud Coach Trey Austin is in the middle. (Notice all the Westbury Christian state trophies from over the years in the background).

Houstonians and all of Galen’s fan club - which is growing as fast he dribbles down the court - look forward to cheering on our hometown March birthday boy, Galen Robinson and his University of Houston Cougars teammates, Friday, March 29, as they travel to Kansas City for their Sweet 16 dance with the University of Kentucky Wildcats. (Galen, please be a wise owl and be panda beary careful to remember that you’re not a Wildcat anymore!) Once the Coogs win that, it will be a dance with either North Carolina or Auburn on Sunday.

Lovett Owls, Pershing Pandas, Westbury Wildcats and every Houston school and their mascots are all cheering for the UH Cougars’ Sweet 16 party to turn into a Sweet 22 birthday for Galen.

No matter what, we think that Galen’s future is very bright. Happy Houston-size Birthday, G.

Read about dedicated UH Basketball fans over the years here. 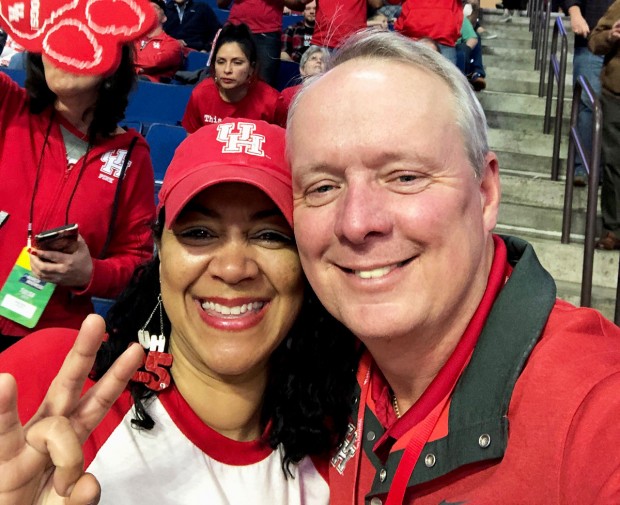 Cougar Fan Tim O’Rourke took a picture with Galen’s mom, Alicea, at the first game of the tournament in Tulsa, March 22. 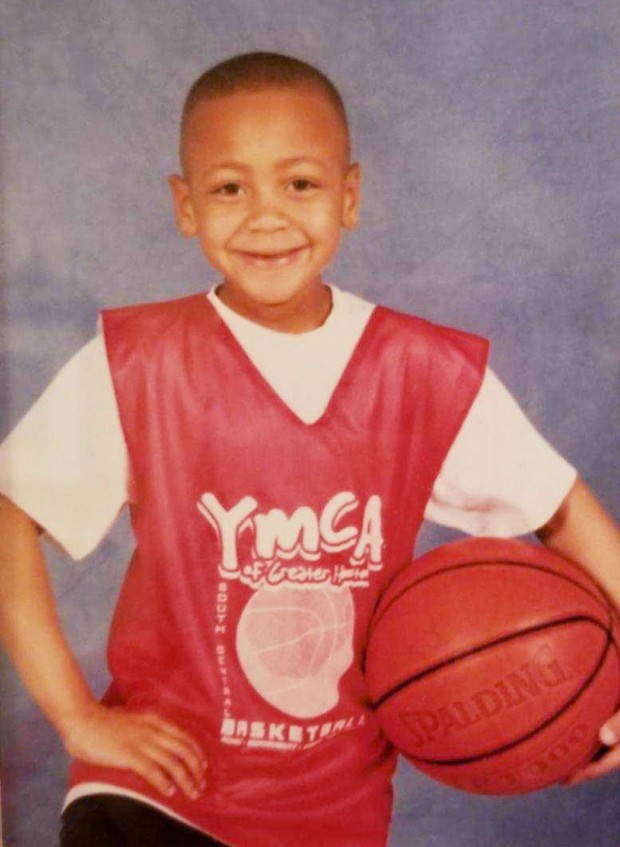