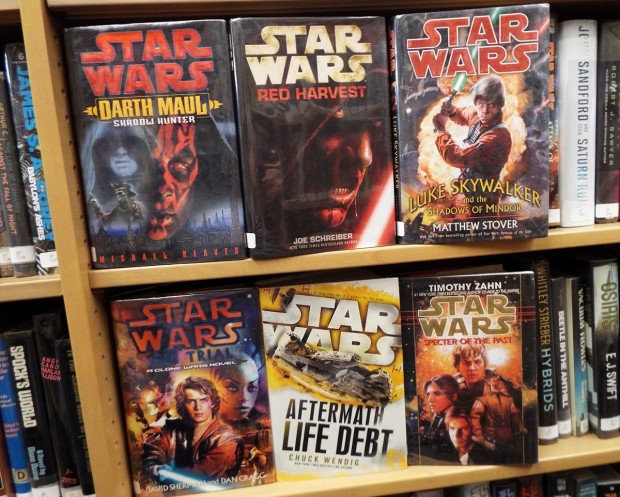 In honor of the "May the fourth" fun, Bellaire librarian Mary Cohrs talks Star Wars books and movies.

A greeting that is growing in popularity around May 4 each year is “May the Fourth be with you,” a reference to the phrase from the original Star Wars movie. I like the greeting and look forward to the creative ways it is creeping into usage.

Since then, the Star Wars empire (pun intended) has grown to several movies and created memorable characters that are household names today. Even Yoda had an American Library Association’s READ poster produced and the creative character costumes still haunt us every Halloween.

This is also one of the few movies that spawned a book series. Usually the book precedes a movie or series, such as George R. R Martin’s A Song of Ice and Fire known as the Game of Thrones series, but more on that another time.

By 2014, the first of original novels, novel adaptations, original junior novels, junior novel adaptations, young readers, short stories, graphic novels, board books, picture books, and reference books appeared to satisfy our Star Wars cravings. In fact, it was announced on May 4 that a new adult novel, Resistance Reborn, is set to be released on Nov. 12, just before the movie, The Rise of Skywalker, premieres in December. You can certainly find some type of book to read that is based on Star Wars.

The Force is strong in these books. Keep reading, it is our only hope.