Perspectives on STAAR Testing for Students 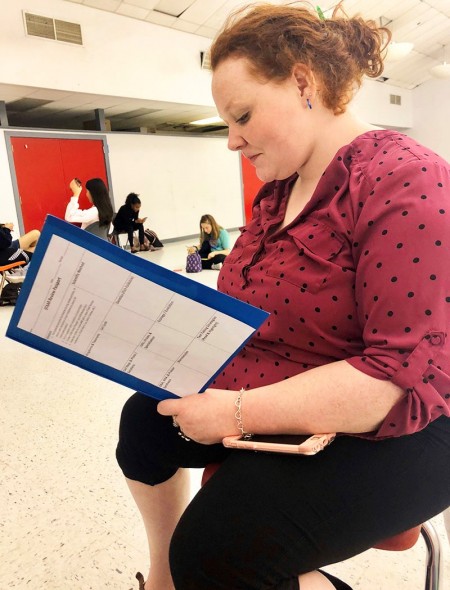 Anne Greene, a freshman at Bellaire High School, looks through study material in preparation for the upcoming Biology STAAR on May 7.

Every year, students sit for hours on end in classrooms, the occasional crinkle of a paper or the drop of a pencil the only sounds cutting through a stiff silence. This eerie quiet is synonymous with STAAR testing, a Texas-mandated standardized test administered to all public school students in HISD and other districts.

STAAR testing has already begun this year, and many Bellaire High School students have already taken an English assessment. Biology, U.S. History and Algebra 1 are soon to follow. Many of my peers roll their eyes at the mention of STAAR, the tedious preparation that precedes it often more challenging than the test itself. Many criticisms of the test, whether from parents, teachers, or students, have started a state-wide debate regarding the effectiveness of the STAAR.

“In my opinion, I think that the idea of testing students to see if they have surpassed the expected academic standards is not bad,” says freshman Sophie Lamothe. “It’s just very tedious and exhausting. I don’t think it’s beneficial.” Sophie’s opinion is shared with many of her peers. No matter a student’s grades or academic achievements, one rarely hears anyone sing the STAAR’s praises.

Not only do students question the effectiveness of STAAR, some question its ethicality as well. Anne Greene, also a freshman at Bellaire, argues that STAAR is not a fair way to evaluate students. “Pearson is just taking advantage of schools. They have to pay for this horribly written test that doesn’t even do a good job of evaluating us. It’s basically a scam.” The negative student response just adds to the concern surrounding the test, especially considering Pearson’s multi-million dollar price tag, which is reportedly an estimated $90 million per year.

Even teachers harbor ill-feelings towards the infamous test. Elizabeth Chapman, one of Bellaire’s English teachers, believes there is a better way to test her students’ aptitude.

“I think that there are some standardized tests that can give us insight into what students have learned and achieved, but I don’t think that STAAR is one of them.” As to an alternative, she suggests a more widely administered test. “I would much rather see our state use the SAT which has the added benefit of preparing students for college than our own state test.”

With STAAR gaining more criticism statewide, it seems unlikely that many future Texans will have to take it. However, for the time being, students from Bellaire High SWchool and across the state will keep studying and preparing for STAAR, regardless of its dubious benefits.