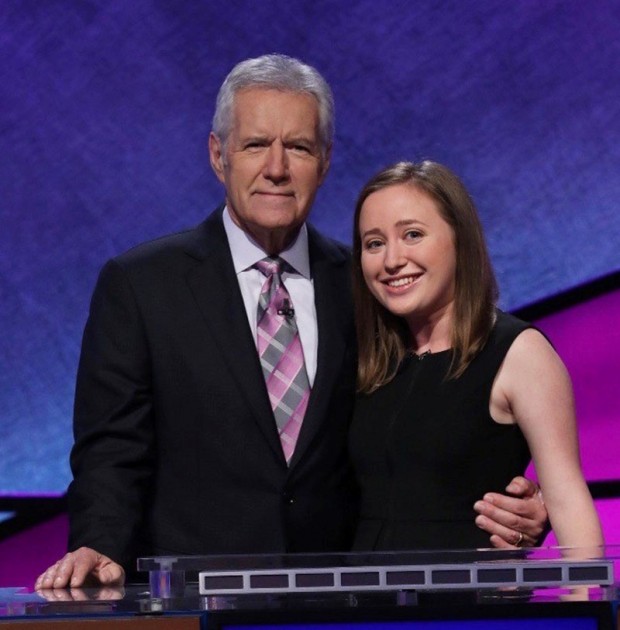 Alison Purcell, pictured with Jeopardy host Alex Trebek, a is competing on the 2019 JEOPARDY! Teen Tournament. The tournament was taped in Los Angeles in the studio. (Photo courtesy of Jeopardy Productions, Inc.)

Question: A Bellaire teenager who’s a contestant on the 2019 JEOPARDY! Teen Tournament.
Answer: Who is Alison Purcell?

Alison Purcell, a recent graduate of Carnegie Vanguard High School, was one of only 15 teenagers out of more than 10,000 teens who applied from across the United States to be chosen to compete in the upcoming 2019 JEOPARDY! Teen Tournament.

The tournament was taped in Los Angeles television studios. The winner of the tournament receives a prize of $100,000. 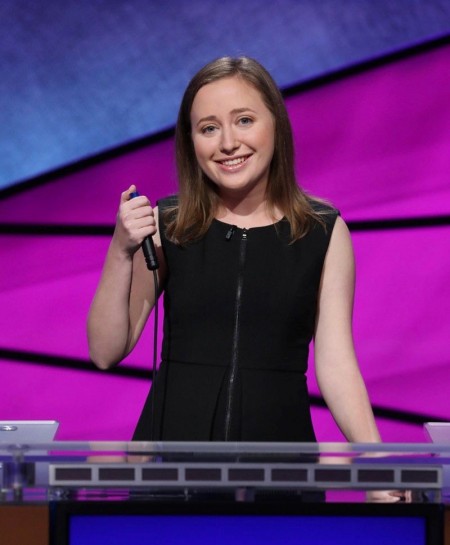 Alison, her parents Ari and Heather, and little sister, Dani, are sworn to secrecy and haven’t shared the outcome of the tournament with anyone. They’re looking forward to the episode finally airing Tuesday, 1 p.m., and plan to gather with family and friends at a watch party.

Alison is a graduate of Condit Elementary and Pin Oak Middle School. We’ll be “buzzing” you on, Alison!

Editor’s Note: Alison was recently featured in our Class of 2019: Where are they headed? story. See where other local grads are heading to college and what advice they'd give their kindergarten selves if they could.