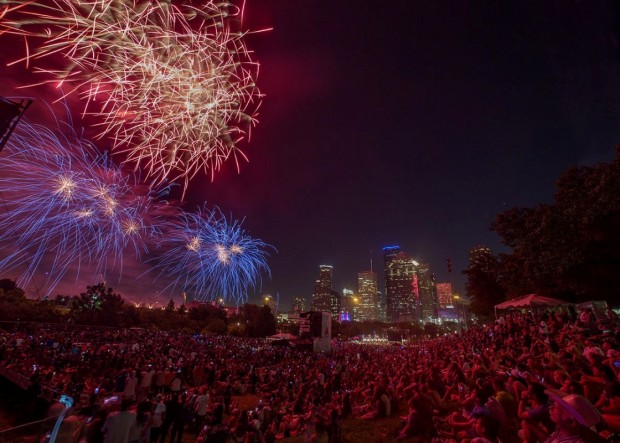 This year, celebrate Fourth of July along with the 50th anniversary of the Apollo 11 Moon Landing at Freedom Over Texas. (Photo: Richard Carson)

The Fourth of July is right around the corner (an aside: How has half the summer passed by so quickly already!?), so by now you’re probably wondering what you’d like to do. Have no fear, because we have got you covered - there are events going on all across the city. Happy Independence Day! 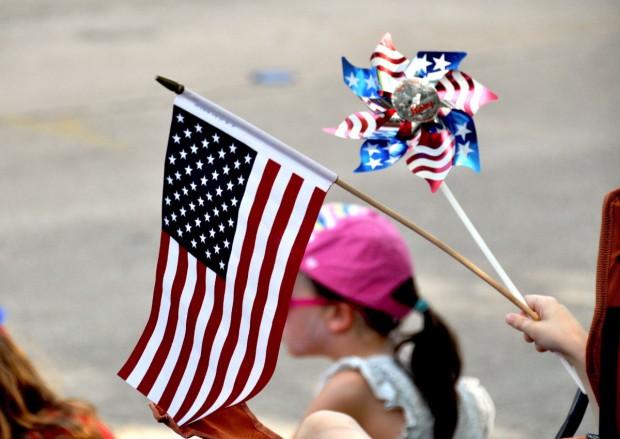 Those at the corner of Piney Point Rd. and Greenbay St. were adorned with all things Fourth of July.

Memorial Villages Independence Day Festival: 9 a.m. @ Memorial Church of Christ
The annual Villages July 4th festival includes a giant parade throughout Memorial near MHS, finishing up with a huge festival. The festival itself will feature live music, a rendition of the national anthem by the SBISD Honor Band, dance groups and the grand finale: a gush of water from the big ladder truck from the fire department for all the kids to play under. Other festival activities to get excited about carnival games, pony rides, petting zoos, mazes and face painters.

West U Independence Day Bike Parade: 9 a.m.-12 p.m. @ Colonial Park
The annual bike parade put on by the West U Parks and Recreation Department will begin right at 9 a.m. Gather in front of City Hall at 8:45 a.m. with your decorated bike or trike to join in on the fun. Wagons and strollers are also welcome. After the parade, the pool will have free admission until 12 p.m. There will be balloon artists, face painters, and a money dive at the pool! One more thing you won’t want to miss: the Dad’s Belly Flop Contest. The pool will remain open until 6 p.m. 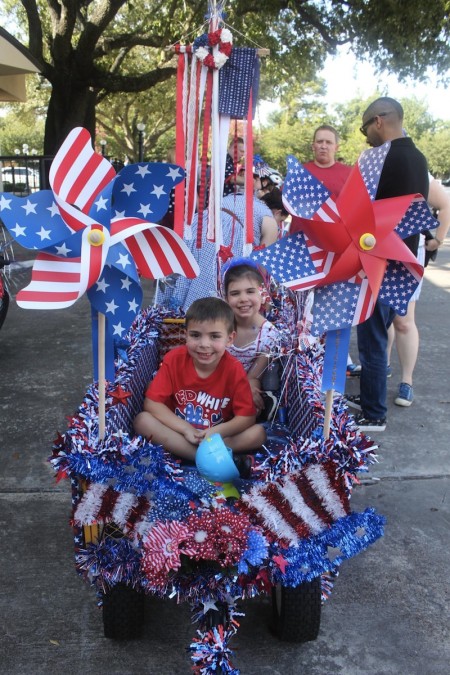 Harper and Holden Moore sitting in their USA wagon ready to walk in the parade.

City of Bellaire Fourth of July Parade and Festival: 9:30 a.m.-1 p.m. @ Bellaire Town Square and Loftin Park
Join your Bellaire neighbors with a parade starting at 9:30 followed by a festival lasting until 1. Entry is free. The festival will feature a petting zoo, games, food from local restaurants, music and rides.

Fourth of July Celebration at Bayou Bend: 12 p.m.-5 p.m. @ Bayou Bend
Bayou Bend’s July 4th festival will feature crafts, performances by the Texas Army Fife & Drum Corps, activities, a lemonade toast, a reading of the Declaration of Independence, a “visit” from George Washington (dressed-up history interpreter Wesley Wright), a show about Betsy Ross, music and more. All this, and admission is FREE! The Museum of Fine Arts will also be open all day on the 4th.

Freedom Over Texas: 4-10 p.m. @ Eleanor Tinsley and Sam. Houston Parks
Houston’s biggest July 4th party is not one to miss. This year, featured performers include country stars Jake Owen and Kellie Pickler. Local bands will also be performing. Expect a kid’s zone with books, games, rock walls and even more. Topping off the night will be a massive firework show. Also available are food and drinks at a beer garden! 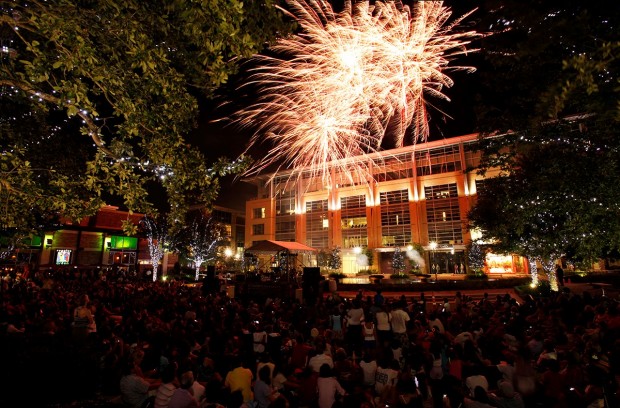 Look forward to an evening of live music and a 15-minute fireworks spectacular on July 4 at CityCentre.

Independence Day Fireworks Spectacular: 7-11 p.m. @ CityCentre
CityCentre is celebrating the 4th with a 15-minute fireworks show (starting at 9:30). The party will also feature live music on the green.

ExxonMobil Summer Symphony Nights: Star Spangled Salute: 8:30 p.m. @ Miller Outdoor Theatre
As per tradition, the fantastic Houston Symphony will play patriotic-themed songs, followed by a huge firework show. Bring a blanket and sit under the stars for both shows.