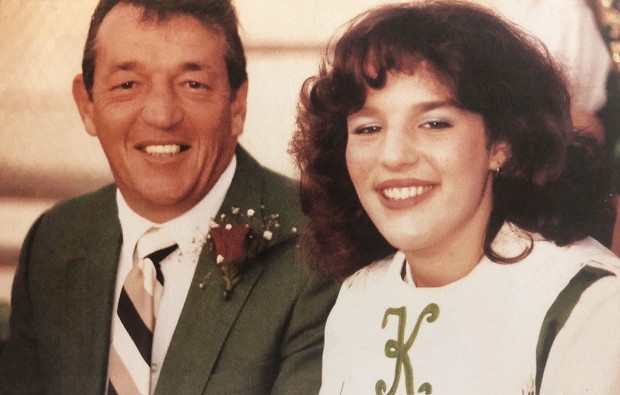 “It’s better to be looked over, than overlooked.” This famous Mae West quote was one of my father, Vic Vine’s, favorite sayings and an unofficial family motto. My dad had the good looks of Dean Martin, the loud golfer’s wardrobe of Rodney Dangerfield’s character in Caddy Shack, and the friendly attitude of Will “I never met a stranger” Rogers. To put it mildly, my father was a larger-than-life character and lots of fun to be around.

In south Texas, where I grew up, high school football is its own religion and the homecoming-game festivities ranks up there with Christmas and Easter. Alumni return to root on their teams and ladies of every age proudly display their school loyalty by wearing giant, five-inch white mum flowers decorated with three-foot-long ribbons, stickers, trinkets, glitter and pipe cleaners in their school’s colors.

During my senior year at King High School in Corpus Christi, I was nominated for the homecoming court and had asked my father to be my escort. Before the game, each nominated girl is announced over the loudspeaker and has the privilege of walking out onto the football field with her escort. Our school colors were green and white, so naturally my dad got into the spirit of things by wearing his “golf course green” sports jacket that looked like he had just won the Masters. I wasn’t crowned Homecoming queen that night, but I was bestowed a cherished memory of having my dad beaming proudly at me and feeling the volume of his love and pride, which was a very special gift.

After that night, life went on (as it has a habit of always doing, whether you are ready or not) and I was off to college and the adult phase of my life. After college, I moved out of state to pursue my career. Over the next few decades, I enjoyed seeing my father and the rest of our family every couple of years when I could come back for periodic visits.

In my mid-30s, my father passed away. I was given the task of going through the house to collect photographs that captured moments from his colorful life to display at the funeral. In his office, I returned a smile to the happily-grinning, big-haired and youthful-skinned versions of my father and myself frozen in time from that long-ago happy homecoming night. As I picked up the photo, I felt something on the back of the picture frame. I turned it over and discovered a small, browned and curled newspaper clipping taped on the back. Little did I know I was about to receive a gift that felt like getting a much-needed wink and hug from my father. Intrigued, I read it… 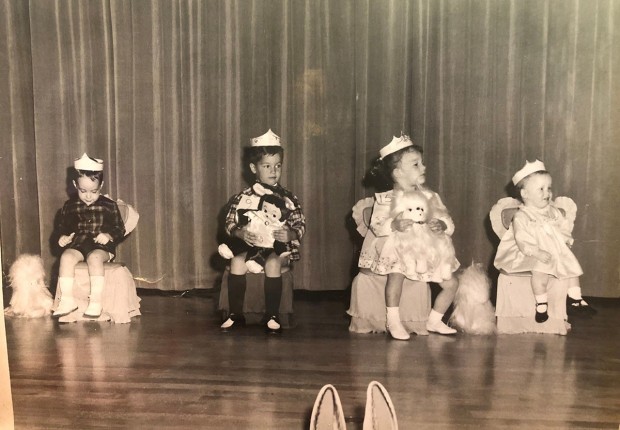 My eyes filled with tears of joy as I realized that my father had saved this 35-year old article from 1968 when our family was living in Okinawa, Japan, where he was stationed as a naval officer. During that year’s annual Easter Baby Show, in all of my toddler glory, I had been christened Queen. My heart smiled, realizing that my typically unorganized and unsentimental father had taken the time to save that article and tape it to the back of the picture.

Now, I have that same homecoming picture sitting on my desk at home and, looking at the joy in our faces reminds me of how much fun my dad could be. Although he wasn’t perfect, he sure knew how to live life to the fullest and generally tried to have a positive outlook. At this point in my life, having lost both my parents and my 51-year-old big brother, Vic, I understand that life is short. I try my best to celebrate each day, count my blessings and let people know that I love and appreciate them. I am thankful that I had my father as a mentor and am often encouraged by looking at that photograph and the glint in my father’s smiling eyes that seem to be saying, “Go, Karen! You can do whatever you want to do!”

Recently, I decided to see if there might be some long-ago inscribed message from my dad inside the frame. My hunch was partially right because I did discover a nostalgic note written on the back of the photo, but instead of being authored in my dad’s recognizable all-caps handwriting, I found the words penned in my teenage-girl loopy cursive…

So this time, it was my teenage self that had been able to send a wink to the future and put a smile on my middle-aged face by giving me reassurance that I had expressed my love and appreciation to Dad while he was still alive.

To end as I began, here is another Mae West quote that expresses my dad’s flamboyant zest for life, which continues to inspire me: “You only live once, but if you do it right, once is enough!”

Thanks, Dad, for always inspiring me to live each day to the fullest no matter what. I love you and miss you and continue to have lots of fun trying to “do it right.”

The family of Vic Vine takes a moment to pose for a group photo and give a cheer for his wonderful life, 1928- 2004. (Writer Karen Vine Fuller is pictured, top right, holding her son, Thomas).