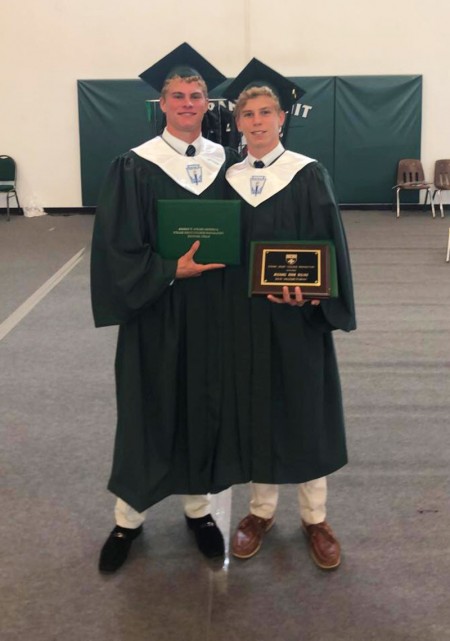 Matthew and Michael Boling share a brotherly moment together.

Michael Boling was recently named valedictorian for Strake Jesuit College Preparatory’s Class of 2019. If Michael’s last name sounds familiar, his twin brother Matthew received national attention this spring for his record-breaking track performances (including a 9.98 100-meter dash). The Boling brothers were even featured on NBC Nightly News together.

“Overall, it was just a very exciting experience, and it was pretty awesome seeing my brother and I on national television.” Michael said.

Michael learned that he would be his school’s valedictorian after taking one of his AP Exams. Mr. John Norkus, one of Strake Jesuit’s administrators, called Michael into his office, where he was greeted by the school’s principal, Mr. Kenneth Lojo, and the salutatorian, Joshua Herrera.

Strake Jesuit’s valedictorian is selected differently from most schools because it isn’t determined simply by the highest GPA. You do have to be at the top of your class to earn the honor, but Strake Jesuit also incorporates some of the other Grad at Grad qualities in its decision making. The Grad at Grad qualities include: open to growth, intellectually competent, physically fit, religious, loving and committed to doing justice. The school also looks at candidates’ extracurriculars, service and character, along with high GPA and academic success.

“The title of valedictorian is a huge deal to me not because it simply denotes a high GPA and academic standing, but because the teacher’s recognized in me all of the qualities of Grad at Grad and saw me as an exemplary example of what it means to be a Strake Jesuit student,” Michael commented.

Michael definitely qualifies for the physically fit quality included in Grad at Grad, excelling in track and field like his brother Matthew. Michael stood out as UIL District 23-6A’s Pole Vault champion with a height of 13 feet, 6 inches.

When asked about this past year for his family, Michael said, “It has been a crazy year to say the least. Matthew’s achievements and his successive recognition and fame all happened very quickly, and it has been fun to see it all unfold. For me, the academic recognition has also had similar effects on my family, and they are very proud of both of us for what we have accomplished this year.”

The Boling twins are very supportive of each other, and Michael said, “As twins, we are very close and thus are always there for each other. I try to help Matthew stay focused during stressful times, and he does the same for me when I get stressed about schoolwork or other various things. We talk to each other a lot and spend most of our free time together, and I see this as indirectly supporting each other in our endeavors and in life.”

The two will continue to stay close for the next four years. Michael will attend Georgia Tech, which ranks second in mechanical engineering behind MIT and is located close to the University of Georgia, where Matthew will be going. Those factors played a big role in Michael’s decision making.

For students looking to do well in the classroom, Michael stated, “I would say the greatest advice I could give is to set goals, stay focused, and do anything and everything it takes to achieve those goals. Recognize your teachers’ respective teaching styles early and use that knowledge to your advantage.”

These strategies along with years of hard work have helped Michael earn his success. 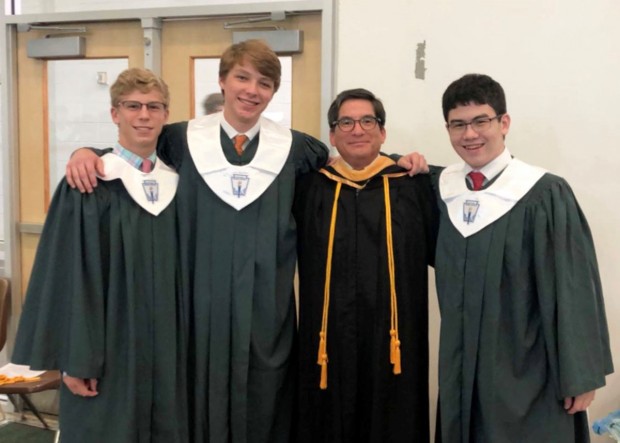 AP Calculus BC is known a challenging class at Strake Jesuit. Pictured is Michael Boling with teacher Mr. Carlos Roman and classmates.