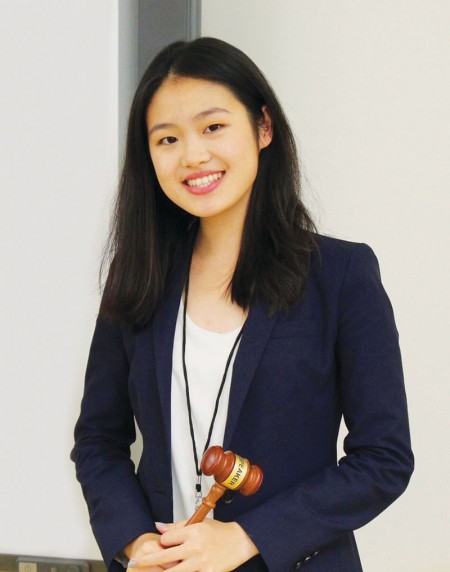 My experience with politics has been tied to elections. The first news event that I really remember is the election of former President Barack Obama. The first time I really started following current events was the 2016 presidential election. And the first time I got involved with local politics was the 2018 midterms, when I worked as a high school election clerk. Throughout this time, I watched political polarization get worse and worse. Even at school, I watched people get into shouting matches over tense issues, like gun control and abortion.

The idea for a Day of Unity came from a partnership between Texas HS Democrats and Texas HS Republicans. The idea was simple: Get hundreds of high schoolers together and figure out how to bridge the gap by listening to top speakers from both sides of the political aisle and discussing issues. We held it on March 31 at Rice University. The organizers – Rena Schwartz, Jordan Hinrichs, Ioana Nechiti, Sarika Kotha, Pranav Konduri, James Wei and myself – met multiple times over multiple cups of coffee to make the event happen. We had everything planned down to exactly where the speakers would park.

The event went off without a hitch. Through our speakers, we got to look at different perspectives. Veteran Wesley Hunt explained the importance of a mindset to serve in order to have unity. Houston City Council candidate Raj Salhotra and journalist Michael Lindenberger explained how expanding information and discussion can bridge the gap. City Council members Jerry Davis and Jack Christie explained how they became amazing friends and learned to compromise, despite having to vote against each other at times. The answer? Good hamburgers.

I left the event with a better idea of unity and actually came to terms with a friend over an issue that we had fundamentally disagreed about for a long time. The Day of Unity organization has spread across America, with events being held in multiple states. Keep up, adults! We teenagers are figuring out this whole political polarization thing before you.

Editor's note: Day of Unity 2020 was unfortunately canceled due to COVID-19, but students at Bellaire High School are working towards an online Day of Unity 2021. Also, a former Day of Unity organizer is working to turn the Day of Unity method into a Civic Discourse curriculum that has been introduced to the Texas Education Agency. Lucy has since graduated high school and is now attending college, where she's working with the Harvard Undergraduates for Bipartisan Solutions to advance bipartisan legislation in the Massachusetts State Legislature and create a bipartisan environment on her college campus, just as she tried to do in high school through Day of Unity.