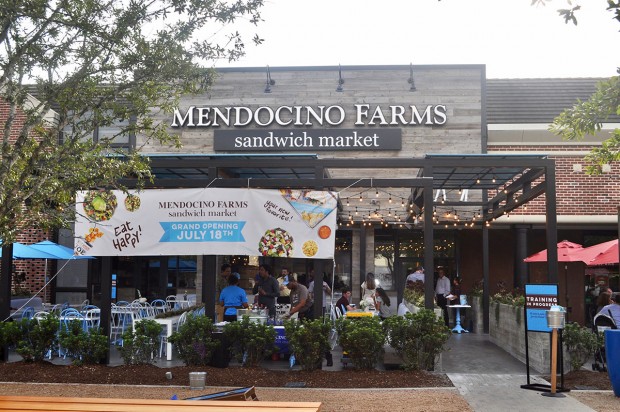 Rice Village’s newest eatery, Mendocino Farms, was bursting at the seams Thursday evening as dozens of guests sipped on wine, sampled bites from the menu and even played foosball and corn hole at a pre-opening VIP party.

With several outposts in Southern California, Mendocino Farms offers a range of sandwiches and salads, all made with fresh, responsibly-sourced ingredients, as well as a selection of beer and wines. The restaurant’s co-founders  — husband-wife-duo Mario Del Pero and Ellen Chen — chose Houston as the site of their first major expansion outside of California. They are slated to open three outposts in Houston this year, the first one on Morningside Drive in the Rice Village, on July 18. A second location opens in Uptown Park in the fall, and a third opens in the winter on Main Street in Downtown.

Ultimately, Mario said, they hope to open a total of five outposts in Houston. All of the food is made at a central kitchen in Dallas and then trucked over to Houston. To make that venture worthwhile, a few stops are necessary.

Houston was selected for the expansion after detailed research revealed the Space City fits the three factors Mario and Ellen were looking for: a foodie town, a city with great neighborhoods, and a city where people would appreciate a higher-end sandwich shop. 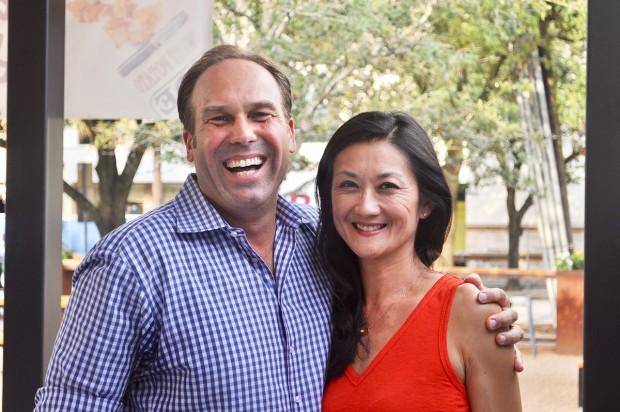 “Our food, we call it approachably adventurous,” Mario said. “We don’t think it’s so far esoteric and out-there. It’s definitely within the confines of food you can relate to. Yet at the same time, we add kind of these chef-y creative twists.”

One of these creative twists is a collaboration with James-Beard award winning chef Chris Shepherd, who helped create a special sandwich for the Grand Opening. The sandwich features Chef Chris’ pecan wood smoked bacon sausage and is garnished with “wedge slaw,” red onions, tomato and housemade roasted garlic aioli. It will remain on the menu for one month, and proceeds from that sandwich’s sales will benefit Chef Shepherd’s Southern Smoke Foundation.

Although “Mendo” (as the restaurant’s fans call it) won’t officially open to the public until July 18, some neighbors had a chance to get a preview at a pre-opening party on Thursday, July 11.

“I loved the salads,” said West U resident Carleta Sandeen, who attended the event. “I think this restaurant really adds something to the [Rice] Village. There’s burger places and ethnic places but there isn’t really anything like this.” 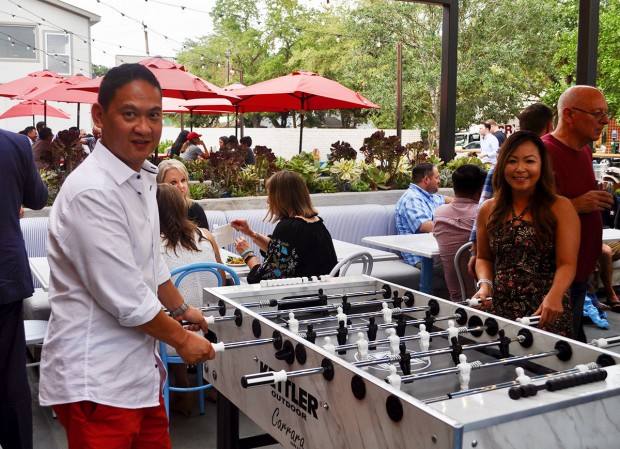 Buzz residents Tam Ho and Dee Tran take a break from the food and wine to play a game of foosball at the pre-opening party for Mendocino Farms. (Photo: Pooja Salhotra)

“There’s no fresh, farm-to-market place,” added Carleta’s friend Kimberley Cooper. Kimberley said she appreciated the range of vegetarian options available on the menu, which even includes a section called “Vegan for All.”

The restaurant sits between Hopdoddy and D’Amico’s Italian Market. The front of the restaurant features a dog-friendly patio space that seats 56 people and also includes corn hole and a foosball table, adding to the restaurant’s vibe as a neighborhood hangout spot.

“Rice Village is such a great cross-section of college students, people who work in the area, the medical center and families,” Ellen said. “We created this restaurant to fit in this neighborhood.” 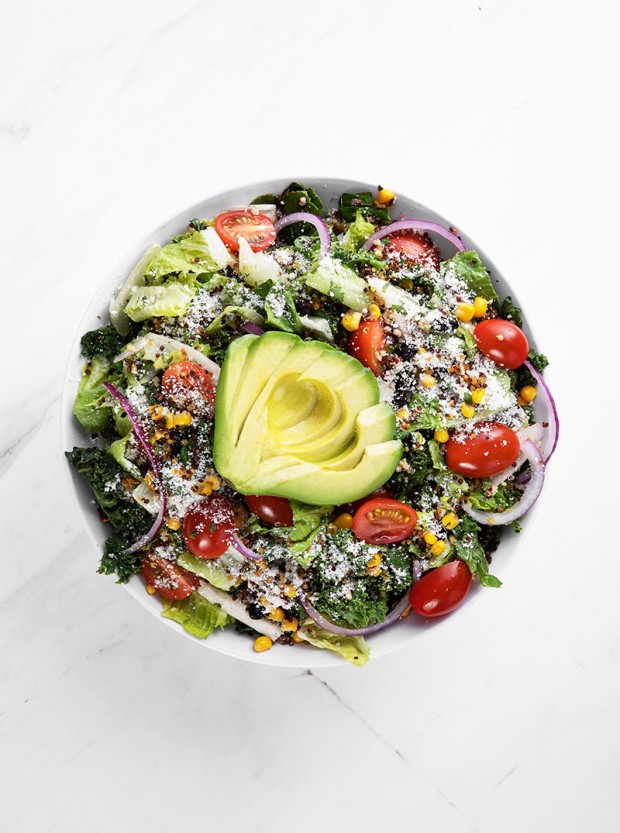 Mendocino Farms’ menu features a range of fresh salads, such as this Avocado and Quinoa Superfood Salad. (Photo: Mendocino Farms) 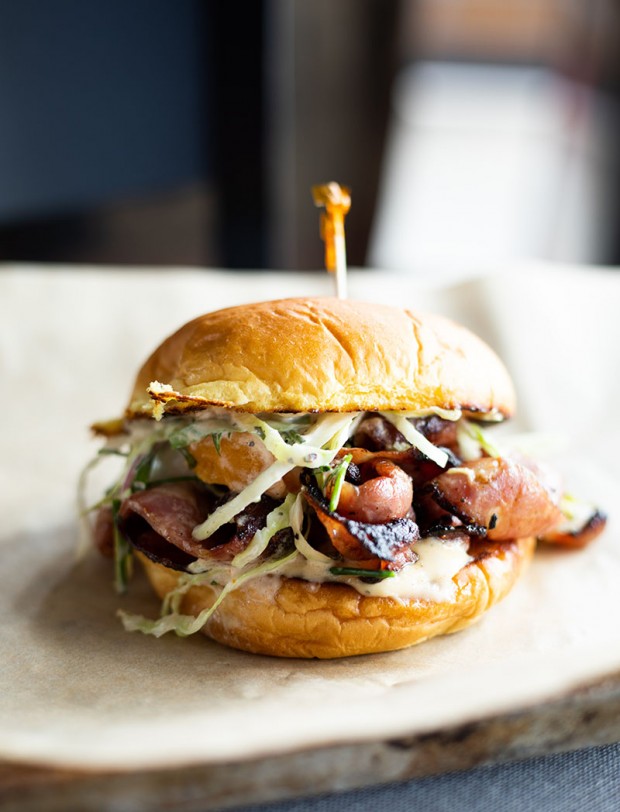