Live Music in Houston This July 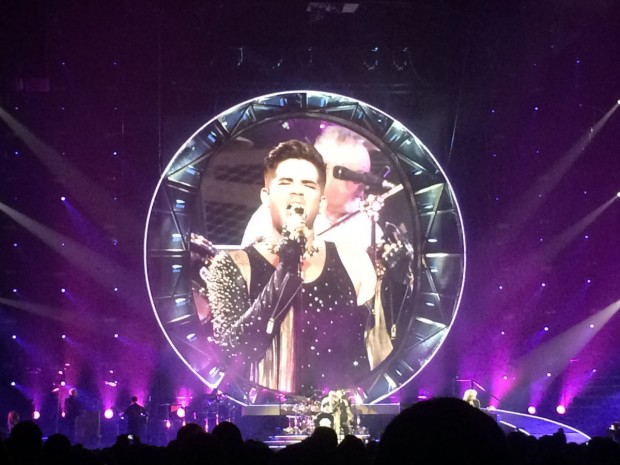 Haley Kurisky saw Queen and Adam Lambert (pictured) the last time they came to Houston with her sister, Holly Kurisky.

July: Truly the dog days of summer. If you don’t have any vacation plans, try a staycation! Go to some fun Houston restaurants, hang out at your local park or pool (or both!), and catch a concert for the start of a night out on the town. You don’t have to go to a destination spot to relax and enjoy something new and interesting - catch a show right here in H-Town!

July 3: Star Spangled Salute: The Houston Symphony @ Cynthia Woods Mitchell Pavilion
Check out my July 4th roundup for ideas like this one to keep you busy (musically and otherwise!) this Independence Day!

July 6: Sad Summer Festival feat. The Maine and Mayday Parade @ White Oak Music Hall
There seems to be a lot of 2000s emo kid music this month . . .  But I’m not complaining! This collective concert also features Forever the Sickest Kids, another angsty (in a good way, I promise!) band who was big when I was in middle school.

July 7: Santana and The Doobie Brothers @ Cynthia Woods Mitchell Pavilion
If you missed Santana at the Rodeo this year, don’t miss him now! I can attest that he is ALWAYS good live. And you really can’t go wrong with the Doobie Brothers.

July 13: Diplo @ Stereo Live
If you want to dance, jump, and see in person the man who ruined Joe Jonas and Sophie Turner’s secret Vegas wedding, look no further!

July 16: Yes, Carl Palmer, Asia, etc. @ Smart Financial Centre
See you there! I’ve seen Yes before, and they were cool. I love when artists team up like this, too; you get to see not only Yes, but similar artists Carl Palmer and Asia.

July 18: Cowboy Mouth @ The Heights Theater
If you’re a regular HHWH (Houston Happenings With Haley) reader, you know Cowboy Mouth is one of my favorite bands out there. And if you don’t.. Now you do! Cowboy Mouth is a NOLA-based band that performs at Jazz Fest every year. They put on one of the greatest live shows of any band currently performing…!! Truly, their show is fun, uplifting, and amazingly exhausting. Trust me on this one.

July 18: Khalid @ Toyota Center
I’m really into this song Khalid released with John Mayer - “Outta My Head.” It’s catchy, it’s relaxing, and it showcases just how effortlessly “cool” Khalid and his music is.

July 18: Silent Disco @ The Houston Zoo
The Zoo is hosting an adults-only silent disco, complete with arm marbling, giant lawn games, specialty drinks, and a special look at certain animal exhibits. Don’t know what a silent disco is? You grab some headphones and pick what type of music you want to listen to, then dance along with the crowd - you could all be listening to different live feeds!

July 21: The Try Guys @ Revention Center
The Try Guys are Buzzfeed/Youtube sensations who make funny videos and host live performances that serve as comedy/music/acting performances, all in one.

July 24: Queen + Adam Lambert @ Toyota Center
I saw Queen with Adam Lambert the last time they came to Houston and they were great. The lighting and stage setup were great, and Adam Lambert does a great job filling in the Freddie gap.

July 25: Shawn Mendes and Alessia Cara @ Toyota Center
This is a great time to see Shawn Mendes. It seems he is truly at his prime. He played at ACL last year, he just released a new single with Camila Cabello, and he is in a bunch of new underwear ads. That’s the sign you’ve made it, right?

July 31: Blink 182 feat. Lil Wayne @ Cynthia Woods Mitchell Pavilion
Just when you thought this month could not get any more punk! Blink and Lil Wayne are an unexpected combination, but not a disappointing one.