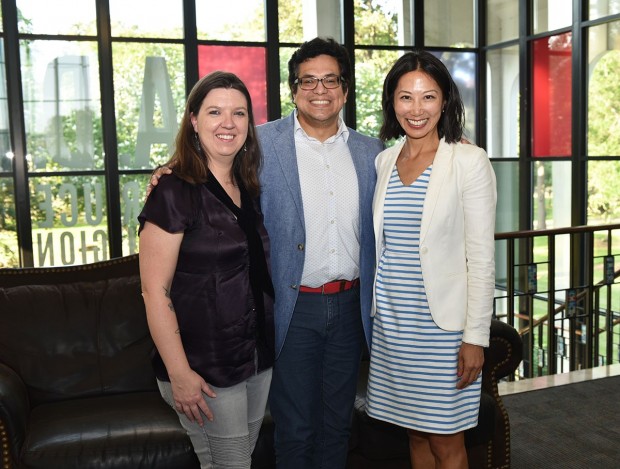 Living in the most diverse city in the country means being fortunate that there’s always something cultural happening, always an opportunity for Houstonians to come together, learn about each other and celebrate our differences.

Which is a perfect reason to pay attention to the 23rd Annual QFest, Houston’s International LGBTQ Film Festival. Happening Wednesday, July 24 through Wednesday, July 31, QFest screens films by, about and of interest to the lesbian, gay, bisexual, transgender and queer community and LGBTQ allies. The idea is to use the arts – film, in this case – to promote communication, cooperation and respect among diverse communities.

Tanglewood resident Karen Fang is a film scholar and Professor of English at the University of Houston, where she chairs UH’s College of Liberal Arts and Sciences Initiative in Media and the Moving Image, working to coordinate media work in the various colleges. The mom to two young boys also is a straight ally and juror for QFest.

Explaining how she became a juror, Karen says, “I’ve known the QFest artistic director [Kristian Salinas] for many years. We are both members of the [Museum of Fine Arts, Houston] film committee, where we discuss programming, fundraising and education for film at the MFAH. Last year was my first year jurying [for QFest], then Kristian returned the favor at UH.

“You hear about film festivals like Cannes, which is the most famous, or the Toronto Film Festival or the Tribeca Film Festival. They are promoting new films to see, but they are also giving critical acclaim, because people want to know which films won. It’s similar to the Oscars, driving interest in the films.” 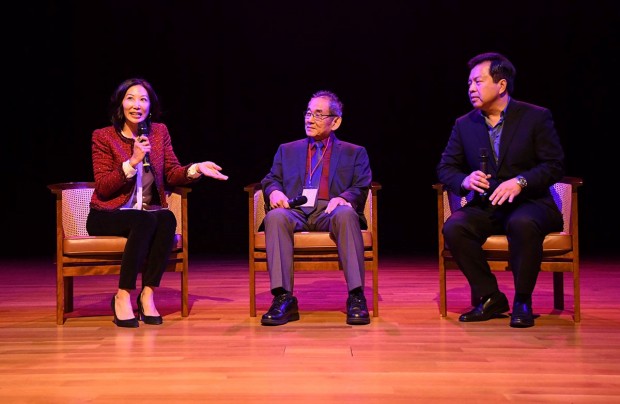 Karen Fang is a local film scholar and UH English professor who is a juror for QFest. Here, she interviews filmmaker Rick Quan and racecar driver Al Young onstage at Asia Society Texas.

Karen describes the QFest jury committee as “a collection of informed viewers who are assigned the roster of films entered for competition. We’ll watch them, and then score them, and we’ll meet to discuss the rankings before the final awards. QFest selects winners in several categories like best in show, best performance.”

Karen says participating on the jury committee is rewarding. “We’re all going to watch the films, and we’re all going to have different reactions. The things I like might be the things another juror hates, because we are all coming from completely different perspectives,” she says. “If you’re a film buff or scholar, there’s nothing more fun than to discuss something that really excites you with others who share your enthusiasm.”

This year’s QFest is of special importance because it commemorates the 50th anniversary of the Stonewall riots in New York, considered to be the start of the gay rights movement. In honor of that milestone, the film Before Stonewall will be shown at the MFAH on Saturday, July 27, at 5 p.m., as part of the Contemporary Arts Museum’s Stonewall 50 exhibition. Other theaters and venues offering QFest screenings are Rice Media Center, Brasil Café, Aurora Picture Show, Holocaust Museum Houston, Mystic Lyon and Regal Edwards MarqE.

“QFest is about inclusiveness, and it celebrates one of Houston’s best attributes, which is its diversity,” Karen says. “For the public, it’s a chance to see up-close different ways of being. It’s a window into the world. Cinema allows a window into intimacy, into human relationships, into society.

“Whether you identify as LGBTQ or you’re somebody who might be a little bit scared by it, this particular festival offers a way to have a safe and illuminating and welcoming experience.”

For a complete schedule of films and screening times and locations, see the QFest website.