Ties that bind – no matter what 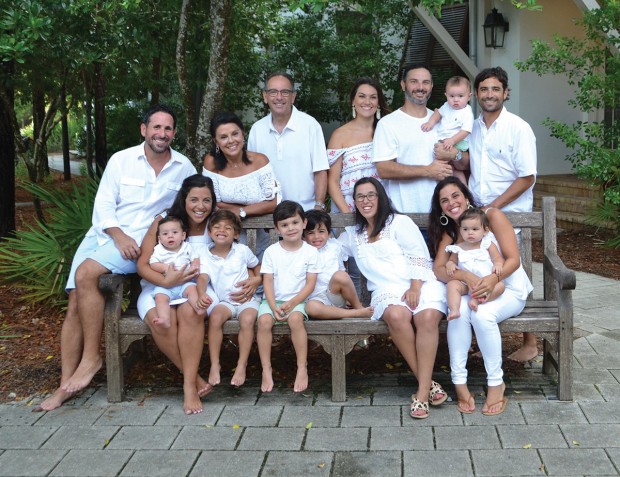 My family is my most favorite thing in the world, I can spend every second with them and be happy,” says Kelly Masel, 32, as she relaxes on her parents’ living room couch in Bellaire. She’s wearing leggings and a tank top and holding her smiling 18-month-old son Benjy, while her 2-year-old niece plays with a stuffed animal on the carpet and the tune Wheels on the Bus plays from a toy in the background.

Kelly’s affinity for her family might sound like a Hallmark greeting card, but her sentimentality is nothing but genuine. As one of four children of native Houstonians Scott and Leslie Bormaster, Kelly was taught from a young age to treat everyone equally, regardless of their differences.

When Kelly was born, immediately following her was her twin sister, Kim, who was a surprise to Leslie and Scott. They discovered they were having twins only two weeks before Leslie gave birth. Amid the bustle of the Bormaster household –  energized by 2-year-old Alli and 4-year-old Brian along with the new twins – Leslie realized Kim was developmentally behind her twin sister, both physically and mentally. 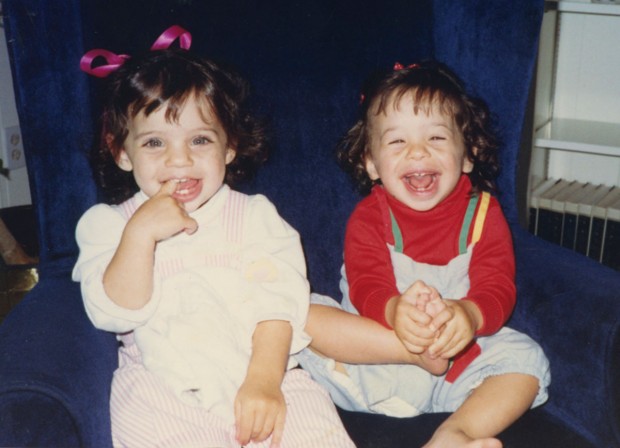 Twin sisters Kelly Masel and Kim Bormaster grew up doing everything together, and they continue to see each other at least once a week.

A special education teacher herself, Leslie took Kim to a doctor who diagnosed her as “developmentally delayed” but high-functioning. Though she started school with Kelly, Kim struggled to keep up with her peers, particularly in reading and comprehension. While her sisters went on to Trafton Academy and then followed Brian to Bellaire High School, Kim moved over to The Briarwood School, which specializes in educating students with learning differences.

“It was hard,” Leslie says. “She would sometimes ask, ‘Why am I at The Briarwood School?’ I told her that everyone has differences, everyone struggles with something.”

“It was hard watching her struggle while Kelly was excelling in everything,” Scott said. “I was worried for her, and it took me a while to accept her limitations.”

Meanwhile, Kelly says she loved growing up with Kim as her twin sister. The two girls shared a bedroom until age 13, went to sleepovers together and talked about everything. “Her friends were my friends, and my friends were her friends,” Kelly says. Kelly, a social butterfly her mom calls her most “spirited” child, took Kim under her wing and became fiercely protective of her. If Kim had any overnight accidents in bed when she was little, Kelly would put a clean pair of pajamas and underwear at the edge of the bed for her sister to change into. When they played outside with the toy wagon, Kelly would help Kim get in safely.

Kim’s intellectual disability made no difference to the Bormaster children, they say. In fact, they say, Kim taught them how to be more compassionate. “Kimmy’s always been so happy and joyful. You’d never have known there were any difficulties,” says Kelly, who shares the same smile as Kim. Alli says growing up with Kim inspired her to study special education along with elementary education. Brian was a Division 1 baseball player at Tulane University, and, in a news article, he attributed his positive attitude and strong work-ethic to his sister Kim, saying she “made me realize that even if stuff doesn’t always go your way, you have to be happy.” 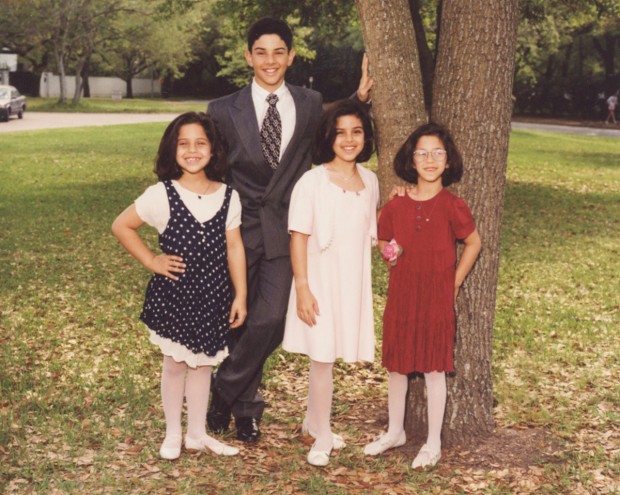 As the three eldest Bormaster children grew up and moved out of the house, they grew closer to each other and to Kim, who lives with Leslie and Scott in Bellaire. Kelly now lives in Galveston with her husband and son, with another son on the way, but she sees her siblings and parents at least once a week. “It’s hard being away from them, so I make an effort to come. Being with them is my happy place,” she says. And it’s easy for Kelly to catch all the Bormasters in one visit – both Brian and Alli live within a 10-minute drive of their parents’ house, and they both often come over for pool parties, meals, or to drop their kids off with their favorite babysitters: Aunt Kimmy and “Sessy” (Leslie).

When the Bormasters talk about one another, it’s their positivity and love that is most evident. They talk in strings of compliments. They’re not oblivious to their family’s unusually strong attachment. Kelly says people tease them for being so close, but she’d rather be with her family under a bridge than not with them at all.

Over the past nine months, Kelly and the rest of the Bormasters have stuck together through an overwhelming trauma. Alli’s husband Jeffrey sustained a devastating neck and spinal cord injury in Mexico after diving into a swimming pool on the first day of a vacation with friends.

He had surgery to repair his vertebrae and stabilize his spine, and he continues to receive outpatient treatment from The Institute for Rehabilitation and Research. Through therapy, Jeffrey has regained some strength in his upper body – he feeds himself using special silverware and completes day-to-day activities with the help of a caretaker. Doctors cannot say with certainty whether he will regain mobility in his lower body or remain paraplegic.

Soon after the accident, Dad Scott recalls receiving a long text from daughter Alli. “It was like a letter, all about how she had learned strength through adversity from us,” Scott said. “And that all started right here,” Scott says, pointing to Kim. “Even in adversity, we are so blessed.” 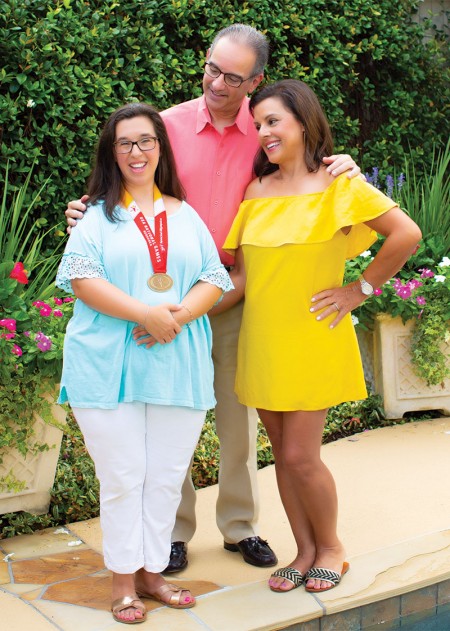 Jeffrey, an oil and gas marketer, continues to work while in recovery, having meetings in his own home, sending messages using voice-to-text technology and riding to the office with Alli or a caretaker once or twice a week. “You take what you have, and you run with it and hope for the best,” Alli said. “Kim’s shown that, and that’s how we’re pushing forward too.”

Following Jeffrey’s accident, his friends created a GoFundMe page to cover some of his medical expenses. Jeffrey needs around-the-clock homecare, which is not covered by insurance. They far exceeded their goal. “It was unbelievable – we were so blown away,” Leslie says.

The Bormasters may not have expected such an outpouring of support, but support is, in a way, a part of their DNA. Leslie and Scott, along with their three oldest kids, have been the pillars of  Kim’s life, cheering her on from the sidelines as she plays volleyball with the Houston Hot Shots for Special Olympics and, in Leslie’s case, serving as her doubles partner in tennis. Kim does not drive, so Leslie drops her off in the mornings at Let Us Play, a daycare where Kim volunteers. On some weekends, her parents take her to Special Olympics tournaments.

“I joke that [Scott and I] will be 80 years old in a walker and still going to Special Olympics,” Leslie says.

When they were moving into a new home about 10 years ago, Scott and Leslie decided to find a house with a garage apartment in the back, where Kim could move in when she felt ready to have her own space. She moved in last year – “I wasn’t ready before,” she says. The space is bright, with windows overlooking the pool, and cheerful, with framed photos of her five nieces and nephews adorning the shelves. In the mornings, Kim wakes up and pours herself a bowl of cereal and makes coffee before joining her parents in the main house. In the evenings, she likes to retire to her room and watch Modern Family or anything on the food channels. 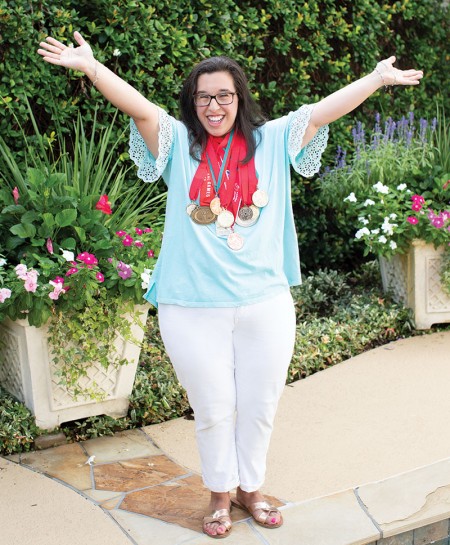 GOING FOR GOLD Kim Bormaster has racked up dozens of medals since she started competing in Special Olympics as a student at The Briarwood School. (Photo: Dylan Aguilar)

As Kim has achieved greater independence, her parents have grown with her. Scott says he’s become more compassionate by seeing how Kim patiently cares for her nieces and nephews. Leslie says she’s learned from Kim’s resilience, seeing how she picks herself back up after a difficult volleyball game.

Since she graduated from The Briarwood School in 2008, Kim has dedicated herself to Special Olympics. In 2011, she traveled all the way to Athens, Greece, to compete in the World Games, where her volleyball team brought home a gold medal that now hangs in Kim’s bedroom. Recently, Kim was one of two athletes inducted into the Ronnie Arrow Jewish Sports Hall of Fame. And in her role as a Global Messenger for Special Olympics, Kim has traveled to Washington D.C. to advocate for the program in front of political leaders.

“It was a piece of cake,” Kim says with a flip of the hand.

This self-assuredness is one of Kim’s most distinctive qualities. While she rarely brings up her own accomplishments, she doesn’t mind being in the spotlight. When Kim’s dad talks about Brian’s baseball career, Kim chimes in, saying, “No, I’m the athlete in the family.”

Scott laughs and agrees, noting Kim has reached the pinnacle achievement within her capacities, going all the way to the Olympics. “She knows who she is and what she wants,” Scott says. “If we could all be like Kim when we grew up, the world would be a much better place.”

In the future, when her parents have passed, the plan is for Kim to move in with her siblings. When Scott and Leslie were reworking their will recently, they struggled with the biggest decision – what would happen to Kim when they’re gone? But the decision was made easier, or perhaps more difficult, when all three kids stepped up. “They all want her,” Scott says.