Live Music in Houston This September 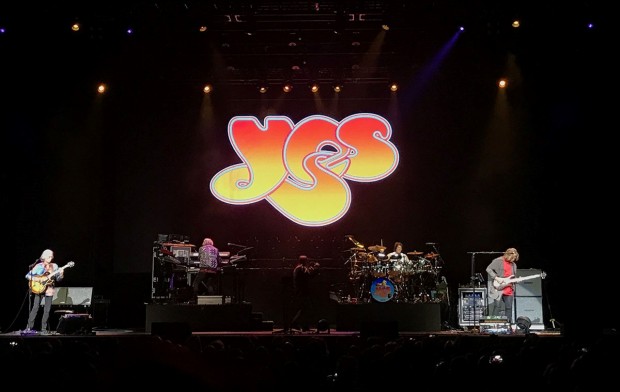 This month, you have no excuse not to see a live show in Houston. There are so many good artists, all with very different music styles. So whether you like classic rock, alternative music, country, pop, punk or whatever, I expect to see you at one of our amazing music venues around town this month.

Sept. 6: Megan Thee Stallion @ Revention Music Center
Megan Thee Stallion is a Houston gift. She recently performed at the VMA’s pre-show wearing a jean jacket with a Texas flag on it. She constantly mentions Houston in her raps, too. What more could we ask for?

Sept. 8: John Mayer @ Toyota Center
Die-hard fans probably have their tickets already, but get ready for some bluesy, sappy music around town. John Mayer has toured with a bunch of rock legends as backup guitarists, so I’m hoping he showcases his skills in addition to playing his old hits.

Sept. 9: KISS @ Toyota Center
KISS is SUCH a fun band to see live. So much of KISS’s performance is about the theatrics, the face paint, the fire, etc. KISS was meant to be seen in concert, and having seen them live myself, I can say that it’s totally worth it. Wear your face paint proudly - I know I did!

Sept. 11: The National @ White Oak Music Hall Lawn
It’s kinda hard for me to imagine a better venue or setup for The National. An American rock band with indie and alternative roots, playing for a bunch of chill Houstonians in The Heights. On the lawn. It’s perfect. I hope it’s not too hot that day, because otherwise I highly recommend!

Sept. 15: Lenny Kravitz @ Smart Financial Centre
Lenny Kravitz is a cool dude who is able to perform lots of different musical styles. I like the rock aspect of his music, but he also performs “retro”-esque music, which lends itself well to live shows.

Sept. 21: Carrie Underwood @ Toyota Center
I am jealous of anyone going to this concert. Despite falling down the stairs and having intense reconstructive surgery on her face recently, Carrie Underwood has still GOT. IT. I’d love to see her sing live - she really can!

Sept. 21: Peter Frampton @ Cynthia Woods Mitchell Pavilion
The last time I saw Frampton was years ago when Revention Center was Verizon Center. So yes, it’s been a while, but if you’re a Frampton fan, you’ll have a great time. His use of the voicebox to alter his sound is pretty cool live.

Sept. 23: Charli XCX @ White Oak Music Hall Downstairs
Charli XCX is an interesting case. Some fans say she isn’t her best live, as her shows can sometimes be a bit messy. However, others say that her shows are fun, interesting and engaging. I think I’d like to decide for myself. Either way, the crowd will be amped up.

Sept. 23: Deep Purple @ Revention Music Center
Deep Purple created the most famous guitar riff ever - you know, the beginning to “Smoke on the Water.” You may not know the rest of the song or any of their other songs (I would highly recommend), but you’ll at least know that part!

Sept. 24: Phil Collins @ Toyota Center
This will be a great show. Think drum solos, moody and dramatic pauses and overall great musicianship. For those who think they don’t know who Phil Collins is: You know the song “In the Air Tonight?” with the cool drum part? That’s him. See you at the show!

Sept. 24: Ciara @ House of Blues
This is a throwback, but I’m okay with it. Ciara is one of the busiest ladies out there - she’s involved with charity work, is married to an NFL star and still tours! You’ll be lucky to see her if you decide to go to this show. Fun fact: She was born in Austin, so she’s coming home to Texas!

Sept. 25: The Who @ Toyota Center
I’ll see you there! The Who are such an animated band despite the fact that all the bandmembers are “getting up there” in age. If they can still rock, who cares? If you’re looking for tickets (most are sold out), I might be able to help you

Sept. 25: YUNGBLUD @ White Oak Music Hall Downstairs
YUNGBLUD is an Australian rock musician who is probably better known as Halsey’s boyfriend. He’s punk, cool, and is starting to gain U.S. traction despite being pretty popular across the rest of the globe.