Returning to the Nest: Millennials Moving Back Home 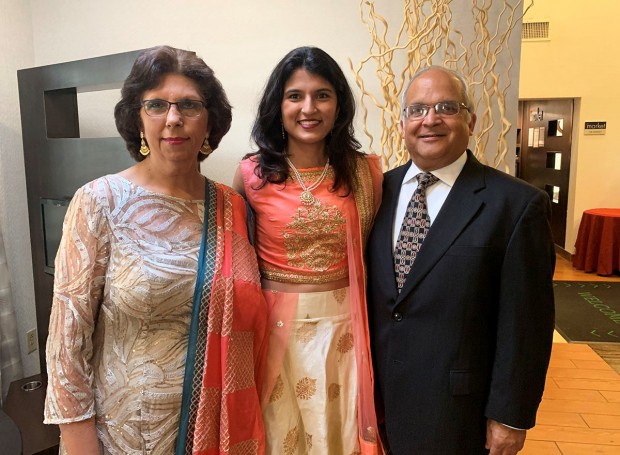 Last year, a quarter-life-crisis uprooted my life and took me from Boston to my birthplace, Houston. At 25 years old, after having lived on my own in the northeast for six years, I moved back into my childhood bedroom in Bellaire – fully decorated with stuffed animals and old trophies from my days of Bellaire youth soccer. I wasn’t pleased about my living situation, but with little money saved up and no signs of employment, it was the only option. I thought it was temporary fix – a few months maximum, I told myself. But, 10 months later, I’m still living in that same bedroom. Only now, I have few qualms with it.

Earlier this year, I decided to stay put in Houston instead of returning to the northeast. I had a stable job here at The Buzz, so finding my own apartment and signing a year-long lease seemed like the natural next step. But when it came down to it, living at home was the better option. I’d save money, enjoy home-cooked meals and support from my mom and late-night conversations with my dad. My dog Pearl would be happier too. At my parents’ home, she’s spoiled with a sprawling backyard to call her playpen. If I moved out, she’d be cooped up in a tiny apartment.

As it turns out, I’m part of a larger trend of increasing numbers of Millennials returning to the nest. According to the Pew Research Center, as of 2016, 15 percent of 25-to-35-year-old Millennials were living in their parents’ home. This is five percentage points higher than the share of Gen Xers who lived in their parents’ home in 2000 and nearly double the share of the “Silent Generation” who lived at home in 1964.

Many cite financial reasons for their decision to return home. But there are other benefits of living at home, too. 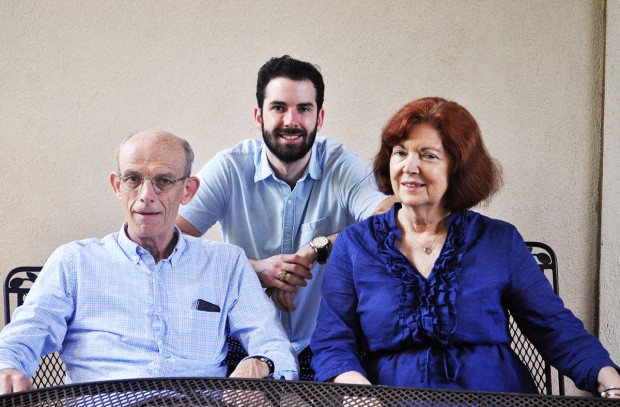 Michael Austin (middle) is living with his parents Rebecca and Sean Austin in West University while he studies computer science at the University of Houston. (Photo: Pooja Salhotra)

For Michael Austin, 26, living with his parents in West University has helped him develop a stronger relationship with them. “I get to live with my mom, so if something awful happens, I can come to her and vent about it,” Michael says. “I feel like we’re closer as a family than we ever were before.”

Michael’s older sister, Kathryn, recently moved from Chicago to Houston. She lives nearby in the Heights neighborhood, so the family of four tries to meet every Sunday for dinner at home. Michael helps his mom prep the dinner and handles grilling if that’s on the menu. They’ll also gather for a family movie when they can.

Michael, who graduated from Strake Jesuit Preparatory School, first moved back home after he graduated from Texas A&M in 2015 with a degree in psychology. “Coming out of A&M, I didn’t have any internship money saved, and I always planned to take a year off, so it just kind of made sense.”

Michael moved into his own apartment in August 2016, when he started medical school at McGovern. After finishing his first year, though, Michael realized medical school wasn’t the right path for him, so he moved back home to figure out his next steps.

“It was difficult moving back home because I had had my independence for a while,” he says. “I had my own apartment, my own responsibilities, it was just my own life entirely. And then I suddenly had to be respectful of my parents’ time and whatever activities they are doing.”

I asked Michael if he felt embarrassed about living at home. Part of my own hesitations around living with my parents was the stigma around it. We’ve all seen movies like Failure to Launch depicting the stereotype of a grown man living at home, incapable of forming real relationships or functioning independently. I hated the idea of my peers seeing me as a failure for living at home.

Michael said he too felt this initial embarrassment. Post college, Michael’s friends were starting new adventures in new cities, and they gave Michael “a lot of grief” for living at home. “It kind of bummed me out,” he says.

Now, as Michael pursues a computer science degree at the University of Houston, he says he’s much more confident in his decision to stay at home. “Now I’m more vocal with people for making fun of me for it. It’s not the ideal situation, but it’s the one that’s best for me now,” he says.

Alina Mohanty, a Rice University graduate and second-year medical student at Baylor Medical School, says she is grateful for the extra time she gets to spend with her parents by living with them in Bellaire. An only child, Alina, 22, says she’s always been close to her parents. “I’m a family kind of girl,” she says. “Even my close friends are almost a part of the family.”

Living at home, Alina has certain family routines she’s maintained. On weekday evenings, she usually goes to the gym with her mom. On Saturdays, she goes to church with her mom and then they go visit an elderly couple who Alina likens to her grandparents. Afterwards, they might pick up food on the way home and relax on the living room couch. Sundays are for cleaning the house. “My dad irons everyone’s clothes,” Alina says with a chuckle. On Sunday nights, the family watches a movie together at home. Alina sometimes skips out if she has schoolwork.

Despite the benefits of living at home, Alina admits it’s not perfect. Sometimes, she feels restricted, or less independent than she should be.

“As a child, I was never the kind of person who wanted independence. I didn’t go through a rebellious phase that other kids go through. I wasn’t sneaking out. I was like ‘Okay, I’m not allowed to go out, that’s fine,” Alina explained. “But now, as a 22 almost 23-year-old, I’m starting to feel like I’d really appreciate living on my own.”

Although Alina’s parents do not set a strict curfew for her, they do prefer that she’s home at a decent hour. And because many social events are concentrated near the Medical Center, it’s sometimes difficult for Alina to attend. For example, some of her med school friends gather in one friend’s apartment to watch “The Bachelor” each week.

“I’m not going to make the drive over there every single week, but if I lived in the same place as them, it would be easier to just walk down the hall.” Many of Alina’s friends live in a particular apartment building near Baylor, and that’s where she plans to eventually move within the next couple of years.

Michael, too, looks forward to moving out once he graduates from UH in December 2020. As much as he loves having his parents as his roommates, living with parents comes with its fair share of challenges.

“I think the hardest thing to deal with is, it’s their home that you’re living in,” Michael said. “Even though you’re functioning as an adult, you’re still their child. You don’t have authority over them, it always goes the other way.”

Michael explained that, while you can usually voice qualms with roommates who are your own age, it’s more difficult to get mad at your parents, particularly when you should be grateful for their support and their willingness to let you stay at home as an adult.

I think all of us who live at home can relate to Michael’s sentiment. For Alina, a frustration is when her mom croons “Our house, our rules.” “I like to do things on my own time, but my mother wants things done on her time,” Alina says, explaining that she feels frustrated when her mom forces her to clean her room or do chores at a particular time.

But, Alina, Michael, myself – and probably many others choosing to live at home – have weighed the costs and benefits of doing so. At the end of the day, the pros of staying with the ’rents, at least at this moment, outweigh the cons.

“I know that I’m saving money, I know that I’m investing in my future, and I know I’m spending time with my parents,” Michael says. “That’s really a big blessing, I‘m very grateful I can have this, and I hope I can provide the same for my own children one day.”