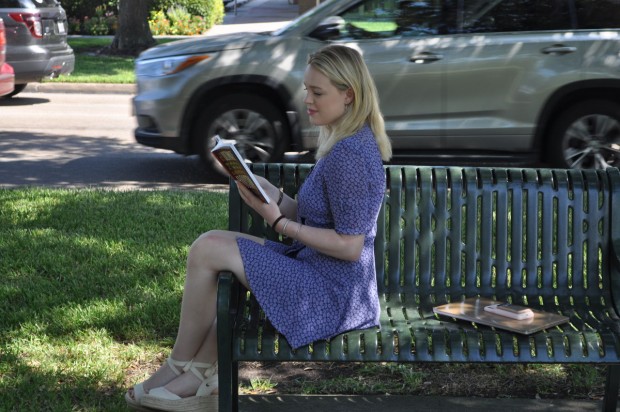 In the time we spend scrolling through social media, we could be reading a book (like Elizabeth Barineau, pictured) or taking a walk outside. (Photo: Pooja Salhotra)

We’re in the last few weeks of summer, and, as usual, it’s gone by too fast. I, for one, know that I still have lots of things to do while school is out and I have the luxury of having my children home without a pressing schedule.

So when I got author and meditation coach Ali Katz’s email saying that she was going off social media for the rest of the summer, it made me think. How much valuable time are we wasting scrolling mindlessly through Facebook and Instagram and Twitter (and Snapchat, if you’re a little younger)? What are we really getting out of it?

Josh Hawley, a freshman senator from Missouri, says we’re not getting much, except addicted. Last week, he proposed the Social Media Addiction Reduction Technology (SMART) Act, which would require social media companies to disable “infinite scrolling” and auto-play videos. He claims that the companies are not focusing on creating better products but are using “psychological tricks” to control users, making it hard for us to stop scrolling and log off. That is especially true for teens – a 2018 Pew Research Center study reported that 89 percent of teenagers admit to being online “almost constantly.” 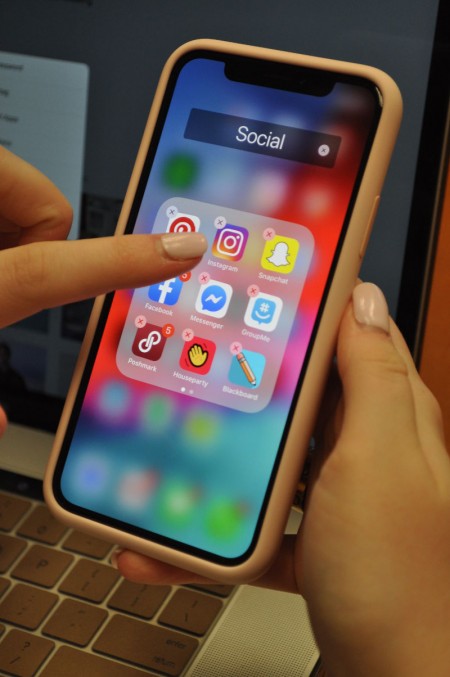 Buzz summer intern and USC sophomore Elizabeth Barineau took the Instagram app off of her phone in an effort to detox temporarily from social media. (Photo: Pooja Salhotra)

While most of us aren’t truly addicted to social media, scrolling and posting can be (and often is) a real habit. If we have a few minutes, say, waiting for a table at a restaurant or sitting in a carpool line or standing in line at the grocery store, are we filling those minutes by checking our phones? Have you ever been with a friend who is checking Instagram while talking to you? I always wonder what is so important that they can’t wait until after our visit to see. Are we scrolling out of boredom? Habit? Fear of missing out?

So to honor and get the most out of the rest of the summer, I’m going to give a social media detox a shot. I actually asked my teenaged girls to join me and was met with one straightforward, “No,” and one “Yes” that in less than ten minutes turned to: “If I can’t Snapchat, my social life will be nonexistent.” Maybe I’ll get a weekend out of them.

Seriously, though, think about either taking a total break from social media, anywhere from a few days to a week. Or, if that’s not going to happen, consider turning off your automatic notifications and disciplining yourself to look at your social media once or twice a day, no mindless scrolling to kill empty time.

(Spoiler alert: Buzz summer intern, USC sophomore Elizabeth Barineau, has already taken the challenge. She took an entire weekend off social media, and even deleted the apps from her phone. And then she reported that it wasn’t as hard as she thought it would be – good news for teenagers and the rest of us!)

If you decide to give a social media detox a go, send us a note and let us know what you notice. We’re excited to hear!