WULL Seniors at the 2019 World Series 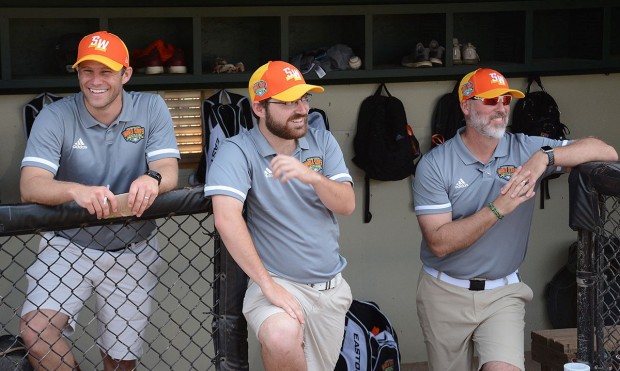 When 22-year-old Andrew Hoffman signed up for West University Little League (WULL) as a little boy, he had no idea he’d be taking a team to the Little League World Series as an adult.

But that’s exactly what happened this summer, when Andrew, an assistant coach for the WULL Seniors, traveled with his team to Easley, South Carolina, to coach them in the 2019 Senior League Baseball World Series. The Texas A&M senior who will graduate in December with a degree in Communication and Journalism is one of three WULL Senior coaches including Clint Sauls, the head coach who’s been with the team for 10 years and coached Andrew as a player, and James Williamson, an assistant coach.

“I played baseball with WULL from Tadpole through Seniors,” Andrew says. “Whatever the max number of years is, that’s what I did.” And three years ago, when head coach Clint lost his assistant coaches, Andrew came back for more.

On July 27, he and a 16-member team of 14-, 15- and 16-year-old boys went to South Carolina as one of six US teams and six international teams competing in the World Series after a no-loss season of baseball. They played as the Southwest Senior League Baseball Region team, representing (and having defeated) teams across Texas, Oklahoma, New Mexico and Louisiana. Sadly, after a first-game win against the East team, they lost to West – Hawaii – who eventually won the series. But they didn’t go out without having had a great time.

“It’s a great group of kids,” Andrew says. “There are a bunch of different personalities, but they took every game seriously. They loved to compete and loved to win. I know Little League is about having fun and getting better, and we’re all about developing players. But we love to win and so do our kids.

“When I was a player, we actually won [the World Series in 2014]. And even for me going back, it’s a fantastic experience. It’s just fun to be around guys who are playing baseball from different parts of the world. We were with Team Canada, Team Italy, kids from the Caribbean. I think our kids had a great time.” 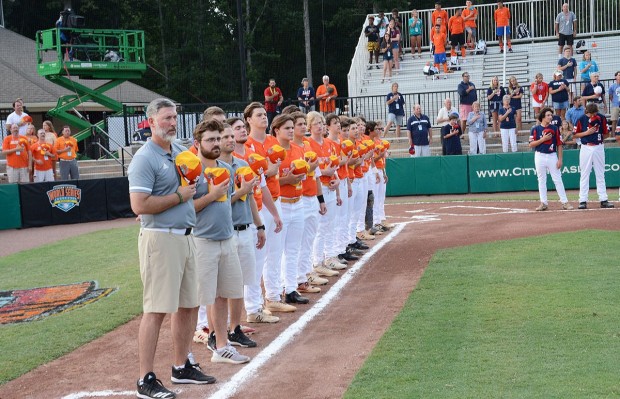 Alex Mintz, a lifelong WULL player and the starting center fielder and lead hitter for this year’s Senior team, verifies that. “It was a really cool feeling knowing we were going to play with 12 of the best teams in the whole world,” he says. “It was just a fun environment to play in, and it was so cool that all the games were on ESPN.”

Many parents stayed in Easley for the full eight days of the tournament, while some traveled back and forth to Houston. “We’re lucky to be in a neighborhood where that is doable,” Andrew says.

Ironically, it was a challenge recruiting players for the Senior team. “Summer baseball and showcases for colleges are becoming so prominent in the baseball world,” Andrew says. “So we have to kind of convince kids to play with us and why we’re worth it. This year, we got a fantastic group.”

Alex says, “This was my second year playing with Hoffie, which is what we all call [Andrew]. He’s very, very laid back but also gives you good insight. He used to be a pitcher at Trinity and is always giving us tips on the game.”

Andrew, Clint and James all volunteer to coach the team, as dads aren’t allowed to coach past the Intermediate level. Clint and James used saved vacation time from work for the series, and Andrew took unpaid time off from his summer part-time job. Andrew says he loves doing it.

“This is kind of the perfect age group to accept my sarcasm and understand it. They’re just kids looking to have a good time. Obviously, when it’s game time, we’re very serious, but off the field it’s good to relax. This was a great group to spend eight days with and not want to pull my hair out!”

Alex says he’s loved having the chance to “play with my best friends who I don’t go to school with” every year since he was four in Tadpoles. “I haven’t missed a year,” the Emery/Weiner School junior says. “I’m kind of sad, because I’ll never play with most of these kids again. But if it wasn’t for West U, I wouldn’t have ever had that chance.”