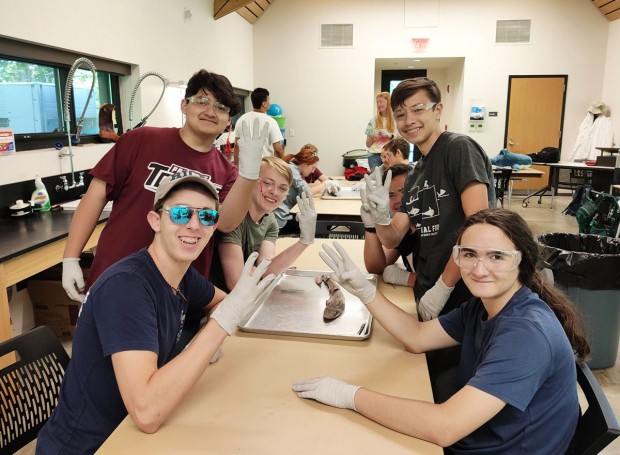 Nothing bonds a group of high school students together like the smell of formaldehyde and a shriveled-up shark.

The Post Oak High School just returned from our annual Odyssey trip, a trip designed to form new friendships and prepare students for the year ahead. Mr. James Moudry, the high school director, says it’s an “educational adventure that brings people together through experiencing emotional and physical challenges.” Sounds fun, doesn’t it.

Well, it was! This year's destination was Gulfport, Mississippi. You’ve probably heard of it because it’s a super hip place to be. Anyways, our high school, yes the entire high school (less than 100 students), piled into two buses and drove for eight hours to the Gulf Coast Research Lab in Ocean Springs, Mississippi. 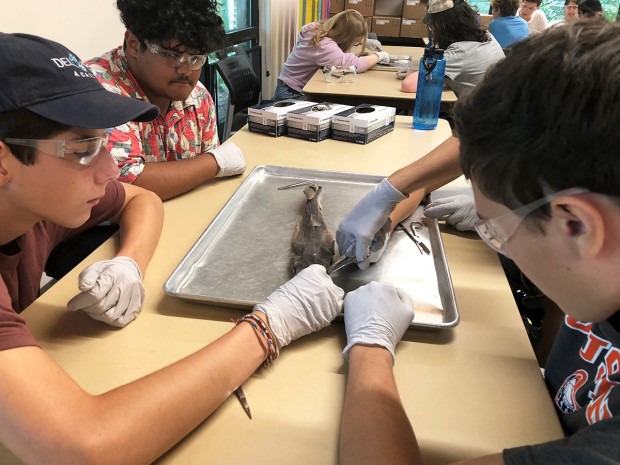 Throughout our weeklong visit, the main educational focus was on marine biology. We participated in activities including learning the difference between a crocodile and alligator, or tortoise and sea turtle, or “what on earth can we eat here that's not fried?”

One of the most memorable parts of the trip was going on a shark tagging expedition. Shark tagging is important as it allows researchers to see where sharks travel. The tracker is attached to the dorsal fin like an earring and then whenever their fin comes out of the water, the tracker sends a signal to a computer. This allows researchers to make predictions on what the shark is doing and to recognize the travel patterns of similar species. Doing this, we learned about the different types of sharks that inhabit the Mississippi South and the Gulf of Mexico.

Another educational activity involved shark dissection. For those of you who have never done this before, first of all, you’ve probably never smelled anything more nauseating, and second, it is surprisingly cool. We split up into groups of four and each group got a spiky dogfish shark (don’t get too excited, it just looks like a shark, not a hairy dog with a spiky collar and a shark tail). The shark was dressed up for the occasion in a stunning plastic wrap and a paper towel soaked in formaldehyde, which kept it stylish and preserved. Ours was named Alfonso and he was muy guapo. 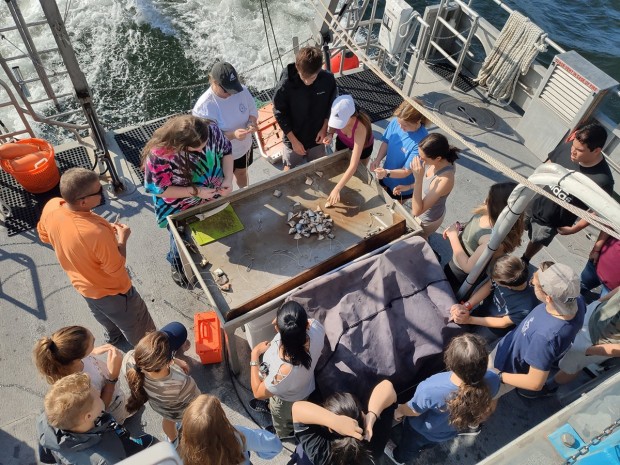 We studied the external features first - the dorsal fin, gills, the lateral line and the caudal fin (tail). My favorite part of the shark is the ampullae of Lorenzini which are electrical receptors located on the underside of the snout and used to detect prey. You can pop them like a pimple and a bunch of gel comes out. Then we cut open the shark, making the smell a million times worse. We located the liver, heart, brain, stomach, kidney, and all sorts of soggy chicken-looking things. Overall, while it was disgusting, I not only became closer with the people I was dissecting the shark with, but I learned a lot about what makes a shark a shark.

I believe that this year’s Odyssey trip accomplished the goal of creating bonds within our community and expanding our knowledge on marine biology. Keeping with the Post Oak way of teaching, it made learning feel like an unforgettable adventure.