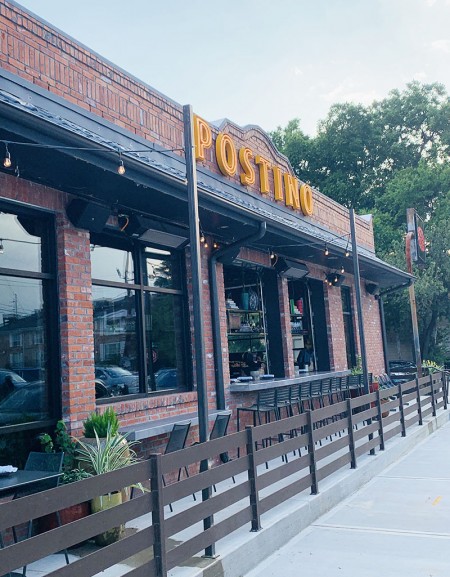 When Lauren Bailey drove past the shuttered building at 805 Pacific Street in Montrose, the hair on her arms stood up. She felt goosebumps.

“There was something about it I really liked,” said Lauren, who founded Phoenix-based restaurant Postino, a chic Italian spot known for its colorful bruschetta boards and all-day wine menu.

Lauren had recently opened the first Houston location of Postino in the Heights neighborhood at 642 Yale Street, and she was working with broker Traci Holman to find a site for a second outpost. Postino has a history of adapting historically relevant buildings – the first Houston location sits in a building that once housed a distribution center for Pappas Family Restaurants, and the very first restaurant Postino that opened 18 years ago occupies a vacant, 1940s brick post office (hence the name Postino – “Postman” in Italian). So when Lauren discovered the history of 805 Pacific Street – as the home of Houston’s longest-running gay bar - she knew it would be a perfect fit. 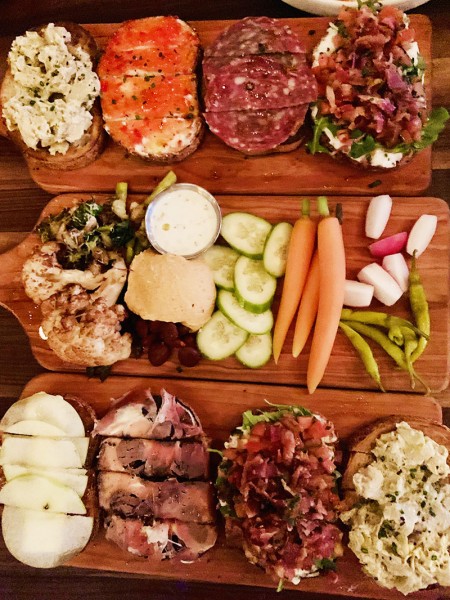 Postino’s menu includes several types of bruschetta to choose from (top and bottom) as well as a veggie-forward Harvest Board. (Photo: Pooja Salhotra)

“What I started to connect with was this renegade spirit of the people who had inhabited the space,” Lauren said. “It was the late ’60s and ’70s, and they were having pride parades and had created a community space in Texas – which was not the most friendly place at the time for the LGBTQ community. There was this beautiful story and a beautiful spirit, and I just didn’t want to come in and not have it be a huge part of the space.”

The legacy of 805 Pacific Street as an iconic spot for Houston’s LGBTQ community lives on through the design of Postino, which opened to the public on Sunday, Sept. 15. One wall of the restaurant is plastered with newspaper clippings, photos and old advertisements for the building’s previous tenants including The Montrose Mining Company, whose 38-year-run from March 1978 until Sept. 2016 made it Houston’s longest-running gay bar. The wall also pays tribute to the buildings’ prior tenants, three other gay bars: The Tattooed Lady, Pacific Street Station and Uncle Charlie’s. 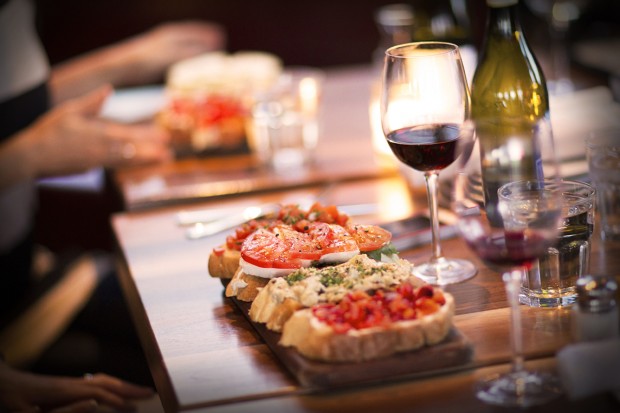 Postino offers a special on Mondays and Tuesdays after 8 p.m., where customers pay $25 for a bottle of wine and a bruschetta board. (Photo: Becca Wright)

Like the Heights location, the new restaurant offers an extensive wine menu and a special all-day happy hour, with $5 glasses of wine and $5 pitchers of local brews daily from opening to 5 p.m. Eats include bruschetta with a variety of toppings, from brie, apple and fig spread to salami and pesto, as well as paninis, soups, salads and a new menu category called “snacky things.” That section includes shareable bites like olives, grilled chicken skewers and tuna tartare. 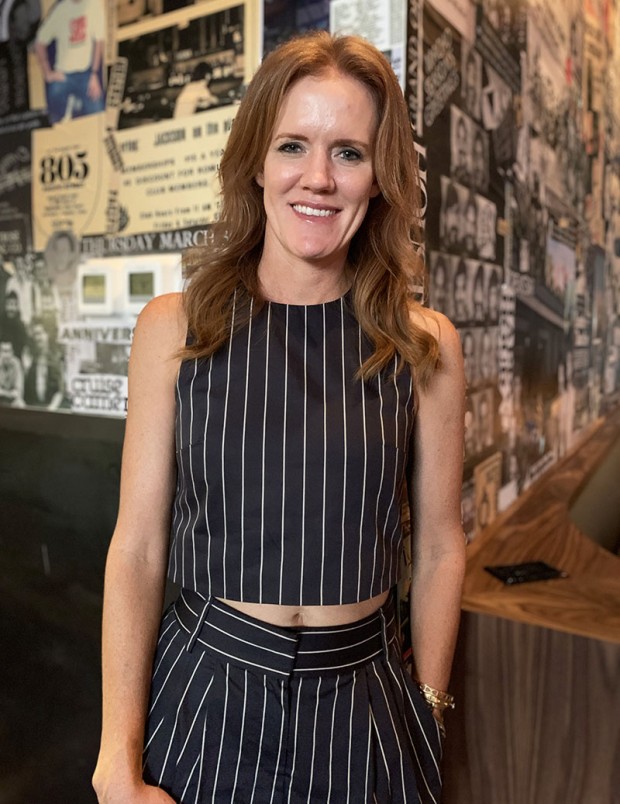 With the opening of Postino Montrose came the addition of some menu items, such as this Crispy Cauliflower. (Photo: Pooja Salhotra)