Responding to a Teen Vaping Epidemic 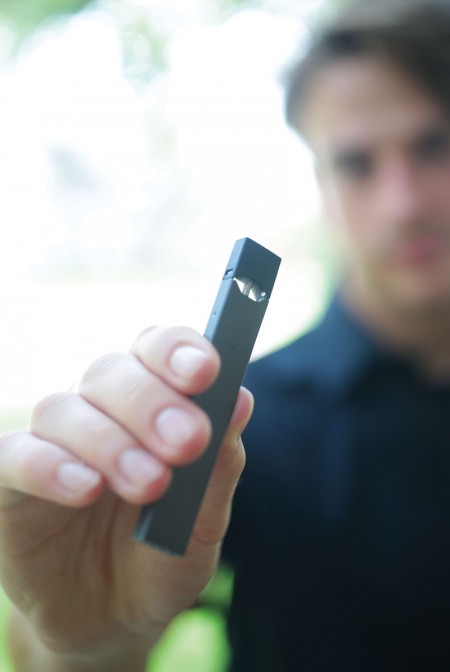 Hard evidence is surfacing about the dangers of electronic cigarettes: Six deaths have already been linked directly to vaping. (Photo: lawellphoto.com)

Recent news stories are full of scary stories about kids and vaping: addictions, hospitalizations, even deaths.

Last week, the Center for Disease Control (CDC) reported the sixth death in the U.S. that is directly tied to vaping. And that toll is rising. Currently, some 450 cases of lung disease in 33 states are being investigated to determine whether they are related to e-cigarettes. Symptoms include shortness of breath and stomach problems; some patients have been put on ventilators.

In response to what the CDC is calling an “epidemic” among teenagers, and to the FDA’s initiative to ban flavored e-cigarette products, our high school sent out a letter to students and parents urging them to think seriously about the unknown dangers of vaping. But why are our kids vaping in the first place, and how did this become an epidemic?

“Just about all of my friends Juul,” a 16-year-old Memorial boy says. At school? At parties? At home? “All of the above,” he answers.

The boy, who is a good student and active in several activities, says he does not regularly vape, but he admits to having done so “a couple” of times. “Generally, I’ll be at a party,” he says, “and somebody will offer me a hit of their Juul. It tastes like mint. I mean, there was nothing special about it. But it’s not the flavor only. It’s also the buzz you get.” He says that he thinks some of his friends might be addicted.

Juuls are electronic cigarettes that look like a USB drive and are small enough to fit in a boy’s pocket or a girl’s small coin purse. They’re entirely portable, and entirely concealable. Hence the uptick of use in schools, even in classrooms.

While an FDA mandate in 2016 rendered it illegal for minors (under 18) to purchase e-cigarette products, teenagers don’t seem to have any trouble acquiring them. The FDA reports that e-cigarette use among teenagers rose 78 percent from 2017 to 2018, from 11.7 percent to 20.8 percent. In that same time frame, teens reporting to have used e-cigarettes more than 20 times in the past 30 days rose from 20 percent to 27.7 percent. And this year, one in five teens reports to use e-cigarettes. Most teenaged users – some 80 percent – say that they choose a product based on its flavor. This all follows many years of declines in teenaged tobacco use.

In the FDA’s letter to the makers of Juul products, officials state that part of the problem stems from advertising that electronic cigarette products are “99 percent safer” than cigarettes, or “totally safe.” According to the letter, school children heard that message. Many of those students claim that there is no harm in vaping, and they don’t worry about future effects.

Ned Sharpless, acting FDA Commissioner and former Director of the National Cancer Institute, says in the FDA Voices on Tobacco newsletter, “This is a cause for concern because tobacco use is the leading cause of preventable disease and death in the United States…As adolescent brains are still developing, nicotine exposure during youth and young adulthood can change the way the brain works, leading to a lifetime of addiction, and, in some cases, causing long-lasting effects such as increased impulsivity and mood disorders.”

He adds, “When I was Director of the National Cancer Institute (NCI), I would be frequently asked, ‘What topic in cancer research and cancer care keeps you up at night?’ I always answered this question the same way: ‘tobacco control in the era of e-cigarettes.’”

Following the sixth electronic cigarette-related death in the U.S. last week, it was reported that there are six cases in Houston alone of lung disease in otherwise healthy patients under 21.