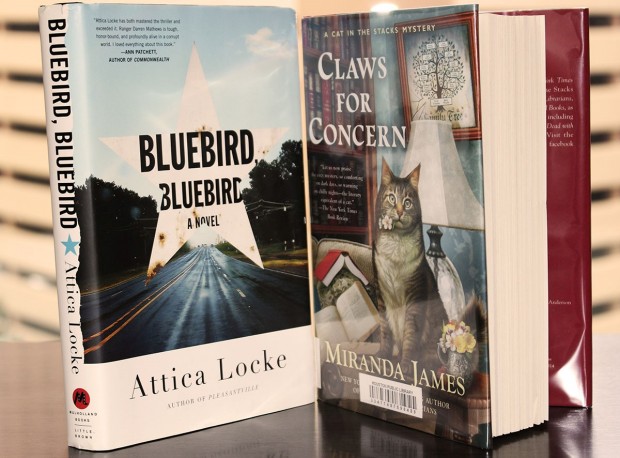 There are some things that instantly come to mind when you mention the city of Houston. Beyonce. JJ Watt. The rodeo. Humidity that slaps you in the face roughly 10 months out of the year. What some people may not be aware of however, is Houston’s amazing literary scene. Our status as a welcoming city for new immigrants and the booming energy industry and emerging tech scene makes us an appealing destination for a diverse population to live, work, play and yes...also to write. Nonprofit organizations such as Writers in Schools, Houston Arts Alliance and Inprint support and engage writers with grants, workshops, conferences, and lecture series. Houston Public Library and the Houston Public Library Foundation, the non-profit organization that supports HPL in its mission to link people to the world, are also eager to promote Houston area writing talent. Every first Saturday of the month, the Public Poetry series brings a variety of voices to library locations across the city. Local authors can submit materials to be added to the library’s collection or apply to participate in our inaugural Independent Author Showcase. And on October 19th, the Houston Public Library Foundation will host the Houston Literary Awards gala with nominees for the Readers’ Choice Award chosen by you - the public! Here are just a few Houston area authors worth checking out and cheering on as the ballots are counted.

Miranda James: Okay, so Miranda James is originally from Mississippi…and is actually a fellow named Dean James. Winner of numerous awards from the Mystery Writers of America, James writes as both Miranda and Jimmie Ruth Evans. A graduate of University of North Texas’s School of Information and Library Science, James is the former manager of the mystery-themed bookstore Murder by the Book and is now a librarian with the Texas Medical Center, which I think counts as local enough - plus I have to root for a fellow librarian. His (her?) most well-known series is the Cat in the Stacks books which feature librarian and amateur sleuth Charlie Harris and his beloved Maine Coon, Diesel. They’re as delightfully cozy as well…curling up with a book and a cat in your lap. The latest book in the series is The Pawful Truth. So, also highly recommended to those who enjoy puns.

Katherine Center: Center graduate from St. John’s School and obtained her M.A from University of Houston, which boasts one of the top-rated creative writing programs in the country, where she also edited the school’s literary magazine Gulf Coast. Her novels are full of wit, heart and characters you’ll want to root for. Her latest novel, Things You Save in a Fire, features Cassie Hanwell, a recent transplant to Texas, who is the only woman firefighter in her new firehouse. Through the course of the novel, Cassie attempts to win over her less-than-accepting coworkers, lay some old demons to rest and maybe, just maybe, find love. This is one of those you’ll laugh, you’ll cry, you’ll feel every emotion at once books for fans of JoJo Moyes or Elizabeth Berg.

Attica Locke: Multiple literary awards won, screenwriter on Netflix series When they See Us, creator of megahit television show Empire, what can’t Attica Locke do? Locke’s Houston roots run deep - her father Gene Locke is a former City Attorney, mayoral candidate and served on the Harris County Commissioner’s Court. Her specialty is compulsively readable mysteries and legal thrillers in which flawed but well-meaning characters battle corrupt businesses, institutional racism and their own weaknesses. The Houston set novels Blackwater Rising and Pleasantville made me flail with ‘I’ve walked down that street!’ local joy. Locke’s latest novel Heaven, My Home takes place in her Highway 59 series featuring Texas Ranger Darren Matthews and the various big secrets hiding in the small towns of East Texas.

Mike Freedman: Freeman was raised in the Memorial area of Houston, has an MBA from Rice and was a Green Beret with three tours of duty in Iraq and Afghanistan. His latest novel King of the Mississippi, a dark comedy about a cutthroat rivalry between employees at a high-end Houston consulting firm, skewers battlefields, boardrooms and the insular nature and toxic masculinity of both. In a recent interview with the Houston Chronicle, Freedman discussed some of his influences, which include the film Rushmore by fellow Texas native Wes Anderson and the novel Catch-22. He declares that in King, he intends Houston to be a character in and of itself with its “weird and blunt essence and constant ability to reinvent itself.”

And if you still can’t find something you want to read - ask your friendly neighborhood librarian! Houston Public Library offers personalized reading suggestions via email or you can book a one- on-one appointment with us to find your next great title!