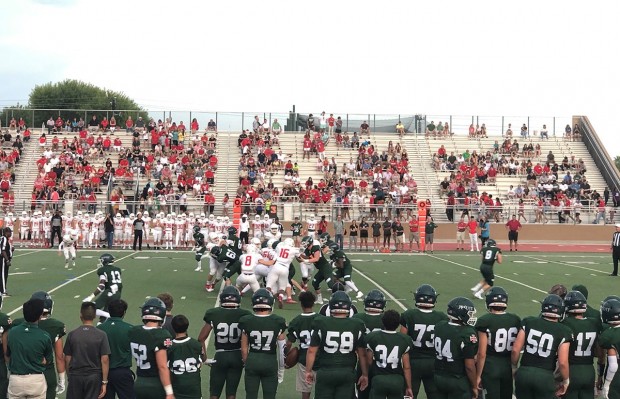 The Strake Jesuit Crusaders were led by a four touchdown performance by All-District running back Dylan Campbell, a two-sport athlete who is committed to play baseball at the University of Texas next year.

Strake Jesuit and St. Thomas, who have been high school football rivals for five and a half decades now, faced each other in a spirited season opener at Strake Jesuit’s Clay Stadium the Friday before Labor Day.

After Strake Jesuit won by a big margin last year at NRG Stadium, the school’s student body, alumni and fans were confident coming into this matchup. Every year, this is considered the game to go to. Even people who aren’t football fans or who don’t go to either school come to this event. 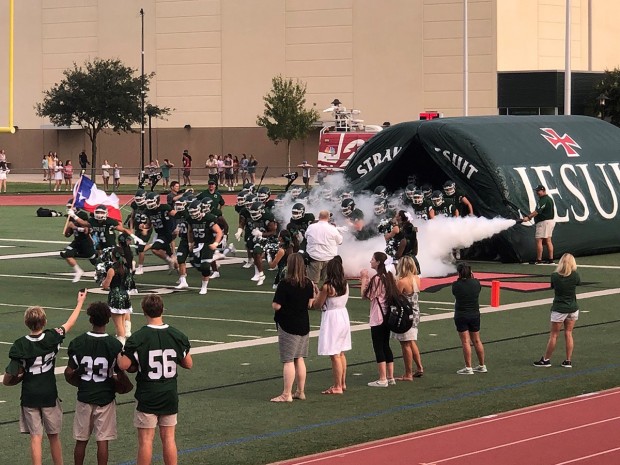 With the stadium filled to its 5,000-person capacity, players from both the Crusaders and the Eagles must have felt tremendous pressure to perform their best that night. Fortunately for the home crowd, the Strake Jesuit Crusaders prevailed and defeated the St. Thomas Eagles by a 28-17 margin.

There were many impressive performances that night, but one player stood out from the rest. Strake senior running back Dylan Campbell, coming off last year’s All-District performance, scored all four touchdowns for the Crusaders. 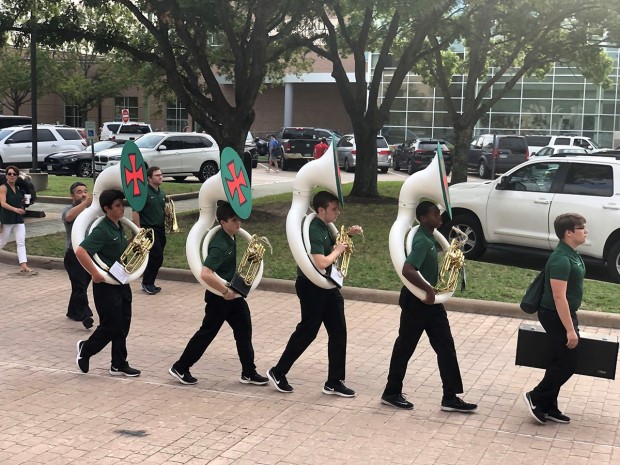 The Strake Jesuit band, which is made up of Strake Jesuit and St. Agnes students, marched into the game to the cheers of tailgating fans.

This game brought people from all around Houston, not just Strake Jesuit and St. Thomas students. The buzz around the campus was electric, with the ticket line extending around the block and a festive atmosphere at the school’s tailgate party. Along with the rivalry between the two schools, this game marking the start of the high school football season helped to attract a huge turnout. KPRC Channel 2’s sportscasters attended the game as part of its Friday Football Frenzy program,

The atmosphere at the game is a once-in-a-lifetime experience because there is such a connection between students who attend the schools and their classmates playing in the game. With every big play, the crowd would erupt with excitement. As the Crusaders enjoy this latest victory, Eagles will be even thirstier for payback in 2020.

Spring Fling at The Moody

8:00 pm to 10:00 pm
Location:
Moody Center for the Arts
END_OF_DOCUMENT_TOKEN_TO_BE_REPLACED