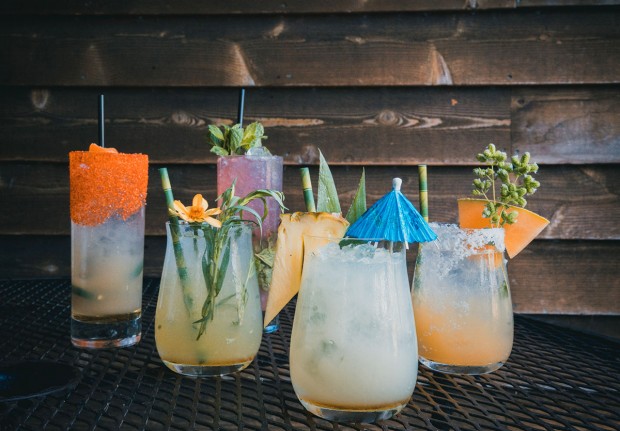 Some members of local nonprofit "I'll Have What She's Having" created an initiative called WellWeek to raise awareness of mental health issues. WellWeek kicked off Sun., Sept. 29 and continues through Sat., Oct. 12. Pictured: Zero-proof cocktails by Sarah Crowl of Coltivare, one of the participating restaurants in this year's WellWeek. (Photo: Julia Weber)

When celebrity chef and travel writer Anthony Bourdain died last June, the world was shaken. Not only had the world lost a man who - through years of travel, research and cooking - shaped our appreciation for food and culture, but fans also had to grapple with the fact that depression and mental strife drove a world-famous writer and chef to suicide.

Perhaps no community felt more affected by Bourdain’s suicide than those working in the food and beverage industry.

“When he passed away, we as an industry took it really hard,” said Chris Poldoian, general manager of Camerata Wine Bar, part of Paulie’s Restaurant in Montrose. “Reading his work was one of the reasons I got into this industry in the first place. I really looked up to him and his style of reporting, he was a speaker and an advocate for this industry.”

Chris as well as other members of Houston nonprofit “I’ll Have What She’s Having” responded to Bourdain’s passing and other tragic losses in the hospitality industry last year by starting conversations about mental health in the food and beverage industry. They created an initiative called WellWeek, hoping to raise awareness of mental health issues. This initiative was aligned with the nonprofit’s broader mission of raising awareness and funds around women’s health issues. 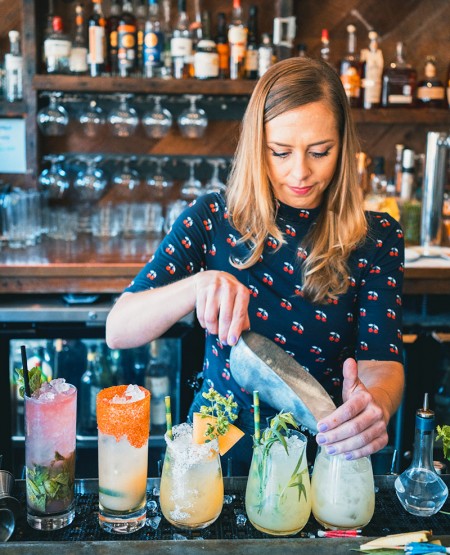 The initiative is now in its second year, and it runs from Sunday, Sept. 29 to Saturday, Oct. 12. Restaurants and bars that opt into the program commit to developing a complex, non-alcoholic beverage, or designating a dessert or other menu item for the program. At least $1 from the sale of that item is sent to the WellWeek fund, which benefits organizations focused on mental health – the National Alliance for Mental Illness - Greater Houston (NAMI-GH), Mental Health America of Greater Houston (MHA-GH) and Southern Smoke.

During WellWeek, staff and management in the food and beverage industry also have the opportunity to participate in workshops dedicated to discussing mental health, led by NAMI-GH and MHA-GH. “The food and beverage industry is very intense,” said Chris, one of four co-chairs for this year’s WellWeek program. “It’s a stressful environment for both front and back of house workers. You might be having a tough day, but the mentality is often, 'leave that baggage at the door and smile through it, make others happy even if you’re not.' Stuffing those feelings inside is not healthy or sustainable.”

Chris added that there is often a connection between alcohol consumption and mental health. To acknowledge that connection, the co-chairs encouraged bars and restaurants to create signature mocktails, empowering those who choose to not drink alcohol. “There are times when I want to go out to a bar and have that environment, but I don’t want to drink alcohol,” Chris said. “Nobody should feel guilty for wanting to go out and enjoy company without the pressure of drinking.” 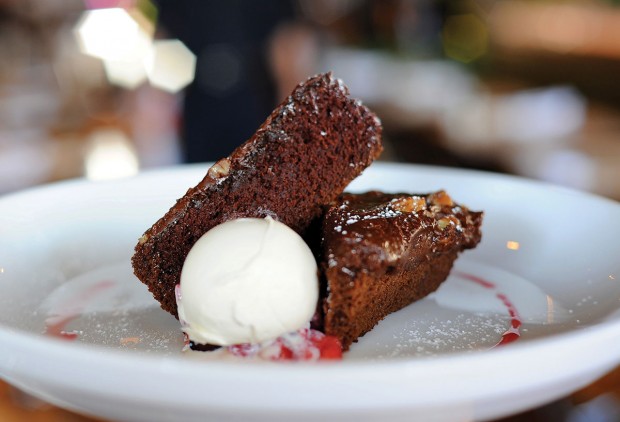 The Classic All Day and Benjy’s are participating in WellWeek by designating “Mom’s Chocolate Cake” for the program. (Photo: Courtesy of The Classic).

This year’s participants include upscale restaurants like Nancy’s Hustle and Xochi as well as trendy bars like Anvil and more casual spots such as Local Foods. Houston restaurateur Benjy Levit said he's participating by serving Mom's Chocolate Cake at both The Classic All Day and Benjy's and seasonal mintades at the five Local Foods locations.

Meanwhile, Sean Beck, beverage directory for H-Town hospitality, is participating in the program at several of his group’s restaurants, including Hugo’s, which is offering a special alcohol-free drink called “Galadriel’s Light.” The drink is a mix of Guava Jam, gooseberry, pineapple, lime, jalapeno escabeche Fever Tree Tonic and crushed ice.

Sean said the drink is inspired by The Phial of Galadriel, a magical object meant to be “light in a dark place” in The Lord of the Rings, which he recently began reading to his daughter. “The drink focuses on elements that make me think of sunny, tropical settings where you feel connected to life and the brighter aspects of it,” said Sean. “Many people suffer from depression and other aspects of mental illness. It's even more common in the restaurant and bar industry, where the stress and constant pressure to perform only increases the onset of mental illness and self medicating […] I'm honored to participate in a program that helps dispel the notion that we shouldn't talk about mental illness.”