The Battle of the Beltway 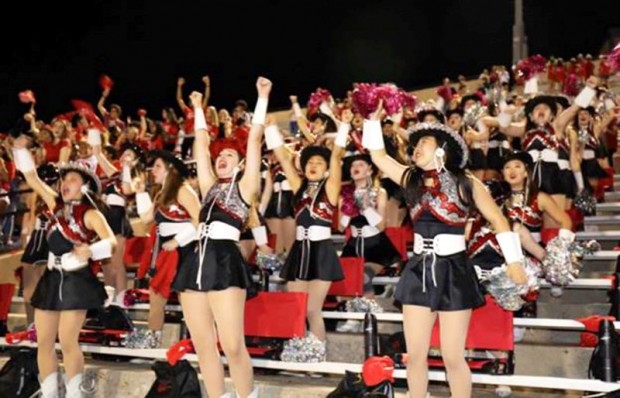 The Memorial Markettes and the Stratford Spartainaires before their halftime performance.

For as long as students can remember, the Memorial Mustangs and the Stratford Spartans have been archrivals. This past Thursday, both football teams got the chance to battle it out at Tully Stadium. In the weeks leading up to the game, shirts were made, signs were painted, and tensions grew. The biggest game of the season, as many call it, was a testament to the work put in by the players and coaches these past months.

From the get-go, the Mustangs took the lead and held it until the very end. With the final score settling at 31-3, the Mustangs took home the victory for the second year in a row. As the Stratford student section lessened by the minute, the Memorial side continued to grow. “Everyone was there, it was the most crowded it had ever been,” says Junior Markette, Amitis Malek. From the Mustang cheerleaders, to the band, to the players, everyone was loud and excited. 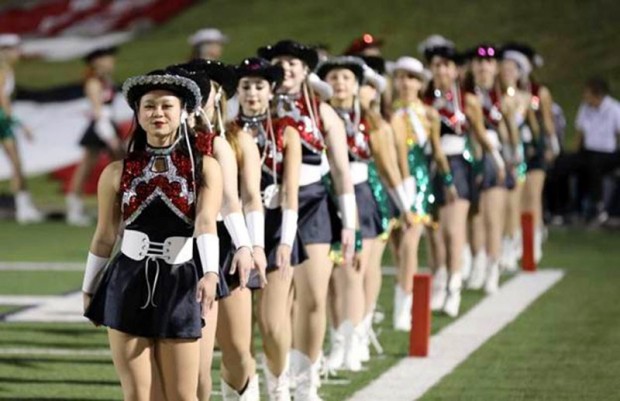 Pictured: after the halftime preformance as the Markettes and the Spartainaires walk off the field.

At halftime, the Memorial Markettes and the Stratford Spartanaires put on a routine they had been practicing for weeks. “It was fun to work with them, we all got along really well,” Malek said. Both teams had been travelling to Tully early every morning that week to work on their halftime performance. “I think it turned out really well. It was a lot of fun to learn from them and work together,” she added.

Another highlight of the rivalry - the annual school versus school canned food drive. Just before the players took the field to play the latter half, the winner was announced. The prize - bragging rights and the principal of the losing school donning the other teams jersey for the rest of the game. Coming in with a total of 33,000 cans, Memorial High School took the win. Stratford came in with a close 32,000 cans. The student body’s reward for the most cans collected? A homework-free homecoming weekend!

As the clock ran out, the Memorial football players ran over to the sideline, celebrating the awesome win on the field as well as in the canned food drive. The game ended as the Memorial High School alma mater was sung from the student section. Players and fans alike joined in on yet another tradition to bring the big night to a close.