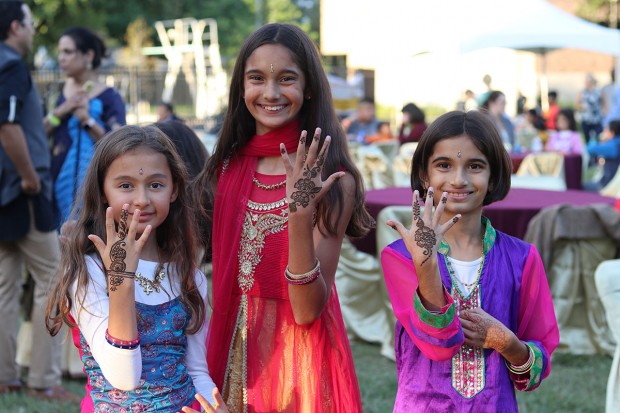 Vivian Viswanathan, Sonia Chilukuri and Sage Chilukuri, all students at St. John’s School, show off the mehendi they had done at the Diwali celebration. (Photo: Diego Ramirez)

About 400 community members gathered at Bellaire-Zindler park on Saturday, Oct. 12 to celebrate Diwali, the Hindu festival of lights. The evening included a jam-packed entertainment program including a Bellaire Bollywood Karaoke group and a tabla player and culminated with an open dance floor, where even members of the Bellaire Police Department were spotted showing off their dance moves.

“Everyone was having a good time,” says Priya Bhosle, a Bellaire resident who helped organize the community event. “I think the kids who performed were so excited. Performing really helps them showcase their talents and become more self-confident.” 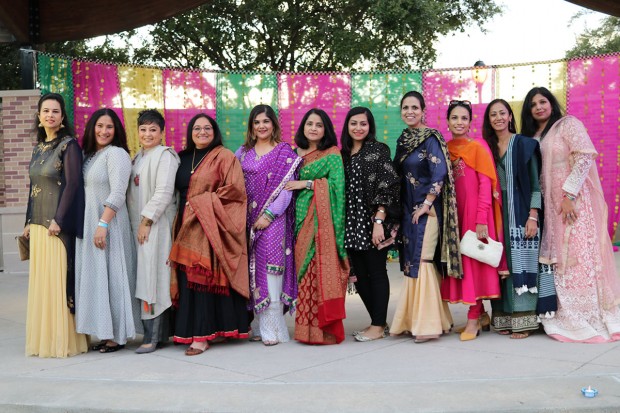 The park was decorated with diyas, oil lamps traditionally lit on Diwali, along with Rangoli, an Indian art form, and the stage had a colorful backdrop made with bright saris stitched together.

Performances included a group of kids – the “Bellaire Bollywood Shakers” – who ranged from age five to thirteen and danced to a medley of popular Bollywood songs. Kids as young as five also performed an invocation prayer to open the night, and West U resident Sharan Thind sang both the U.S. and Indian national anthems.

Adults were also part of the entertainment lineup. Two separate groups of adult singers sang both old and new songs, and Kajal Desai helped teach attendees how to do Raas Dandiya, a form of Indian folk dance. 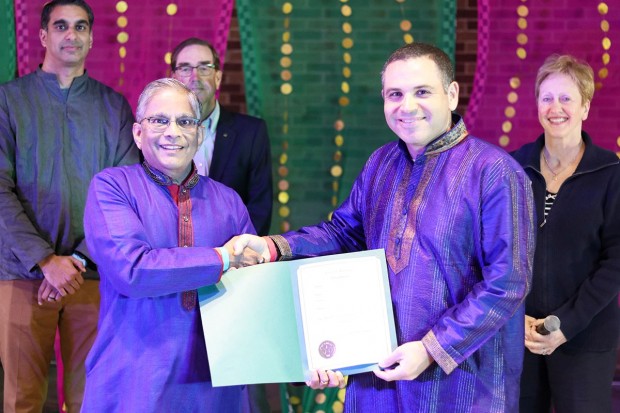 “My favorite act was the Bellaire Bollywood Mommies dance crew,” said Annum Sadana, referencing a dance performance by three Bellaire moms and one soon-to-be mom. “They were so fun and adorable.” Annum also served as the emcee for the evening.

The Bellaire Diwali party has taken place for more than 10 years and is organized by a group of Bellaire residents who seek to share the cultural and social heritage of South Asians. 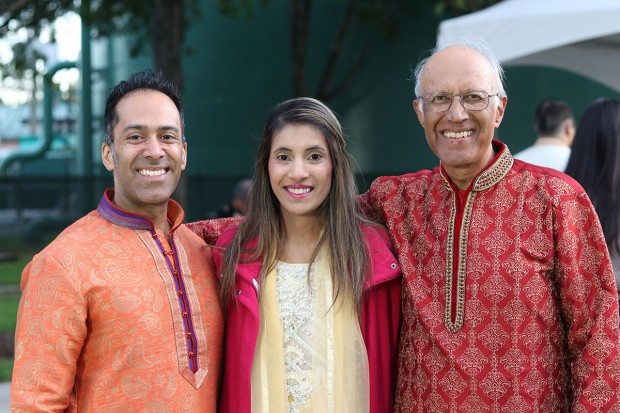 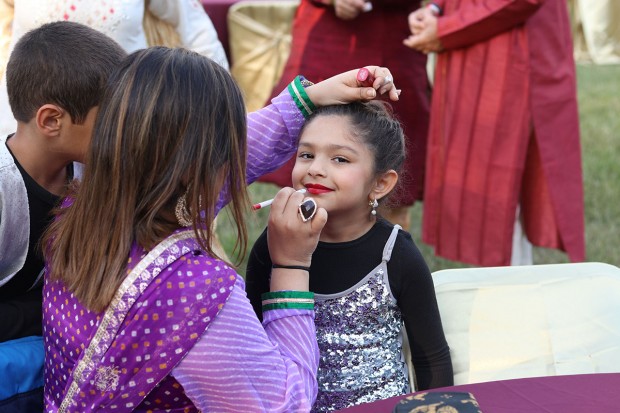 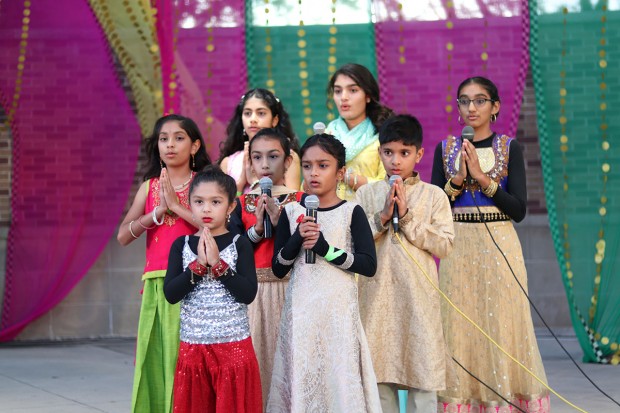 Bellaire resident Pramila Raval (not pictured) taught this group of children a prayer to perform as the invocation for the evening. (Photo: Diego Ramirez) 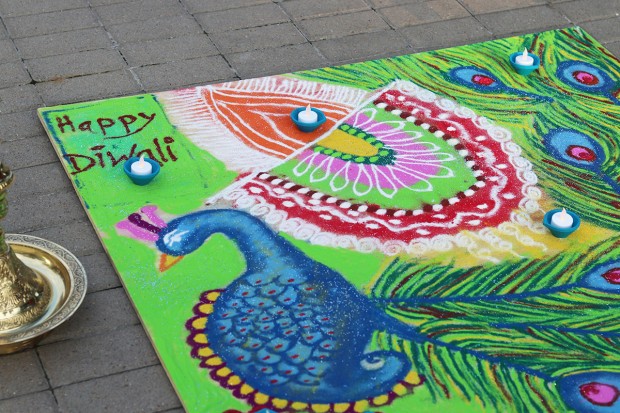 Rangoli, an Indian art form where designs are made using materials such as colored sand, rice and flower petals, adorned the floor of the gazebo area at Bellaire-Zindler Park. (Photo: Diego Ramirez) 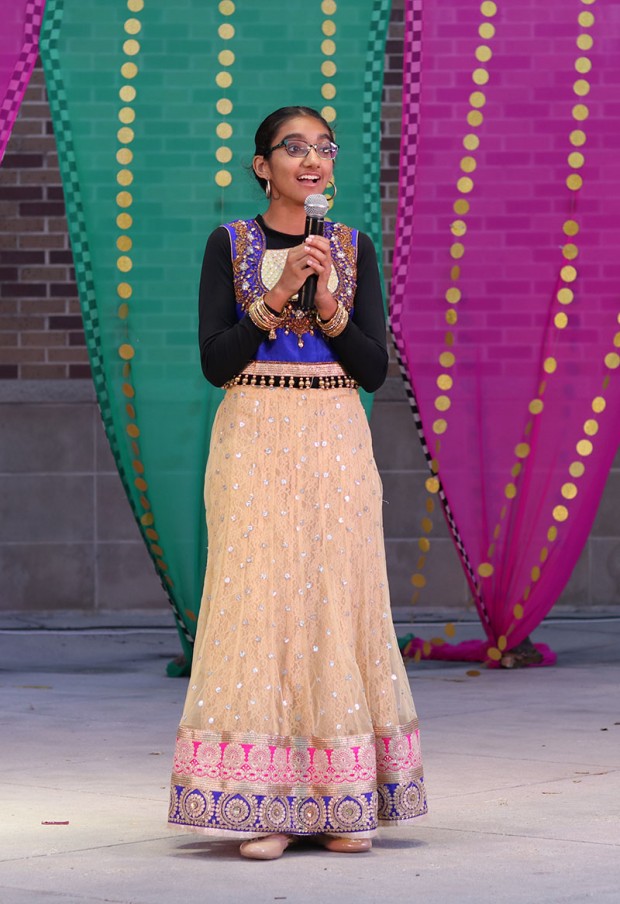 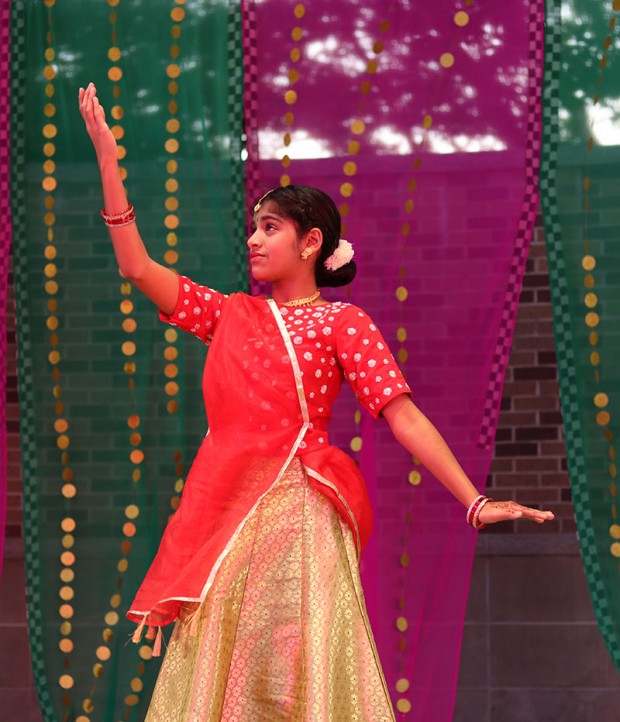 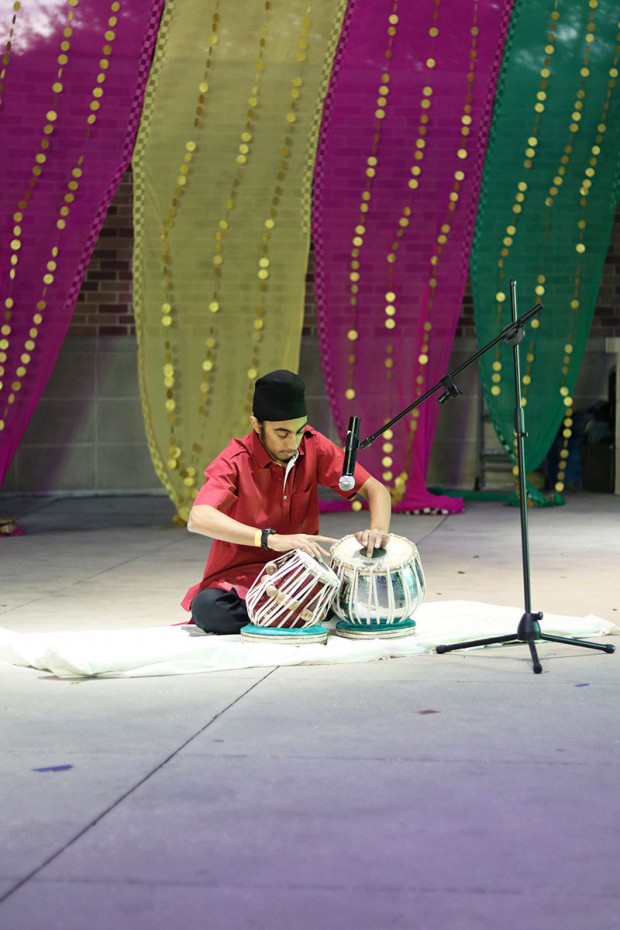 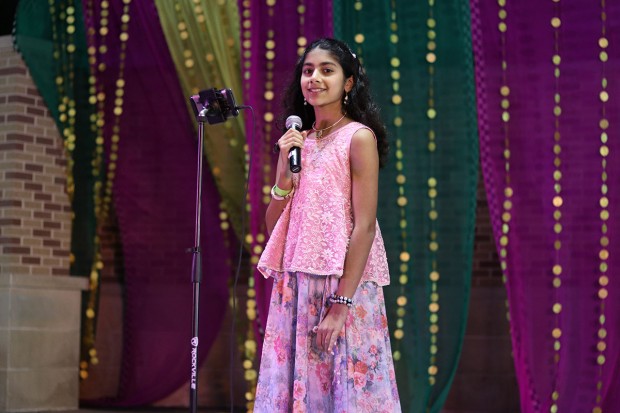 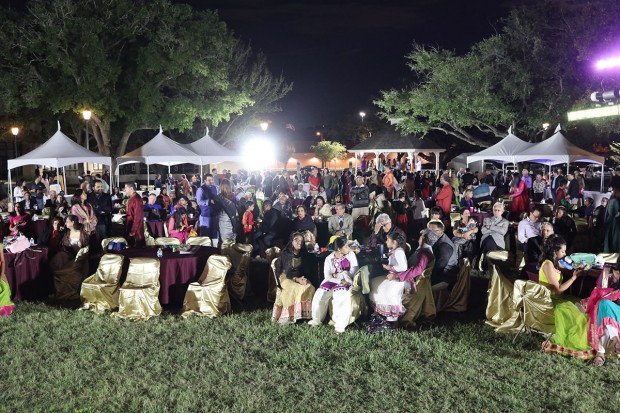 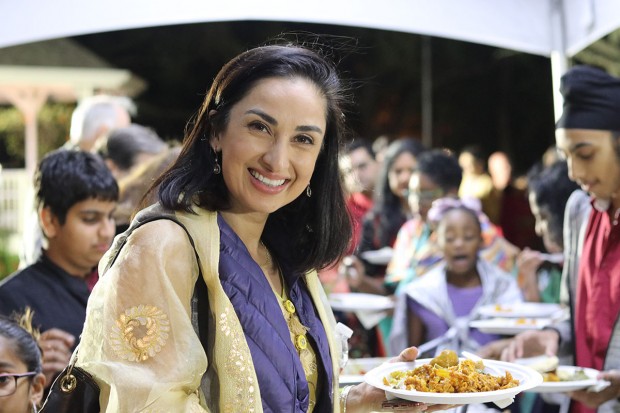 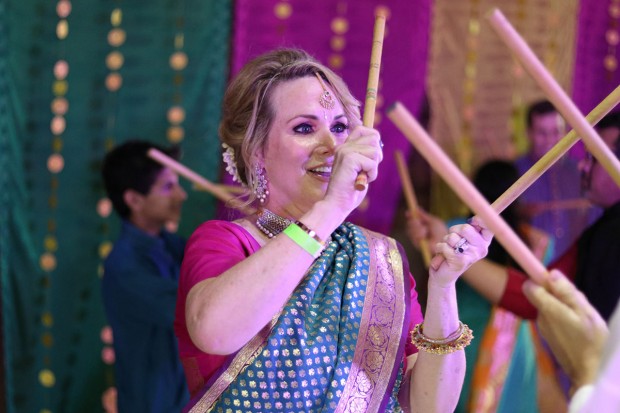 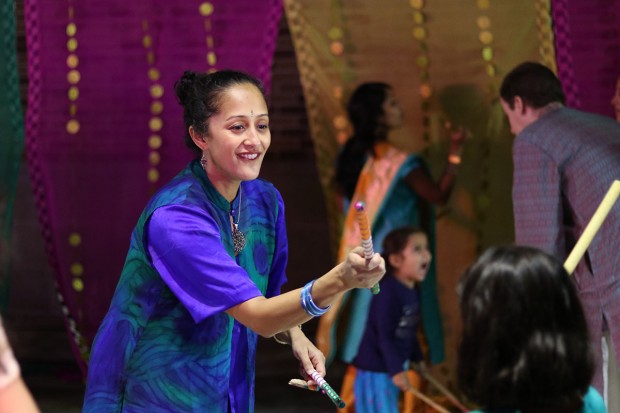 Kajal Desai, who teaches dance at the West U Rec Center, helped lead attendees in Dandiya Raas, a folk dance originating in the Indian state of Gujarat. (Photo: Diego Ramirez) 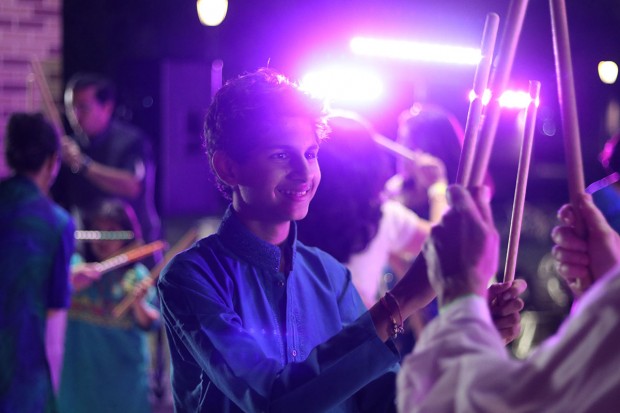