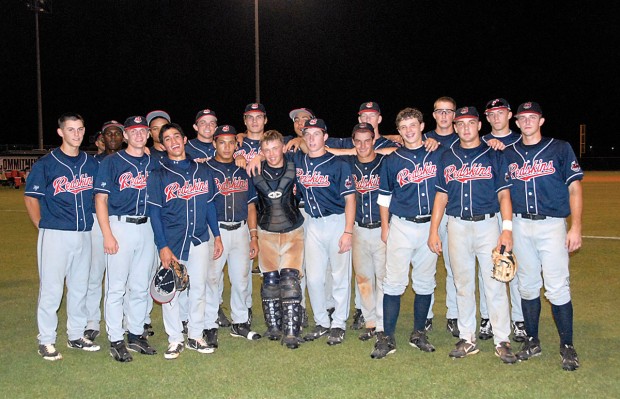 With a remarkable diving stop and throw out to first base in game three of the National League Championship Series versus St. Louis, Washington Nationals third baseman Anthony Rendon had made one of the best defensive plays of the MLB post-season playoffs. But, more so than that, the Lamar High School product has been a driving force for a Cinderella Washington Nationals team that's advanced to its first-ever World Series berth in a 4-0 sweep of the St. Louis Cardinals.

“Absolutely an incredible player at Lamar,” said David Munoz, his former baseball coach at Lamar High School, where Rendon made his mark as one of the best players to ever come out of the tradition rich Lamar program. “It’s no big surprise on where Anthony is now based on what we saw and where we projected him.” In 2007, Rendon led the Houston region in homers, and then in a sensational senior season a year later, Rendon hit for a truly incredible .583 batting average as Lamar beat out Bellaire for the district championship while then advancing deep into the state baseball playoffs.

“Anthony was hitting in the .800’s with runners in scoring position that year. He was very much our quiet leader,” added Munoz. “The bigger the situation the more he came through for us.” More so than that, Munoz described Rendon as a down-to-earth kid who was easy to coach and a pleasure to be around. “I tell you what, I still stay in contact in Anthony and he hasn’t changed.”

While Rendon was then drafted right out of high school, he chose to continue his baseball career at Rice University, where as only a sophomore in 2010, he won the Dick Howser Trophy as Baseball America’s College Player of the Year, becoming the first underclassman in a decade to win the prestigious award.

Flash forward to the present and the now 29-year-old Rendon, who was the sixth overall pick in the 2011 MBL draft by the Nationals, is considered one of the best overall players in the major leagues. He hit for a lofty .319 batting average this season with 44 doubles while leading the majors in RBIs (126). A fan favorite as well, the chant of MVP, MVP was the rallying call for thousands of Nationals fans each time Rendon stepped to the plate or made one of his sparkling defensive plays in the NLCS versus the Cardinals.

So now, 11 years removed from his playing days at Lamar High School, Rendon is facing the very real prospect of a one-of-a kind homecoming, a potential matchup against the hometown Houston Astros in the 2019 World Series. “I think that would be a dream come true for Anthony and his fans,” said Munoz.  “I can tell you it would be the most exciting series I’ve ever seen. Anthony continues to make us proud.”