Looking Good Behind the Scenes of the 2019 World Series 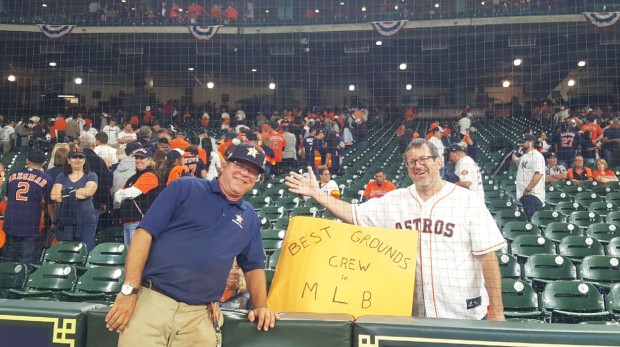 All of Houston is thrilled for the Astros to be playing in the 2019 World Series. Meet some behind-the-scenes Astros fans who help make all the excitement happen!

Jerral Green has been a horticulturist (fancy word for landscaper) his whole life. A few years ago, he added his dream part-time job that is on every horticulturist’s bucket list…being part of the grounds crew for a Major League Baseball stadium. Jerral keeps busy working with the rest of the crew doing pre- and post-game preparation, which includes batting practice set-up and teardown, making sure the field is game-ready after batting practice, drawing the chalk lines by home plate, the first and third baselines and then dragging the infield dirt between bases during third and sixth innings., which typically takes about nine or ten people.

Jerral shared, “The most fun part is getting to be on the field and not getting arrested! Turning around and looking up at all those fans looking down and cheering you gives you the players’ points of view. It’s really special.” 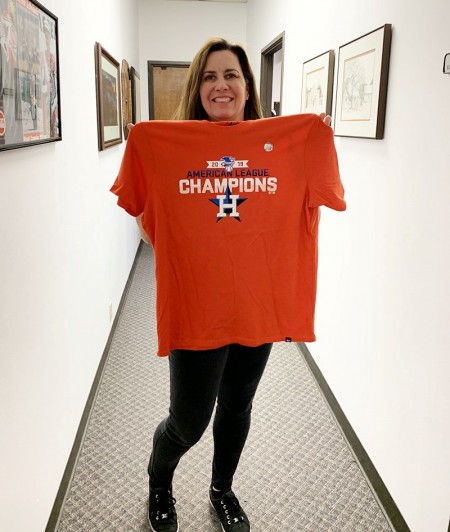 Have you ever stood in line with other jubilant fans to buy a championship t-shirt just hours after the hometeam won? Ever thought about the t-shirt fairies who made all of the shirts to keep H-town fans well dressed?! Meet Renelle Cadena of family-owned Trademarks, a company that prints many of the t-shirts that come hot off the press, including for Astros playoffs. “Astros printing is fun, exciting and a wild ride. Lots of ifs and thens in planning and everything can still change hour-by-hour depending on the game results and what the stores decide to order.”

Renelle’s 40-year-old family company prints for 47 Brand who is the licensee that designs the championship shirts. Their business is based in Boston, so it is quicker for them to find a printer in a local “hot market” where the teams are located so merchandise can get to the stores faster.

Last week, for the American League Championship Series. Trademarks printed well over 50,000 shirts. Renelle shared, “With the win on Sunday night for Game 5, we have 25k shirts due at 2 p.m. Tuesday. Just one more win means a lot more shirts. It’s a fun wild, sleepless time including preplanning how to feed 40 people at 2 a.m.!” 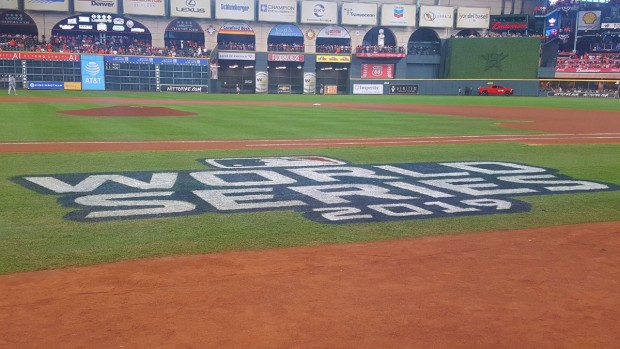 Looking good, Minute Maid. It's magical to stand on the field where World Series games are being played.

Renelle continued, “When the Astros won two years ago, we printed over 150k shirts for playoffs and world series. We have printed ‘hot marketing’ for a long time. First I recall is the Rockets championship in the early 1990s.”

Renelle and her crew love helping with the t-shirts. “It is exciting for the whole city when one of our hometown teams is in a Championship event. We are thankful to be a part of the behind the scenes when it happens. Go Astros!”

Whether it’s having lots of “dirt” on the Astros or clothing Astros fans with the shirts off of their backs (or printing presses at least!) root, root, root for the home team, Jerral, Renelle, their coworkers and families that help the magic happen.

Astros, Take it Back!

Game 6 of the World Series takes place Tuesday evening at 7:07 p.m. If necessary, Game 7 will be on Wednesday evening at 7:08 p.m. Read about traveling Astros fans here. See where to watch the game in Houston here and where to find fun Astros-themed treats around town.

Editor's Note: In May 2006, writer Greg Hassell wrote about the experience of working on the Astros grounds crew for the day. Read what it was like here. 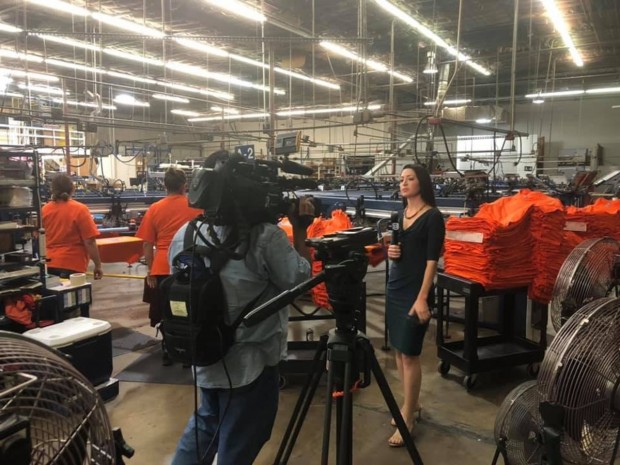 Television crews standing by to let fired up fans know the championship gear is coming. 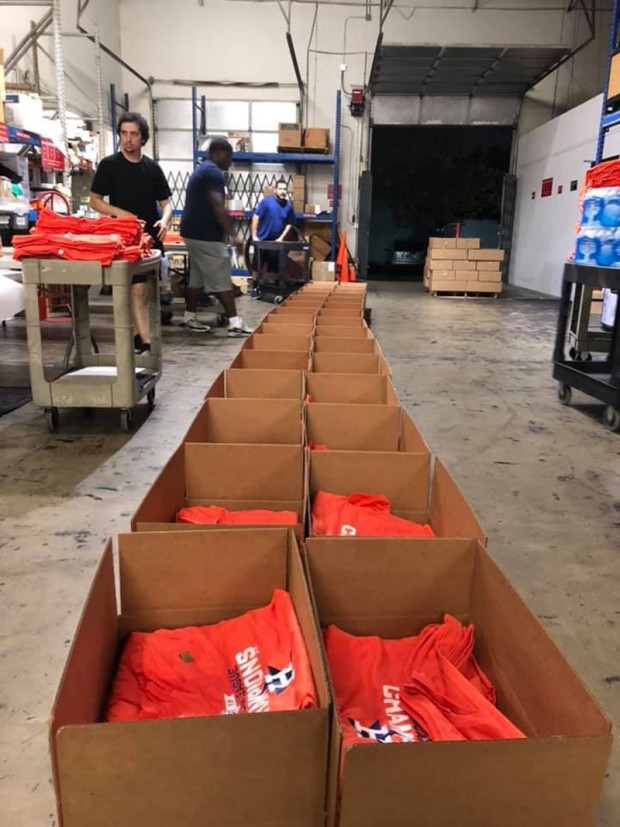 After the Trademarks crew pulls an all nighter, the ALCS champions t-shirts are all lined up and ready to go.