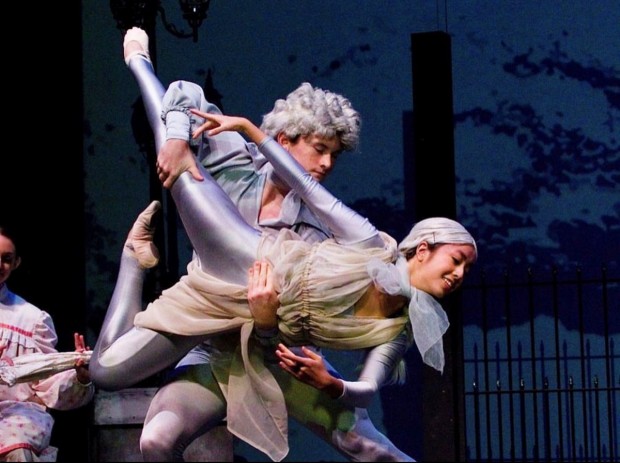 Kinder High School for the Performing and Visual Arts just wrapped up our fall musical, Mary Poppins. I wouldn't say this is your average school play; our high school is well known for the arts. The concerts and theater productions are on a caliber of near Broadway perfection. I want to put the spotlight on a senior, Diego Mckenna Borrero. He is involved with every theater performance as a dancer. As impressive as he is, I do not doubt that he will go on to do amazing things in the future. Let us take a look inside one of PVA's high-performance male dancers.

How old were you when you first started to dance?
"I have been dancing my whole life; however, I did not begin my formal training until I was 13 years old."

Is this what you wanted to do, or did your parents encourage you in the beginning?
"Dance is entirely self-pursued. For some reason, I was put in a ballet class at my school when I was five; however, the teacher made a rule that the class was only for six-year-olds and up. Since then, I participated in the modern dance after school activity from second grade to sixth grade and began my formal dance training when I moved to Houston from Peru in seventh grade. When living in Peru, I researched performing arts middle schools in Houston. Johnston Middle School (now known as Meyerland Middle School) popped up. I auditioned and was accepted." 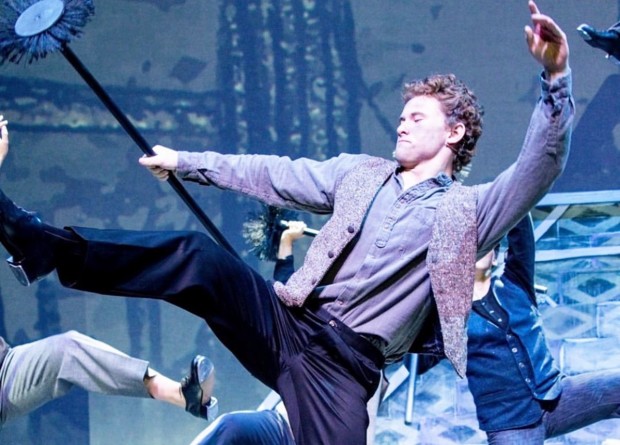 Did you ever start to compete in dancing competitions, and if yes, what age?
"I have never competed in a dance competition. Up until about a year ago, I looked down upon dance competitions because they seemed to be fake and to nurture no real talent in dance. Also, I didn't understand how one ranked dances because dance is about the interpretation of movement. What may seem like a worse dance to someone, that same dance may seem like the best dance in the world to another person.”

Is dancing something you would like to continue in college?
"Dancing is something that I would like to continue in college. At the moment, I am applying to about 11 universities. Only three of those are not to pursue dance. My first choice is the University of North Carolina School of the Arts (UNCSA), which is a conservatory program in Winston-Salem, North Carolina.

Do you feel like you are always trying to defend your decision to dance to people who stereotype it as unfavorable or as a specific gender sport?
"In the past, that stigma was much more prevalent than it is now. In elementary school, when I participated in the aforementioned modern dance after school activity, I would always catch flack from my male friends who participated in the after-school soccer activity. They made fun of me and questioned why I was dancing when it was only for girls. Once I got to middle school, because it was a performing arts middle school, I received less flack from males because males pursuing arts were more prevalent there than it was at my elementary school; however, there were still a couple of males and females that would make comments about why I was a male dancing in tights." 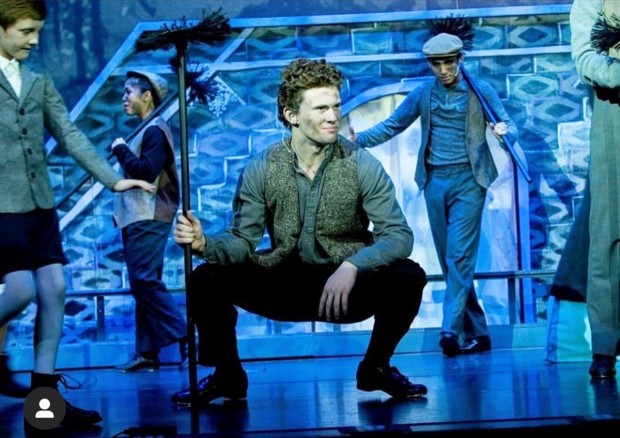 If you had a son, would you encourage him to dance?
"When I have children, and if it is a boy, it will be tough for me not to push them to dance. I am so grateful for my parents because they did not push me to do anything related to dance. They allowed me to follow my path and my interests, and that is what led me to be the artist I am today. I will let my children have the same luxury of choosing whether they want to dance or not, and I will try my hardest not to feel disappointed if they don't wish to dance, or to push them to dance."

What do you want to tell people who don't quite understand your love for dancing?
"I want to ask people that do not understand my love for dance, why do they love what they love? What is so different about the things that I choose to love, as opposed to the things they choose to love? I want to tell them that dancing is my way of coping with the world; it is my way of expressing what I feel and working through all of my problems. It is my way of living life, and they should respect that. I don't need them to understand because I don't necessarily understand their way of living life, but they should respect my way, as I do theirs."

There is so much talent at this school, just like our dancer Diego. I would encourage you and your family to come to one of our events this school year. Coming up this Thursday is Music Fest, which will feature continuous performances by choral groups, big bands, jazz combos, pop singers, mariachi, chamber groups, orchestra, pianists, and more. To kick off black history month this February, our next big production, spring musical, is The Color Purple.