Thetas Support Give A Crock Campaign 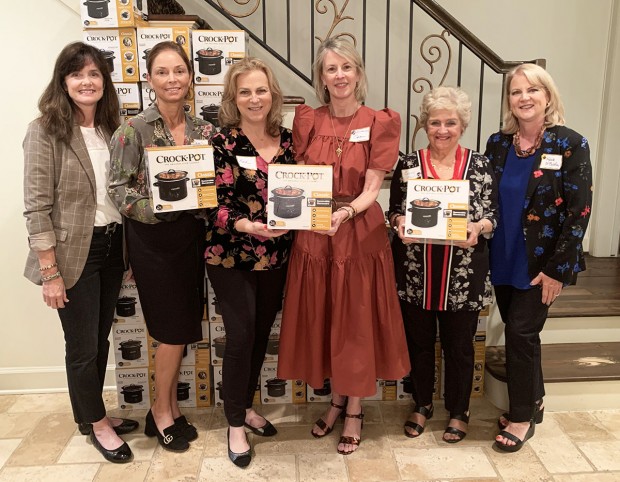 As each woman circled the table, they grabbed an onion, a large potato, a tomato, a carrot and a celery stalk – all the vegetables needed to make Marcia Smart’s Vegetable & Rice Soup. They placed the veggies in an Evert Fresh bag, known to extend the life of produce, and then packed the veggies into a box containing a crockpot along with rice and seasoning. Once 50 boxes were assembled, the women – all members of the Houston Alumnae Chapter of Kappa Alpha Theta – loaded the crockpots into a refrigerated van parked in Judy’s driveway.

In packaging the crockpots, the Thetas were helping launch the “Give a Crock” campaign, a pilot program created by food rescue organization Second Servings of Houston. Through the program, low-income individuals who live in efficiency apartments at New Hope Housing – an organization dedicated to providing affordable housing and support services to Houston’s most vulnerable populations – can opt into receiving a crockpot. Because their apartments do not have stovetops, the residents do not have an economical way to cook fresh produce in their rooms. 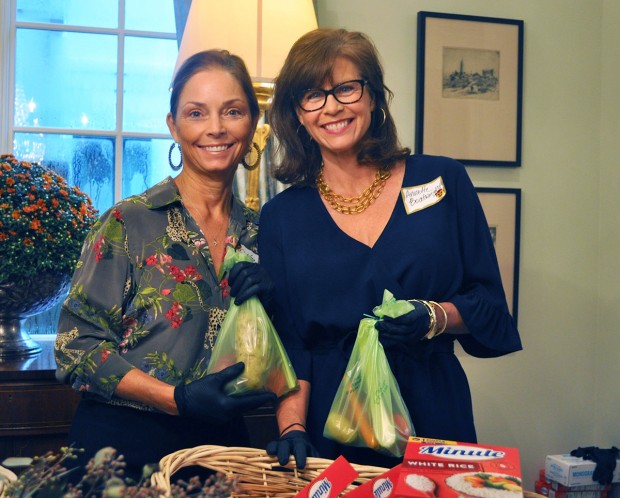 “We deliver all this beautiful produce from Trader Joe’s and other distributors, and then they have to use a common kitchen or microwave,” explained Second Servings founder Barbara Bronstein. “The Give a Crock campaign is designed to enable low-income residents at New Hope Housing and other properties to cook healthy, economical meals all year long.”

“It’s a great thing for us,” said New Hope Housing’s Manager for Communications Leslie Friedman. “I imagine it will benefit the residents tremendously. We put signs on each residents’ door about the program, and we’ve already had great feedback.” 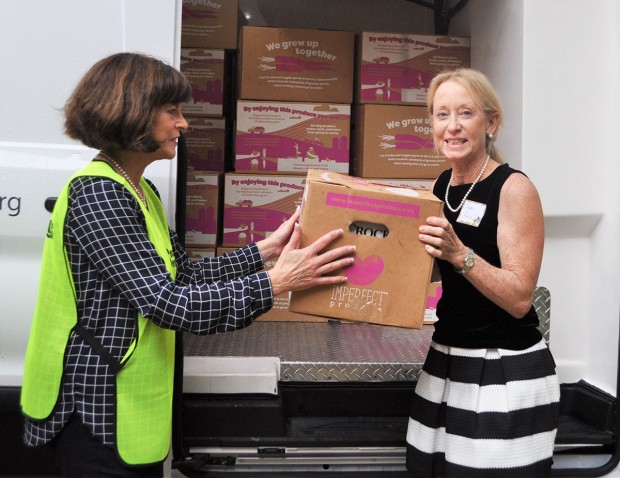 The Houston Thetas has been supporting Second Servings since 2018, when the food rescue organization applied for and received a grant from the Thetas, helping fund their third refrigerated van. The van is what allows Second Servings to procure unsold produce, dairy and meat from places like Trader Joe’s and deliver that food to those in need.

The Thetas’ October meeting always features one of the grant beneficiaries, and Houston Theta president Suzanne Caram says she was eager for the group to participate in an impactful service activity.

“We wanted to feel like we were making a community impact, not just handing a check to someone but physically helping this group fulfill their mission,” she said. 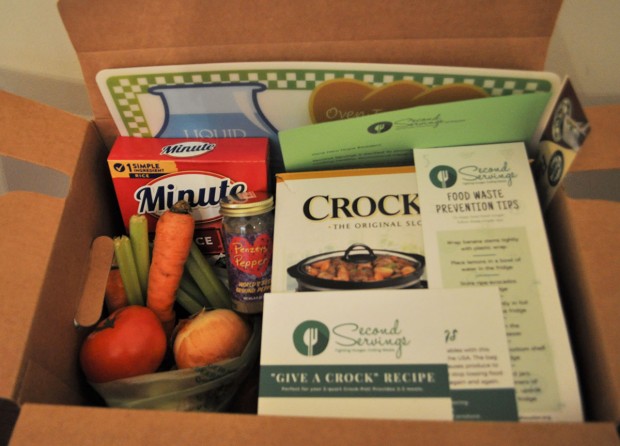 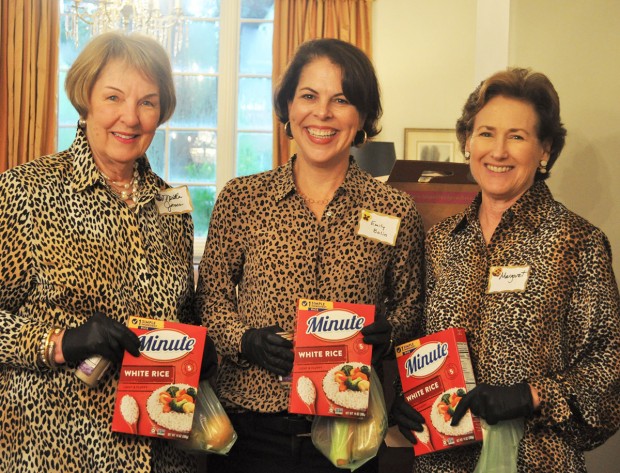