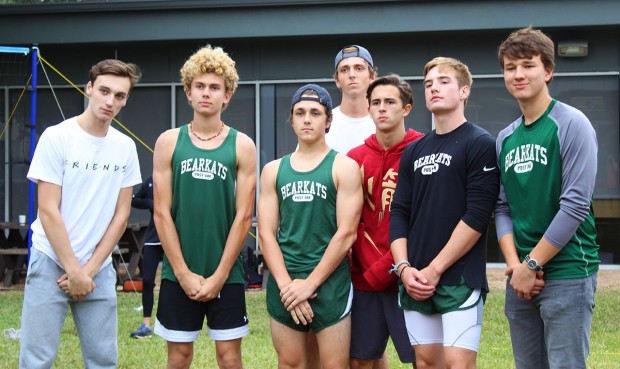 Every year at about the halfway point of the fall semester, Post Oak holds an event for the community called QuadFest that allows seniors to take a break from college apps and the rest of the community to bond and have fun. QuadFest is student run and planned, for both high school and middle school students. It’s a fan favorite: most of the school is involved in some way, whether it be by planning, setting up, or participating in the event.

Headlining QuadFest is the annual Post Oak volleyball tournament, a far-too-competitive contest where winning braggings rights actually equates to bragging for a year. In order to get a slice of that un-humble pie, my friends and I created a team with the hope that getting together a bunch of juniors and seniors would propel us to the finish line. How wrong we were. The first round we faced last years defending champs, a group of sophomores. It was truly the match of the century, with almost the whole school turning out to see it. Sadly, we were upset and lost in a best of three 2-1. It was an incredibly close match the entire way, but in the end a loss is a loss. I have one more year to win it all, so next year I have to go all-out.

Along with volleyball, QuadFest has live music, a pie-eating contest, cookie decorating, pumpkin painting and food trucks. The live music is an essential part of the event. This year, the band Nighttime Colors played. Three-fourths of Nighttime Colors are Post Oak students. The performance was awesome, and made even better by the fact that it was my classmates performing. The live music competes for the most popular QuadFest event, but I feel it gets narrowly edged out by the enormity of the volleyball tournament. Liam O’Gorman, a junior, said “It was nice that it gave a platform for some of our musically oriented students to show us what they’ve been working on in their personal time.” I wholeheartedly agree; other than the volleyball tournament, the live music is my favorite part of QuadFest.

This years QuadFest was an outright success, so much so that there are already plans being made for a spring semester QuadFest! It’s events like these that make Post Oak’s community so close and special. As Zoey Weinstein, a senior, said, “QuadFest embodies the Post Oak idea of community.” She’s totally right. In the end, that’s what QuadFest is about: bonding with your classmates over great live music and overly-competitive volleyball games. When you have an event for students, planned by students who want to have an amazing time themselves, you end up with a beloved annual event such as QuadFest.