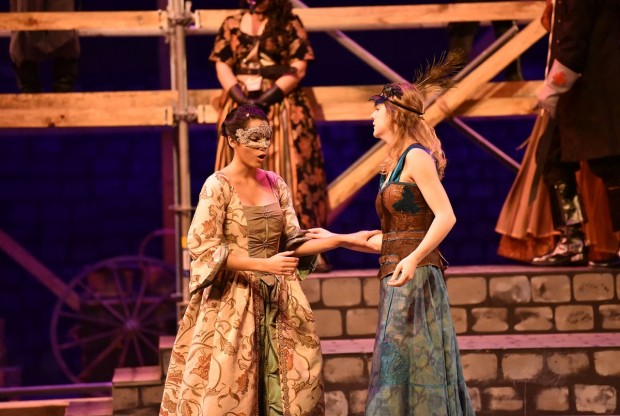 But don’t be fooled - this isn’t your traditional interpretation of the Alexandre Dumas novel-turned-drama. Set in 17th-century France, the updated production allowed female characters to play significant roles.

“Sabine has this real desire for adventure, and I really identify with that,” Waters said. “When I was a little girl, I always wanted to be the male heroes that I saw on television and movies - the ones that fought with swords - and that’s exactly what Sabine is like.”

In the original Dumas story, the main character is the swashbuckling D’Artagnan. In this version, written by playwright Ken Ludwig, Sabine is a main character, accompanying her brother on his adventures.

“[Sabine] gets to actually have feelings and be a real person, which is really great,” Theatre Manager and Technical Director Thomas Murphy said.

The plot’s modifications are also significant for junior Meridian Monthy, who played the antagonist Milady. In past productions, she has played more comedic roles, including Pumbaa in The Lion King and Roz in 9 to 5. Playing Milady allowed her to connect with the more serious side of her personality.

“Milady is this really awesome icon that I strive to be in real life. I’m really privileged to play her,” Monthy said. “I want to take her air of certainty and overall strength and bring it to my life.”

The elevated feminine roles were not the only aspect that made this production unique. After hours of research and exploration, Murphy and Production Director Jamie Stires Hardin designed a set reminiscent of 17th-century France. With their guidance and help, the crew went to great lengths to ensure that every detail is accurate. 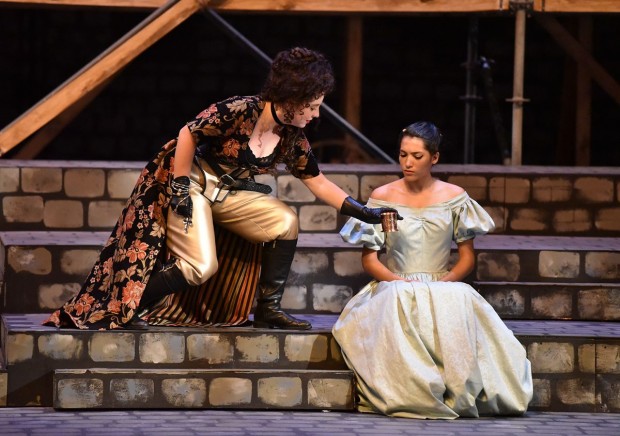 “A lot of shows that we have done have been fantasy-based, but this one is very in tune with the time period and takes a modern spin on it,” Monthy said.

The stage fighting in the traditional Three Musketeers remained a strong component of the modern version.

“While there is a lot of stage combat and "violence" per say, [the production] is a classic story told on stage and it is a story of honor,” said Stires Hardin.

The action-packed scenes included sword fighting and climbing on rafters. Choreographing the stage combat was one of the most time-consuming aspects of rehearsal.

The fight scenes were first choreographed by Stires Hardin and later changed to fit the set. Before each performance, the crew partook in a fight call where the scenes that include any form of physical contact were run repeatedly so that the cast felt safe when they actually went on stage to perform.

The elements of stage fighting added a new level of stress for crew members involved. According to Waters, by the time she got to the show, she had to rely on muscle memory.

“If you think about it too much, if you make a wrong move, you could get injured or something bad could happen,” she said.

Despite these challenges, crew members were energized for opening night.

“The costumes, the story, and everything else is really full of life and fun and it's thrilling,” Stires Hardin said. “I think that's what is really exciting because it keeps you on the edge of you seat the entire time.”