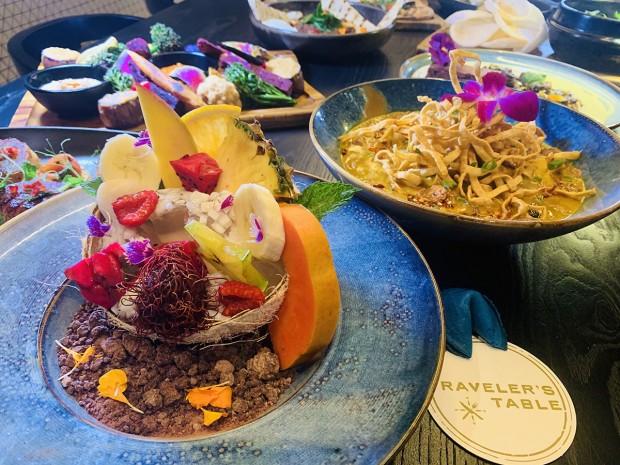 It’s Friday night, and my family is trying to decide where to go to dinner. Inevitably, an argument ensues: Mom vetoes Tex-Mex; Dad’s a pescatarian; my brother Raj says he’s already had Mediterranean for lunch; and I refuse to eat Indian food for the fifth night in a row. Back and forth we go. Soon we’re exhausted from the banter and we say, forget it – frozen pizza on the couch it is.

This recurring dilemma of where to dine is part of why I was excited about Traveler’s Table (520 Westheimer Rd.), a new restaurant in Montrose featuring dishes from all over the world. Finally, something my whole family can get behind.

The menu includes six items from the Far East, four from India and the Mediterranean and five from The Americas. There are a range of salads, flatbreads and small plates, plus six nighttime entrees and, of course, a selection of globally curated desserts. 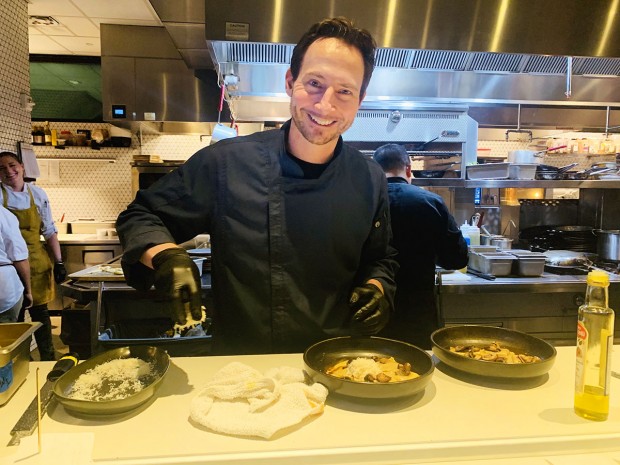 The concept comes from Matthew Mitchell, a native Houstonian whose life path is as eclectic as his menu. Matthew, 46, grew up in Memorial and attended River Oaks Baptist and The Kinkaid School before he went to Emory University, his sights set on a literary career. During his undergraduate years, Matthew studied abroad – at Oxford University in England as well as in France and Italy.

Matthew continued traveling the globe over the following decade as he worked as a freelance journalist and writer; all the while, Matthew connected with different cultures through food.

“Food was the gateway to other cultures,” Matthew says. “I don’t speak Arabic, and I don’t speak Mandarin, but I can certainly eat well in the Middle East and in China.”

When I first met Matthew at Traveler’s Table this week, I overheard someone ask him how many languages he spoke. He answered, “Well, I can order in all of them.”

After returning from abroad, Matthew spent 14 years working in the pharmaceutical industry in Houston before returning to his love of food and travel through the global menu at Traveler’s Table. 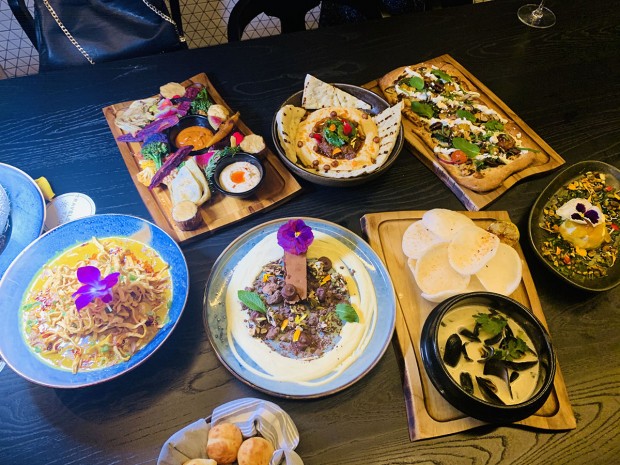 Tackling a global menu may seem audacious, perhaps foolish. How can a single restaurant expertly concoct Thai specialties like Khao Soi alongside American classics like Shrimp and Grits?

But Traveler’s Table isn’t trying to compete with your hole-in-the-wall Thai joint, or your mom-and-pop Southern diner. Instead, Matthew and his team hand-selected traditional dishes like Butter Chicken – noting they could not take on an exhaustive list from each culture – and elevated them with a modern twist.

“By modern, we mean we aren’t trying to compete with everyone’s grandmother,” Matthew says. “Doing an authentic Mole sauce with 15 ingredients, cooked all day in a Mexican cocina – that’s not what we’re doing. We are trying to stay true to the spirit of the dish, but we are tweaking it to make it our own.” 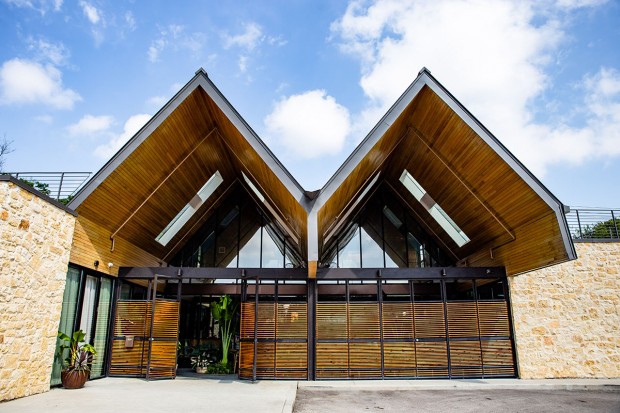 Traveler’s Table seems to recognize that the best Dim-Sum in Houston is probably in Chinatown, and the most authentic Butter Chicken is likely on Hillcroft. But they take pride in their unique take on traditional items, along with the upscale vibe they offer at a reasonable price point.

“We like to say we’re upscale but not uptight,” Matthew says. “The per person check average is around $45. A lot of restaurants around here, it’s closer to $100.”

Matthew added that the restaurant plans to open for lunch within the next month and will also add a happy hour and weekend brunch. Traveler’s Table is currently open daily for dinner 5-10 p.m. Monday through Thursday and 5-11 p.m. Fridays and Saturdays and 5-9 p.m. on Sundays. The patio will be dog-friendly for lunch and brunch but not for dinner. 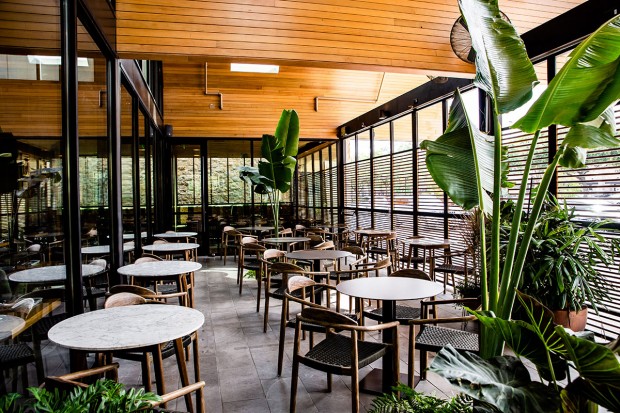 The front of the restaurant includes a patio filled with palms and potted plants. The patio will be dog-friendly for lunch and brunch (when the restaurant offers lunch/brunch in the future) but not for dinner. (Photo: Kirsten Gilliam) 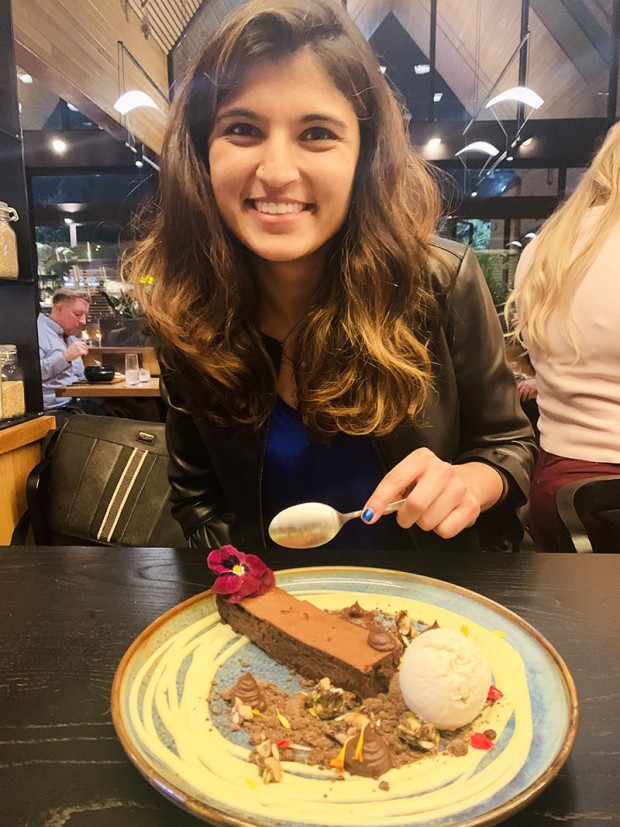