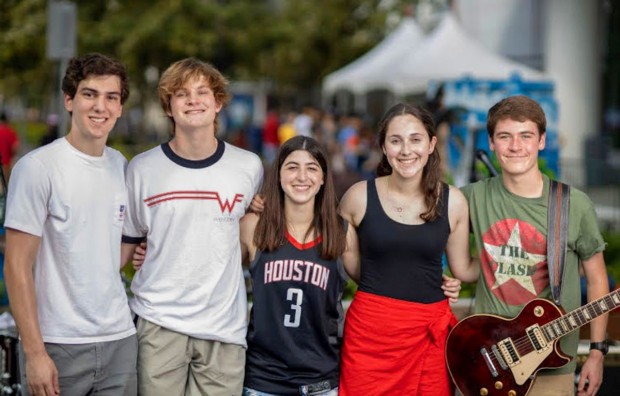 A student-run band, now composed entirely of sophomores, Claremont Heir, echoes through St. John the Divine, the church attached to the high school in early April. Little did the then-freshman band know this would be one of the few times they performed in the church.

This year’s Music Assembly took place in the school’s Virginia Stuller Tatham (VST) Fine Arts Center instead of in the chapel.

Music Assembly, once deemed “Music Chapel,” is an opportunity for students to demonstrate their musical talents for the entire student body. Before last year’s performance, Reverend Ned Mulligan announced that Music Chapel would no longer exist, and that all future performances would take place in the VST if approved by Dean of the Upper School, John “Bailey” Duncan.

Mulligan explained that the reason for the transfer of locations was due to the school’s new seven-day rotation schedule and the short amount of time in the chapel period, now exclusively reserved for chapels in the church, not assemblies.

“Playing in Music Assembly was very exciting and a great experience to show off the band’s hard work,” said Claremont Heir drummer and sophomore Lily Pesikoff.

For Pesikoff, Music Assembly and Music Chapel were equally fun, but she believes that the assembly was more “put together and organized as a whole.”

“We are excited to continue growing as a band and showing people what we can do,” she said.

Junior Natalie Brown, who worked with her group on their song for months, found the experience more rewarding because of the new location.

“It felt more like an actual show since it was in the VST,” Brown said. “There was a totally different energy from the audience than there is performing in the chapel.”

Even though the switch in location was sprung upon members of the student body, those who took part in the newfound Music Assembly will never forget their memorable performances.