Ringing in the New Decade: Clear Vision for 2020 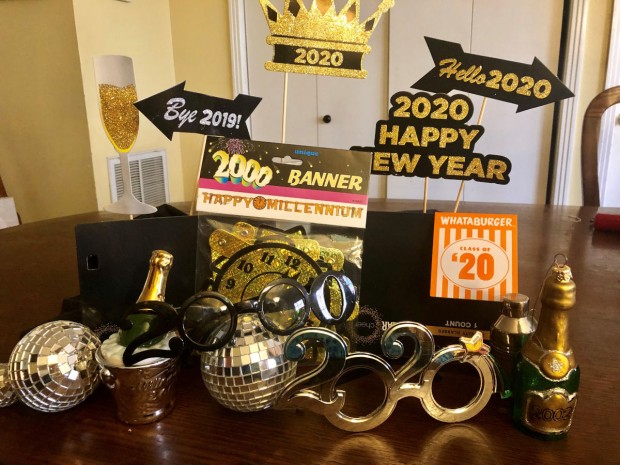 Cheers to stylish eyewear and decorations to celebrate the 2000 and 2020 new years.

Twenty years ago, many of us were partying like it was 1999 . . . because it was! Yes, this week marks the 20th anniversary of ringing in 2000. We were giddy with excitement that we would actually experience the dawn of a new millennium. How have 20 years already passed?!

Remember everyone holding their breath at the stroke of midnight on Dec. 31, 1999, hoping the world wouldn’t end? The fear that computers wouldn’t recognize a “2” instead of a “1” in the one-thousands place because computers were created in the 1900s? Would technology not recognize a 2000, causing anything that ran by computers - electrical grids, gas tanks and automated teller machines (aka ATMs) - to stop working? But, thankfully, the transition between centuries went seamlessly and computers kept working. The world did not shut down. Everyone let out a big sigh of relief and, on the bright side, better-safe-than-sorry friends now had well-stocked basements for the next natural disaster or zombie apocalypse. Thankfully, Y2K ended up being Y2-OK. 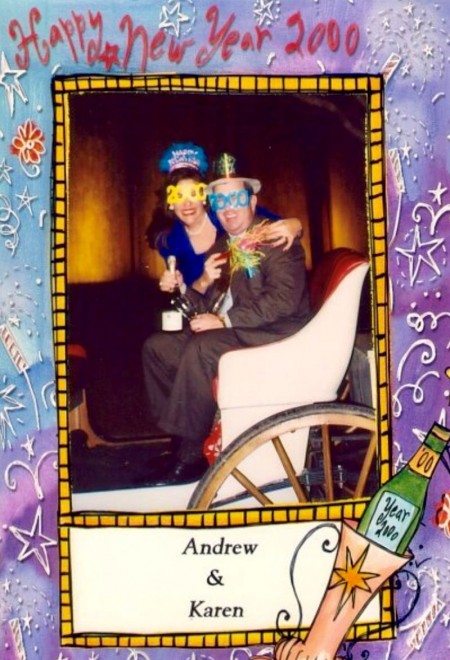 Karen Vine and Andrew Fuller wearing their 2000 glasses for their Welcome to the New Year’s Card. They included a pair of paper 2000 glasses in each envelope and their friends and family members sent back photos of themselves wearing the glasses.

For those of us that were around to ring in 2000, hopefully the next decade will be the Roaring Twenties and not the Snoring Twenties!

If you were born or got married in 2000, it’s unique trivia about your life and it also comes in handy when you’re not great at math and need to remember birthdays or anniversaries.

I had the honor of being a Millennium bride. To help document getting married in November 2000, when we exited the wedding reception, our guests wore 2000 glasses and blew bubbles to send off my husband and I. We loved those festive glasses.

2000 was an amazing year and the last 19 years have been fantastic, but 2020 has been a highly-anticipated year for our family because in 2002 we became parents, which means that this year our son is turning 18 and is a senior in high school.

Since even before my son was born, I have been saying he will be in the Class of 2020. Back in the early 2000s, my fellow 30-something parents would laugh and say, “Wow! 2020? That’s crazy! That sounds so far away.” We even had a slogan….
“They’re so cool, it’s not even funny…they’re the Class of Twenty Twenty!” But now that-crazy-2020 is quickly approaching. 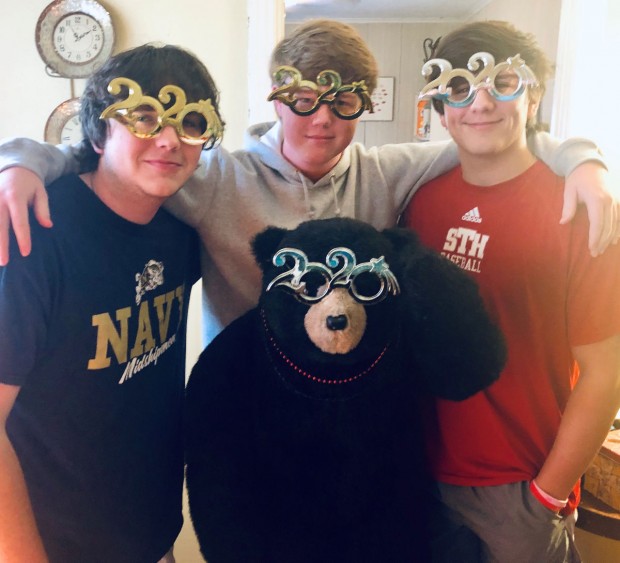 Class of 2020 friends (from left) Thomas Fuller, Dylan Shirley and Justin King (and T. Grizzly) ready to ring in the year they graduate from St. Thomas High School and head to college.

As the Greatest Generation, Silent Generation, Baby Boomers, Generation Xers, Yers and Millennials have been celebrating and surviving life the past two decades, the new kids on the block, born during the 2000s, Generation Zers (known as “Linksters” because they’ve been linked into technology since day one) have kept busy being born and growing up.

As we get ready to ring in 2020, although it may not be quite as historic as entering a new millennium, it is the dawning of a new decade! Goodbye, teens, hello 20s!

So how about on Dec. 31, let’s all gather some glasses -whether it be prescription glasses, sunglasses, 3D glasses, night vision glasses, X-ray vision glasses, safety glasses, swim, ski, science lab or beer goggles, scuba masks, cheaters, monocle, blue-blockers, bifocals or 2020 New Year’s glasses - and get ready to blow our party horns and toast to all of us celebrating “Clear Vision for 20-20” all decade long. 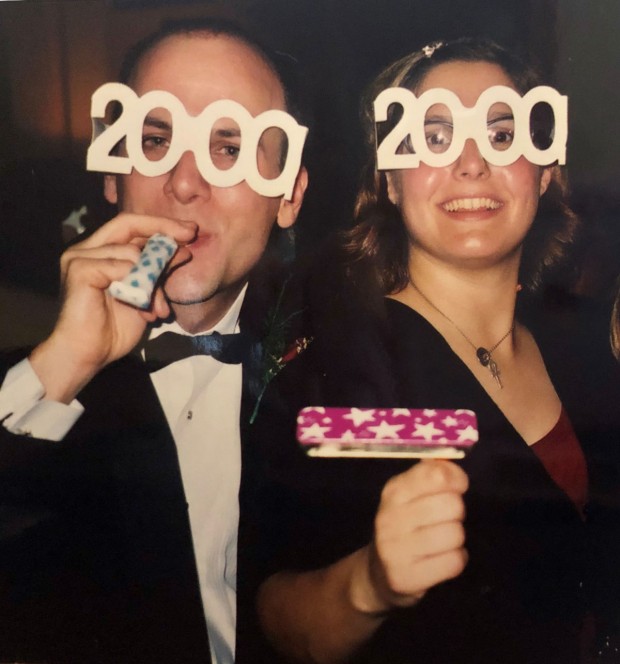 Tom Hampton and Jennifer Vanderbilt tooting to celebrating the millennium and Andrew and Karen’s 2000 wedding.