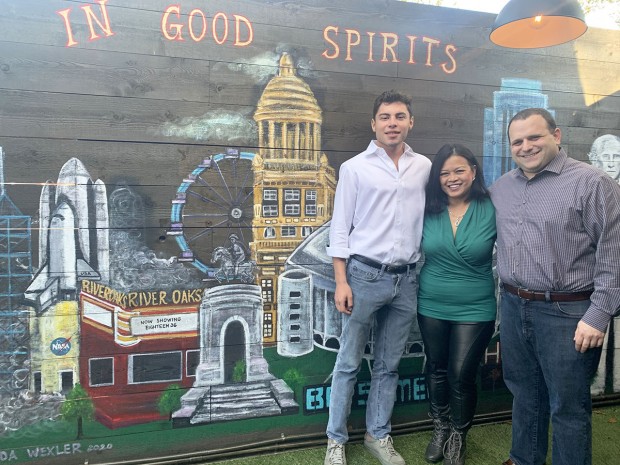 If there is truth to the saying, “Show me your friends and I’ll show you your future,” then restaurateur Jason Scheinthal can expect a bright road ahead.

For it is clear that Jason, a sixth-generation Houstonian who launched a new Houston-themed bar and restaurant called Eighteen36, has an eye for talent and knack for attracting genuine people. As evidence, consider that the brains behind Eighteen36 span multiple generations of Houstonians who truly represent the diversity of this city’s residents. To start, Jason, 32, partnered with Jake Stein, 22, a recent University of Texas graduate with a real-estate background, to open the space, and he tapped Nick Semoudiaris, the genial Greek chef behind Roadster Grill, to create the second-floor kitchen and food menu.

“Obviously, there is a generation gap,” said Nick, whose beloved restaurant Roadster Grill was a Bellaire favorite for 14 years, “but I don’t think about that at all. [Jason and I] are kindred spirits. We both want the same things out of life. We want to have integrity. We want to do something we are passionate about, and we want to stay connected to the community.” 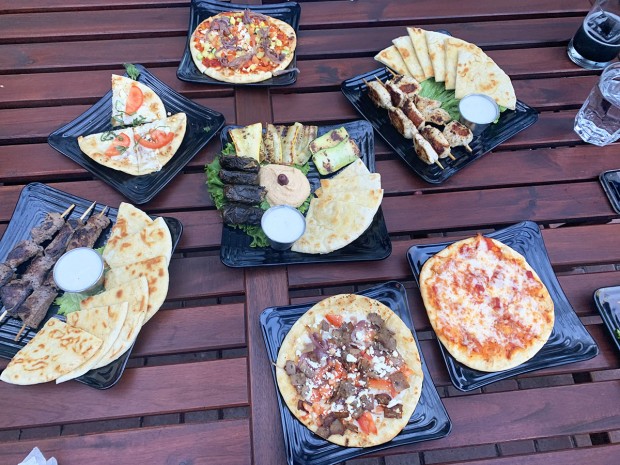 At Eighteen36, diners can find beloved Greek-American eats from Roadster Grill, like Souvlaki and Greek Potatoes, alongside new items like these Pitzas. (Photo: Pooja Salhotra)

The community connection was palpable at this week’s soft opening for Eighteen36, located in an old two-story home at 2221 W. Alabama Street that previously housed Owl Bar. In attendance on Thursday night – day one of the two-week long soft opening period – were friends of Jason’s from his alma mater, Emery/Weiner, family members and more.

The bar offers 10 Houston-inspired cocktails, local craft beer taps and a full-menu of Greek-American cuisine including fan-favorites like the Greek Potatoes and Shawarma Plates. It’ll also feature new dishes like “Pitzas,” which are small pizzas made from Nick’s popular pita from Roadster Grill. 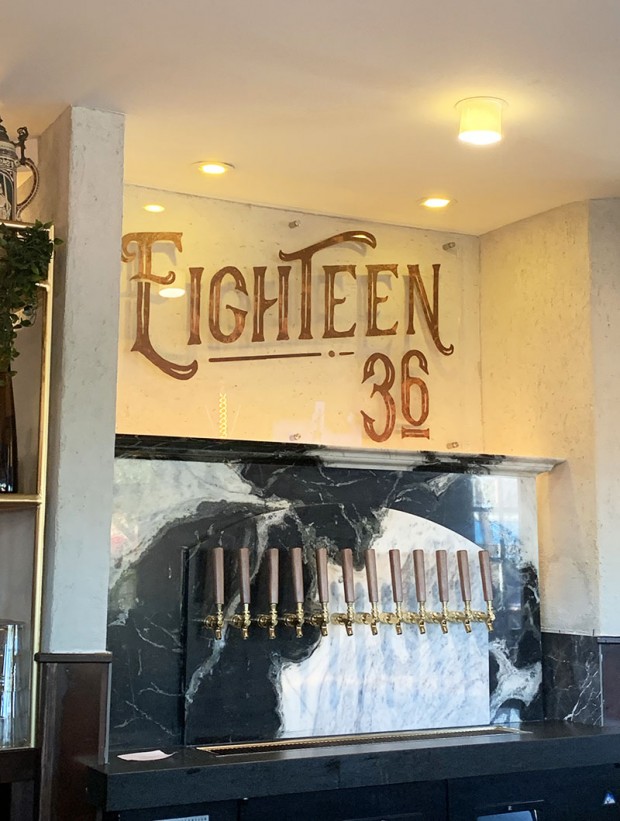 Twelve locally-brewed beers are on tap at Eighteen36 including Buffalo Bayou’s 1836. Eighteen36 will make a donation to a local charity, taking $1 from each 1836 beer sold. (Photo: Jordan Magaziner Steinfeld)

Jason says that through the restaurant, he wants to give back to the community. At the end of each month, Eighteen36 will make a donation to a local charity, taking $1 from each Buffalo Bayou Brewing 1836 beer sold. For the month of February, the team selected Houston Children’s Charity.

Within the Eighteen36 team, Jason wants to ensure he’s developing and building up talent.

“I believe in conscientious capitalism,” says Jason, who previously worked for Landry’s. “So being someone who can make money but also give back […] I really wanted to create an atmosphere where I could develop people, give them opportunities and work with them closely.” 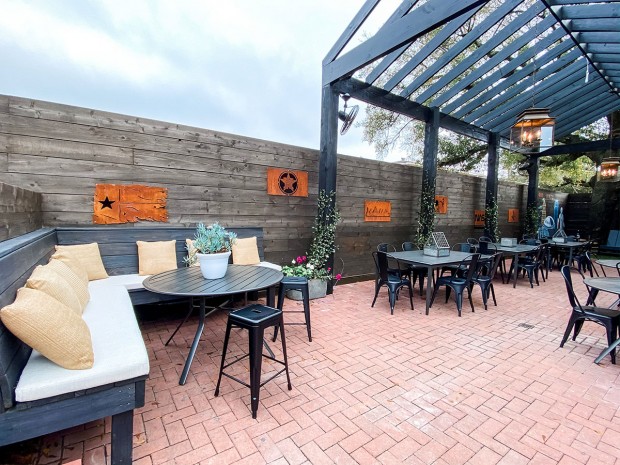 Eighteen36 has plenty of outdoor seating in this dog-friendly patio. (Photo: Claire Coggins)

Already, Jason and Jake have offered growth opportunities to what they call “the Eighteen36 family.” Jason credits the thoughtful design of the space to Claire Coggins, a Dallas-based design-consultant. Despite being only 23 years old, Claire was given the opportunity to manage the entire build-out.

The result is an industrial space with purposeful Houston touches like a mural depicting an original map of the city and laser cut-outs with logos of Houston sports teams hanging in the patio. Even the name, Eighteen36, honors the year Houston was founded.

“Jason and Jake understand business - they are super smart - but when it comes to design, they literally told me, ‘it’s up to you.’” says Claire. “They came up with an acronym TiC: Trust in Claire. We had fun with that one.” 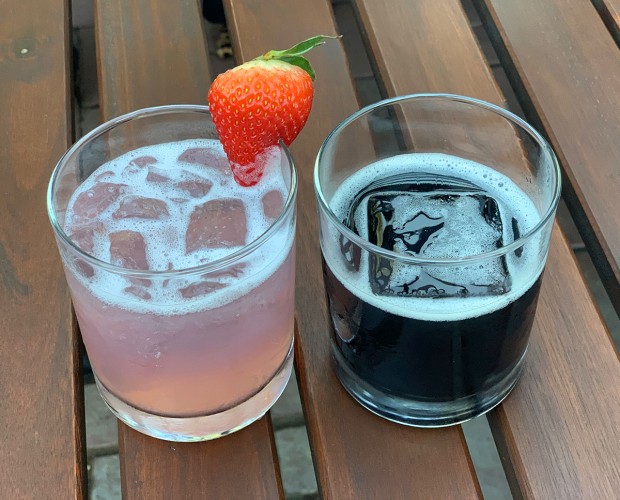 Claire, through an aunt in Houston, identified artist Loida Wexler and tapped her to create Houston-themed artwork for the space. Loida painted an original map of Houston that decorates the opening of the bar, and she also created portraits of Houston’s founders, brothers Augustus Chapman Allen and John Kirby Allen.

“It was such a fun project,” Loida says. “These guys are wonderful. Every five minutes they are complimenting our work.” 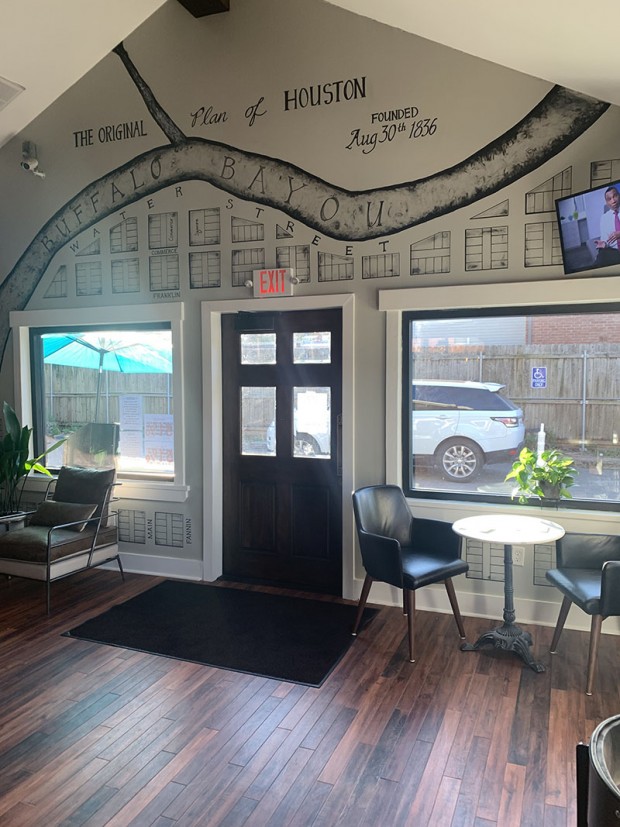 This depiction of the original map of Houston greets customers as they enter Eighteen36. (Photo: Pooja Salhotra)

“I’m not kidding when I say they are actually wonderful people,” Claire added. “And I don’t really like a whole lot of people, so for me to say that I think speaks very highly of them.”

Eighteen36 will hold its grand opening party on Feb. 7 with live music, and Roadster Grill will simultaneously roll out its full dinner menu, which will be available for delivery service on Uber Eats and Post-Mates and for to-go customers and bar patrons. 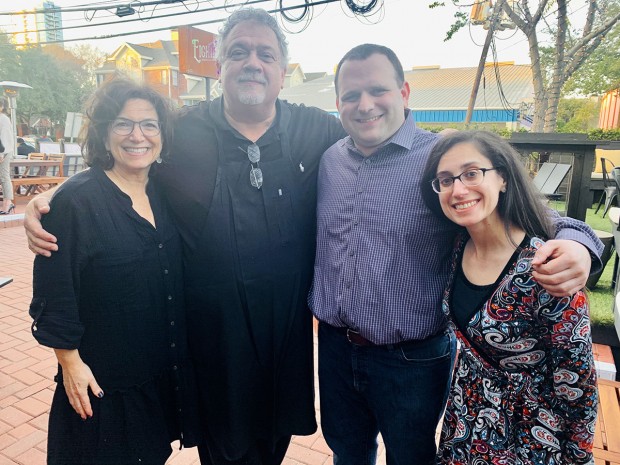 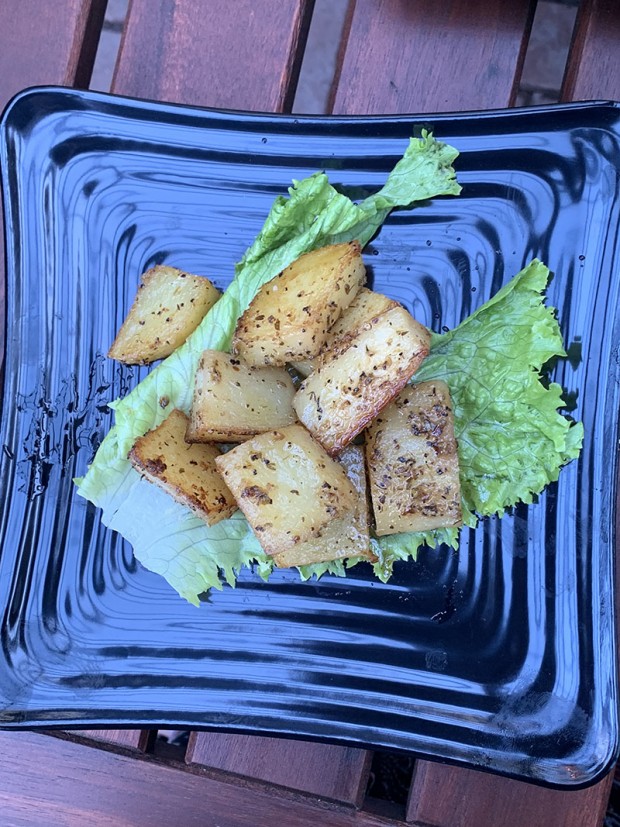 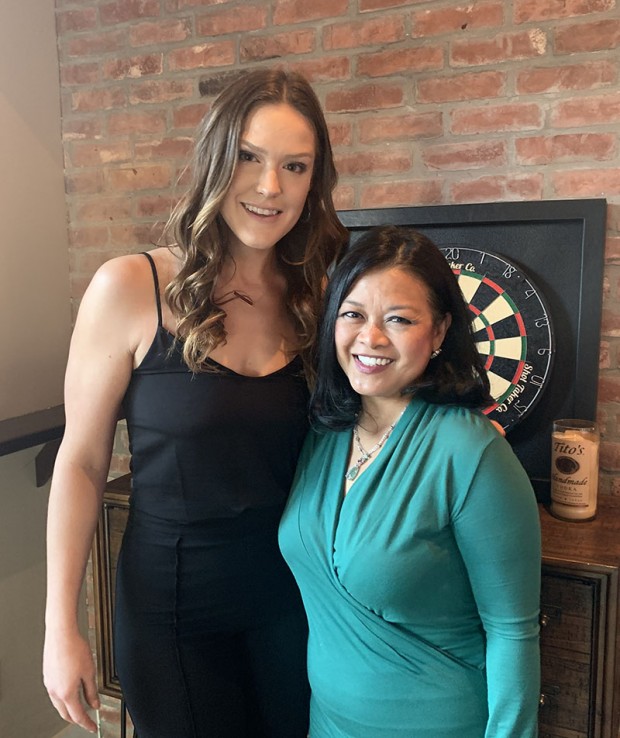