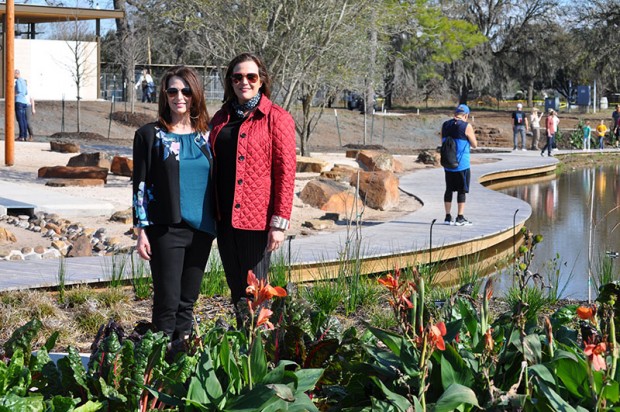 “This is our Super Bowl,” Houston Mayor Sylvester Turner declared on Sunday afternoon. “Forget about next weekend. Let’s start today.”

Mayor Turner, standing before a crowd of roughly 100 Houstonians, was referring to the celebration of the near-completion of the three-acre Susan Garver Family Discovery Garden, the first piece of the ambitious Houston Botanic Garden project. Located on the site of the former Glenbrook Park Golf Course along Sims Bayou near Hobby Airport, the 132-acre Houston Botanic Garden will showcase Houston’s biodiversity in a serene setting. Though the garden officially opens to the public in fall 2020, a public, sneak peek event was held on Sunday to give community members a chance to see what’s in the works. 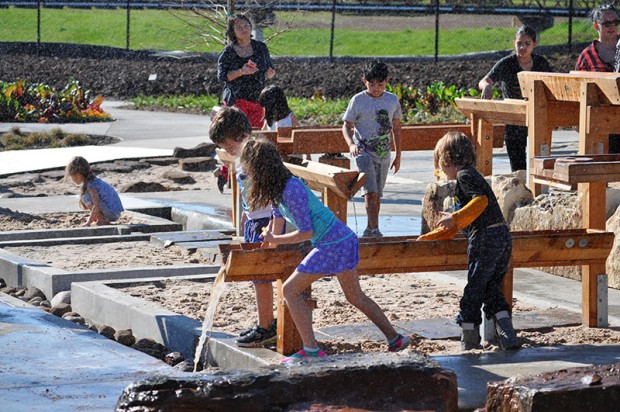 “We wanted you to get a sneak peek into what is being planted in our living museum where we hope that all visitors will grow in their love of plants, gardens and nature,” Claudia Gee Vassar, president of the Houston Botanic Garden, said in her opening remarks.

Claudia went on to thank several individuals, starting with Mike Garver and his daughters Beth Black and Gretchen Hilyard, whose gift completed the capital campaign that funded the garden. The garden is named after Susan Garver (Mike’s wife and Beth and Gretchen’s mother), a longtime Girl Scout Troop leader who loved nature. 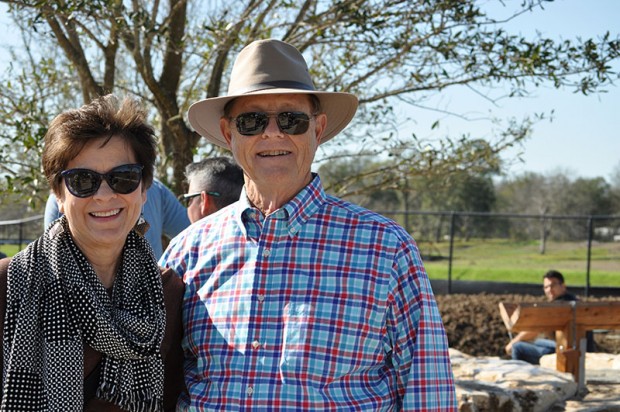 Beth and Roy Clark were among the hundreds of people who visited Houston Botanic Garden on Sunday. (Photo: Pooja Salhotra)

The Susan Garver Family Discovery Garden features a central lagoon with aquatic and carnivorous plants, bordered by forest and interspersed with play areas. Kids, and even some adults in attendance on Sunday, were quick to explore the interactive water play area, which includes a see-saw that, when ridden, powers a sprinkler system, a boardwalk maze around the lagoon and an Archimedes’ screw water-machine.

The Houston Botanic Garden was debuted on Sunday after years of hard work, vision and public-private collaborations. It started when, more than 30 years ago, Houstonians Nancy Thomas, past president of the Garden Club of America and the late Kay Crooker had a vision for a botanic garden in Houston that would rival that of other metropolitan cities. They incorporated Houston Botanic Garden in 2002 and assembled a board to consider sites. In 2015, Mayor Annise Parker approved a lease agreement to transform the golf course, which sits near Hobby Airport, into the garden. 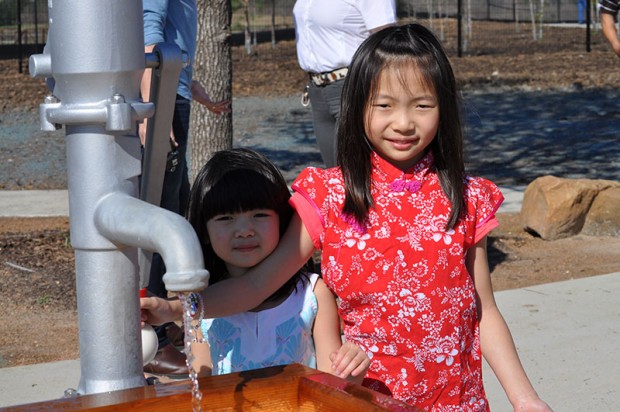 The master plan for the site is to be rolled out over the next 30 years. The $35 million phase I prioritizes the essential elements and the infrastructure to support future phases.

“As I look around, I have no doubt that the Houston Botanic Garden will enrich life through discovery, education and the conservation of plants and the natural environment,” Mayor Turner said. “The Houston Botanic Gardens will give Houstonians another serene setting in which they can enjoy nature and experience the health benefits – physical and emotional – with spending time outdoors.” 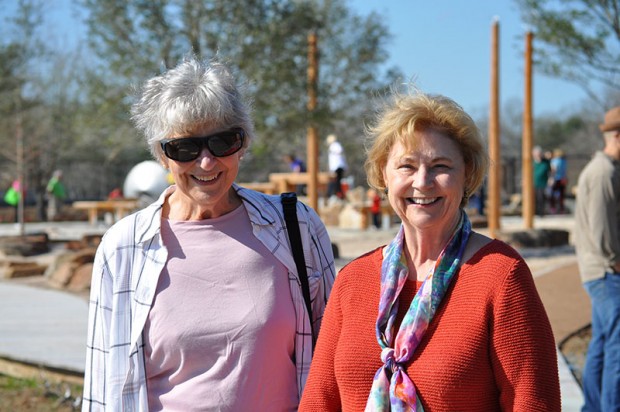 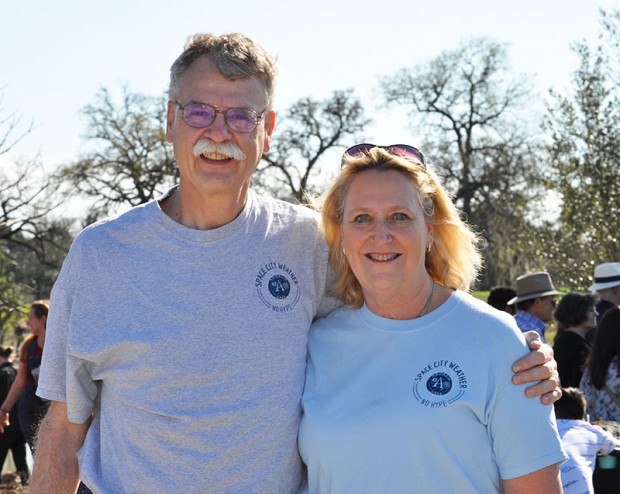 Jim and Caroline Hassell, West U residents, were excited to check out Houston Botanic Garden on Sunday. (Photo: Pooja Salhotra) 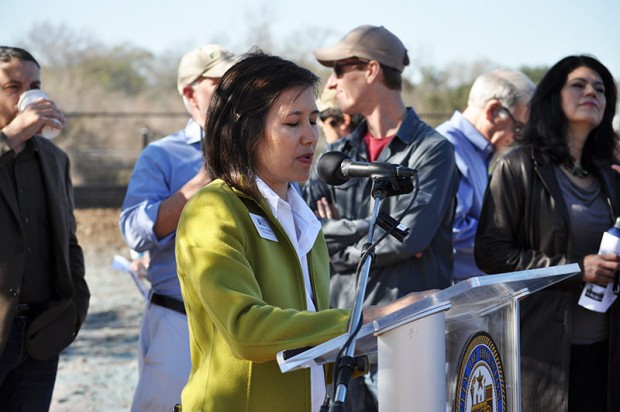 Claudia Gee Vassar, president of the Houston Botanic Garden, thanks the city for supporting the project. (Photo: Pooja Salhotra) 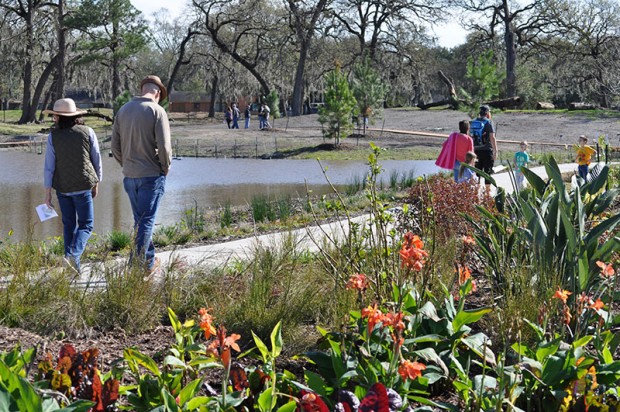 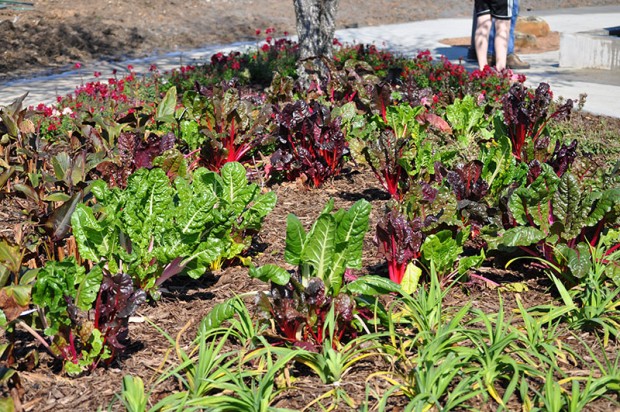 A variety of plants grow around the lagoon at the Houston Botanic Garden. (Photo: Pooja Salhotra) 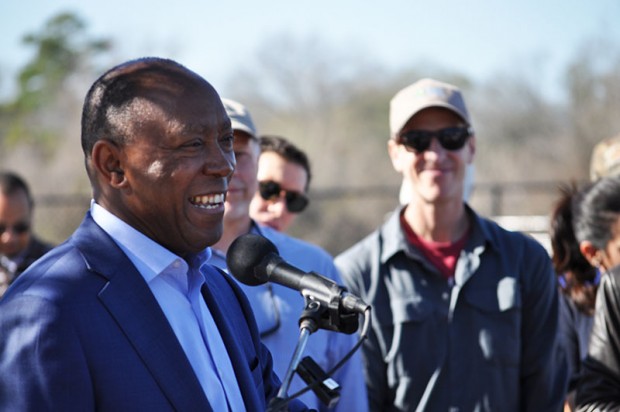