SBS Theatre: To the Stage and Beyond 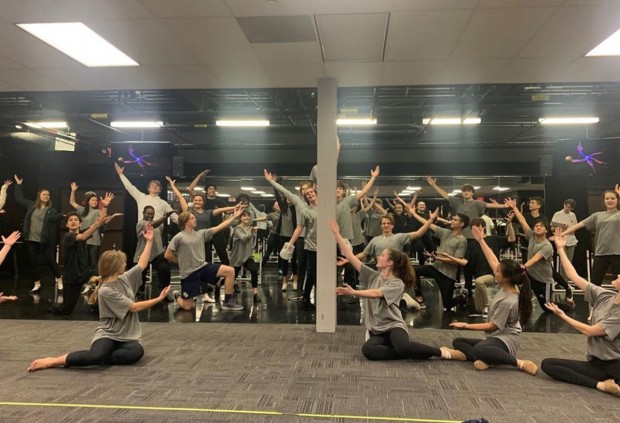 The cast of Beauty and the Beast assembled for a Saturday morning rehearsal.

On Thursday, Feb. 27 through Sunday, March 1, Second Baptist Theatre Company will be performing the musical production of Beauty and the Beast at HBU’s Dunham Theatre. However, beyond the glitz of the stage and the glamour of the bright lights, the performance presented will span far beyond what is performed. Behind the large cast is an even larger crew, bolstered by the support of parent and faculty volunteers. While the actors, actresses, and directors spend months preparing choreography, perfecting scenes, and polishing songs, the crew simultaneously prepares sets, perfects costumes, and polishes make up looks. Indubitably challenging tasks, the strenuous work completed by both the cast and crew not only proved profitable artistically but also practically; through their involvement with the show, students learn the value of preparation, adaptability, and teamwork -  essential skills for both the theatrical stage and the world stage.

Only a few weeks after the performance of the SBS Fall Drama in September, the cast of Beauty and the Beast began rehearsing for the final performance in late February -  five months later. Beginning in early November, students began vocal rehearsals with SBS Vocal Director Claire Westmoreland. Later that month, students began learning and practicing dance numbers.

“The first choreography week, which took place in late November, is extremely intensive,” Dance Captain Kara Swain said. “We bring in Broadway choreographer Kimberly Schafer and spend an entire week ensuring that each cast member has a definitive grasp of their function in each number.” Shortly thereafter, the members of the cast who are enrolled in the Honors Theatrical Performance class at Second Baptist begin rehearsing the show daily during their allotted class time. 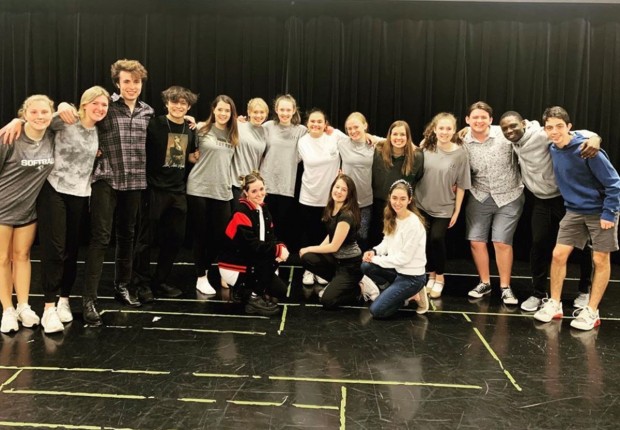 As the days draw nearer to the fateful February day when the curtains open and the show is debuted for the first time, members of the cast spend upwards of 15 hours per week perfecting accents, practicing dance moves, correcting blocking, and running the show until “Be Our Guest” is the soundtrack of their every waking moment.

Without rigorous preparation, Second Baptist’s musicals could not achieve the standard of excellence consistently attributed to their performances by the directorial staff, audiences, and the Tommy Tune Awards Program.

Tickets for Second Baptist’s production Beauty and the Beast are available via etix.com!