On March 1, Strake Jesuit College Preparatory hosted its 50th annual Spring Fling, an event that raised approximately $500,000 for student financial aid. The Sunday carnival lasted from noon to 6 p.m., as nearly 300 volunteers – from students and their families to staff and alumni – all came together to put on a variety of games, concessions, shows and other activities on the school’s campus.

Some of the game stations included a pitching booth, a golf hole, a dunk tank, a mechanical bull, a ring toss and a darts booth. Three student bands also performed in the courtyard where the games were being played. These games and entertainment created a feeling of community and a lively atmosphere.

This year’s event also featured a car show. The 30 vehicles on display were a 1937 Ford Hudson Terraplane, Porsche models from the 1960s as well as a number of modern supercars like Lamborghinis and Ferraris.

Three Sunday masses were held during the day at the Catholic school’s campus. In addition, a bingo hall served as entertainment all day long. Concessions at the festival consisted of a crawfish boil, carnival food such as hot dogs, hamburgers, and popcorn, and chicken fingers. 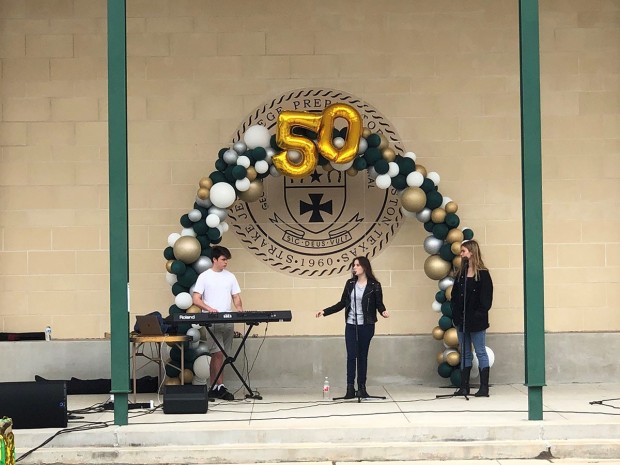 A student band performs on the campus of Strake Jesuit 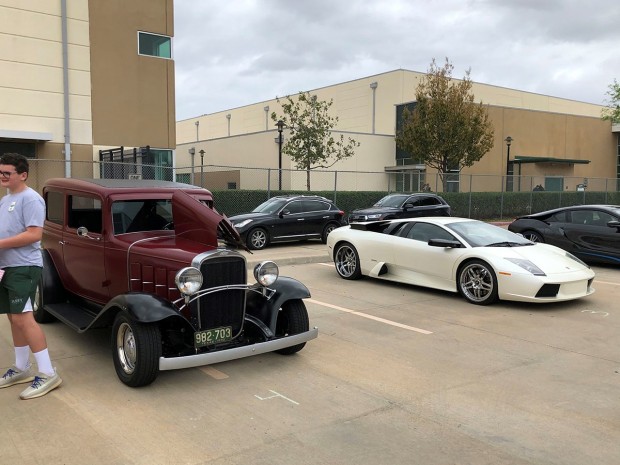 Strake Jesuit hosts a car show with more than 30 high-end vehicles on display. 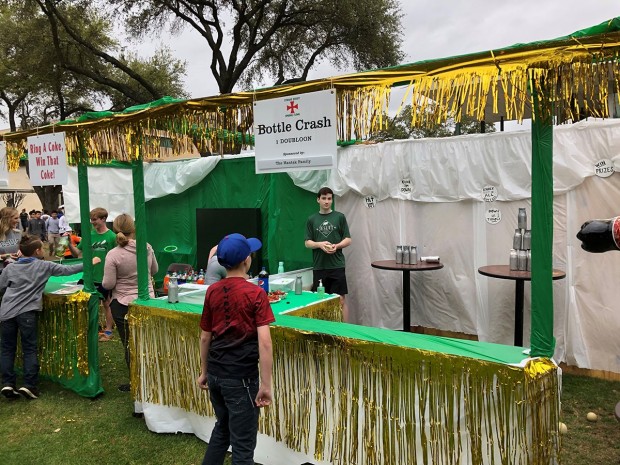 At Strake Jesuit Spring Fling, students and their families participated in games, such as this bottle crash station.