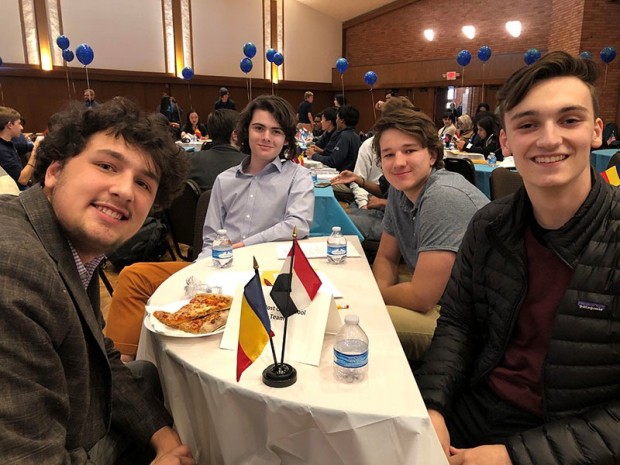 The World Affairs Council Academic World Quest competition is a national trivia event for high school students focusing on current affairs, political issues, and economic issues. The final competition is based in Washington D.C. and, to qualify, a team must win their regional competition (a region is simply a city and its metropolitan area). Teams are assembled by schools; each school can send up to four teams of four students each. Although Post Oak is very small, we were able to assemble one team and go to Houston’s competition. My Global Politics teacher set up our entry into the Academic World Quest competition just for some fun, and I’m really thankful he did.

When I was first asked to participate in the competition, I had conflicting thoughts. Although I really wanted to test my knowledge of my favorite subject, politics, I wouldn’t have had ample time to study and prepare myself. I would have needed to rely on knowledge acquired before the event. None of my teammates had enough time to prepare either; after all, we were only participating for fun. However, I hate entering any competitions (even if it’s only for fun like this one) without feeling sufficiently prepared. Eventually, I swallowed my pride and agreed to be a part of Post Oak’s team for two reasons. First of all, it sounded like too much fun to pass up. And secondly, if I didn’t participate there was a chance we wouldn’t have enough people to qualify. I didn’t want to ruin the fun for anybody else.

In the end, the Academic World Quest competition went better than I could have ever imagined. I learned a huge amount about international affairs, from the small amount of studying I was able to do and the competition itself. The questions were incredibly difficult and required a depth of understanding that my team didn’t have for many of the questions. This showed me that I have a long way to go in my quest for knowledge on all things political and economic.

In the end, Post Oak ended up getting 3rd place! We were all incredibly proud of ourselves, and there is no way we don’t shoot for first next year. Being a part of the Academic World Quest competition taught me a lot more than information on world affairs. I am often too hesitant to dive into fun things I know are fun but I won’t be able to prepare for. I’m hoping that lessens in the future, and I think after this event it will for two reasons: my school ended up doing well in this event, and it was so fun! Regardless of whether or not we got first or last, I would have enjoyed the event the same. That fact proved to me that I shouldn’t be hesitant to enter competitions just because I feel unprepared. The fun is always more important than the placement at the end.