When the Package Fairy Delivers 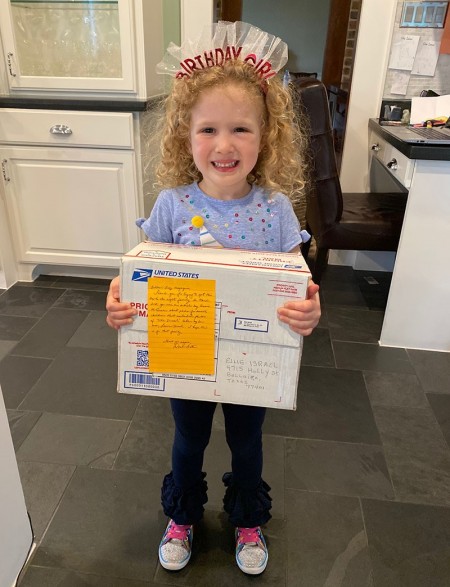 Thanks to Donde Batten, Ellie Israel received this birthday package that was mailed to the wrong address. (Photo: Lauren Israel)

Lauren Israel was listening to hold music while on the line with US Postal Service last week when she noticed a Facebook notification pop up on her cell phone.

It was a Facebook message from Buzz editor Joni Hoffman, saying the Buzz office was in possession of the very package Lauren was trying to inquire about with USPS.

“The message said, if you happen to get this message, we have this package for you here at the Buzz office,” recalled Lauren, a Bellaire resident. “So I drove right over and got it.”

This wasn’t just any package. Inside was a special birthday gift for Lauren’s soon-to-be 5-year-old daughter Ellie. Knowing Ellie was planning to get her ears pierced for her fifth birthday, her great-grandmother, who resides in New Orleans, had sent Ellie a pair of earrings as a present.

Only her great grandmother made a mistake when writing the Israel family’s address, transposing her street number one digit off.

That small, numerical error sent the important package to the home of a stranger, Donde Batten, a retired consultant and mother of three who resides on the same street as the Israels.

“It was so unusual to get a package with our exact address but a different name written on it,” Donde said. Donde had a sense that this was an important package and was determined to get it to its rightful owner. 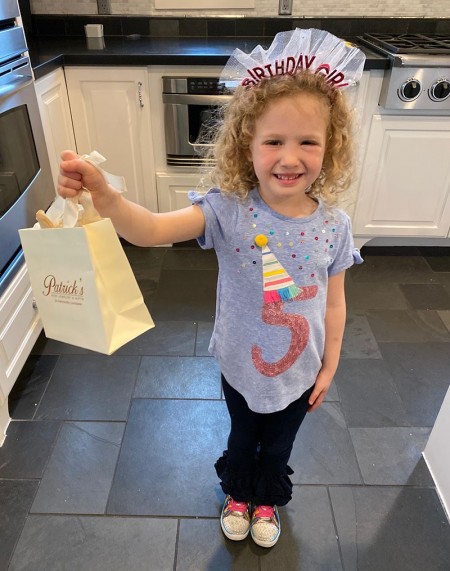 Ellie waited until the date of her birthday, March 9, to open this package from her great grandmother. (Photo: Lauren Israel)

She figured the home address’ numbers were rearranged and considered driving around the neighborhood, knocking on doors to find who the package belonged to. “But then I realized how many possible combinations there could be,” Donde says with a laugh. “And I thought that might seem creepy to people – this random person showing up at their door with a package.”

Donde instead turned to the internet, googling the name Ellie Israel. What popped up was this Buzz article, written two years ago and featuring Ellie.

Donde figured that since The Buzz published the article, we would be able to reach the Israel family, so she brought the package to The Buzz office. Joni immediately reached out to Lauren.

Donde was thrilled to hear the package was successfully delivered to Ellie, who unwrapped the gift on March 9, her birthday.

“Sometimes it just takes a little bit of effort to find a solution that works,” said Donde (aka: the package fairy).

At a time when many install doorbell cameras to catch “porch pirates,” we too were thrilled. It’s not every day that the porch fairy comes around.