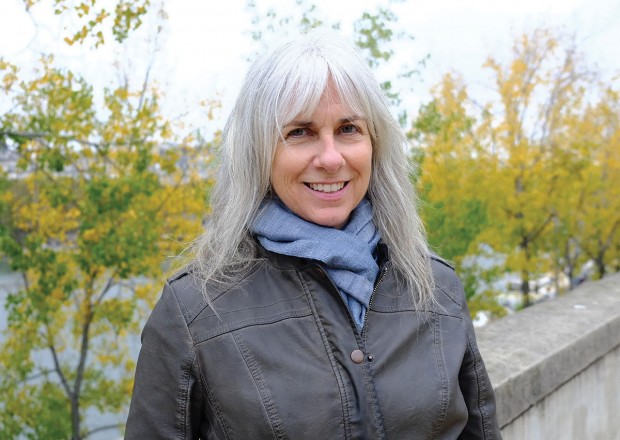 GOING GRAY Beth Reese says, of letting hair be its natural color, "You should do what makes you feel best about you." (Photo: Jordan Reese Barger)

Remember the jingle, “I’m gonna wash that gray right out of my hair,” from the 1980 Clairol television commercial?

If you do, then you most likely have seen some gray in your own hair. And you have faced a decision: Leave it or hide it?

For men, this doesn’t seem to loom as such a milestone. When men were asked how they felt about their gray hair for this article, all of them answered with some variation of “I’m just glad I have hair.” One said he didn’t mind it, since, after all, “I don’t have to look at it.” (Isn’t that such a man thing to say?)

For many American women, though, the solution for years has been to color it. Surveys show that 75 to 80 percent of all American women color their hair, and according to Modern Salon magazine, the No. 1 reason they do is to hide their gray.

As filmmaker Nora Ephron wrote in her 2006 book I Feel Bad About My Neck, “There’s a reason why forty, fifty and sixty don’t look the way they used to, and it’s not because of feminism, or better living through exercise. It’s because of hair dye.”

In reality, underneath the dye, many people start going gray in their 30s, though starting earlier is not uncommon, and by age 50, half of us have hair that is 50 percent gray or more.

But maybe fashion, as it does, has changed. According to Allure magazine, a 2017 survey found that 28 percent of the women surveyed were considering having silver hair, and sales of shampoos specifically for silver hair were up by 55 percent. In 2019, L’Oreal Paris and Vogue magazine declared silver, the prettier term for gray, to be the hair color of the year. An award-winning documentary, Gray is the New Blonde, was just released this year, while Facebook groups, like Going Grey Gracefully, and Instagram accounts about going gray, like Grombre, abound.

Young women are even dyeing their hair gray, in what sounds like a very involved process: seven to eight hours in the salon chair, bleaching their hair over and over until it is as white as it can possibly be before applying the gray color. A hashtag for this is #grannyhair.

Beth Reese, the 51-year-old owner of Yogiño’s, Yoga for Youth, has had people ask her who does her white hair. “I say, ‘She’s really great. Her name is God,’ Beth jokes.

“I had dyed my hair since I was 12,” she explains. “And I started going gray at 17. I did punk rock, blonde bangs, highlights; often, I dyed it red. About two and a half years ago, though, as a yoga teacher trying to be as natural as I could be, I thought I should start walking my talk.” Also, she points out, when her hair was red and her white roots would start to show, “I looked like a candy cane.”

The transition from colored hair to natural gray can be rough, particularly for dark hair. My stylist, Angie Mills of Michael Saldana Aveda Salon, is all for me going gray but warned, “You’re going to hate your hair at times during this process.” And this process can take 1½ to 2 years. 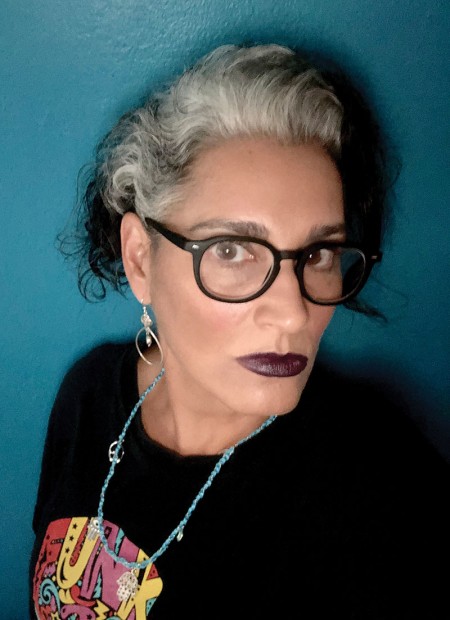 Jill Schein kept a photo album of her hair’s transition to gray. Here, she's halfway through growing her hair out.

Using clever manipulations of hair color – lighter shades, highlights, lowlights – stylists can try to make the process somewhat less awkward. But Jill Schein, a 51-year-old lawyer, went cold-turkey, from long, wavy brunette hair to short curly gray hair. She had to. She was undergoing chemotherapy and had decided to “cold-cap.” A cold cap is a tightly fitting cap, cooled to -15 to -40 degrees Fahrenheit, worn during chemotherapy. The blood vessels in the scalp constrict because of this cold, reducing how much of the chemotherapy drugs reach the hair follicles. For some women, including Jill, who says she kept about 60 percent of her hair, doing this can reduce hair loss.

Jill needed to treat her hair as gently as possible during this year of cold-capping, which meant no hair color. “I had the worst hair days for so long,” she says.

At first, growing out gray roots can just look unkempt, like you haven’t been keeping up with your hair appointments. “It’s not until the gray reaches your eye level that it starts to look intentional,” Jill says. And that demarcation line between the colored hair and the gray “was just horrid,” she says.

But now, she reports, “I have never had so many comments on my hair. Total strangers give me compliments all the time. Hairdressers stop me to ask about it. I was doing a deposition once, and the entire room was asking me about my hair.”

Jill finds it funny that, when she’s with her mom (70 and brunette) and her grand mom (90 and platinum blonde), she’s the one with the gray hair. “I think it freaks my mom out a bit,” she confides.

When she colored her hair, Jill was having it done at a salon every six weeks, with home coloring sessions in between. “I wouldn’t ever go back to that, dying the roots, not ever,” she says. “I’m not a slave to my hair anymore.” 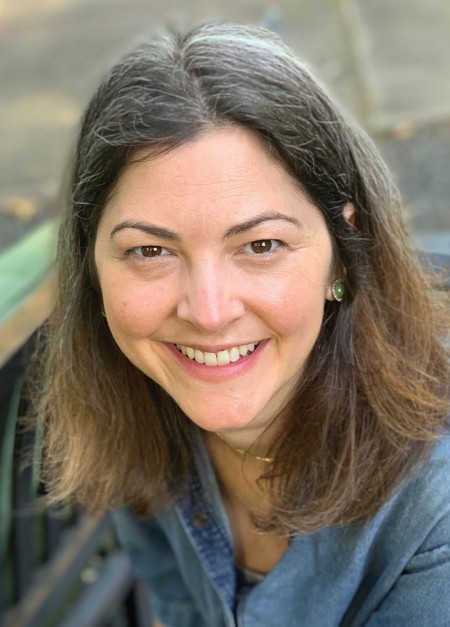 Rollin Simmons estimates that she's about halfway to her natural salt-and-pepper hair.

Rollin Simmons, the 41-year-old cantor at Congregation Emanu El, is on her second try to transition her hair from brunette to gray. “About three years ago, I was trying, maybe a little out of laziness,” she admits, “to go gray. I sent my mom a picture of us at Thanksgiving. The grays were pretty prominent. And she sent me back the picture with it zoomed in on my roots.”

But Rollin was also seeing old friends on Facebook, “with these beautiful young faces and beautiful silver hair, really rocking it,” so, in May of last year, she decided to try again. After almost a year, she estimates that she’s about half grown out. Much of her hair is naturally brunette with some speckling and a streak of gray in the back. “Someone said that was called a ‘witch’s streak,’’’ she says. “I’m not sure I like that.” But she does like her hair. “I feel like it’s me.”

Birgitt van Wilk decided to stop covering her gray two years ago, when she was 70. “I call it my silver crown and I’ve earned it,” she says. Like others, Birgitt loves not being shackled to coloring sessions every four to six weeks. She says, “I’d be stuck in rush hour traffic for a hair appointment, and I’d think to myself, ‘Really?’” 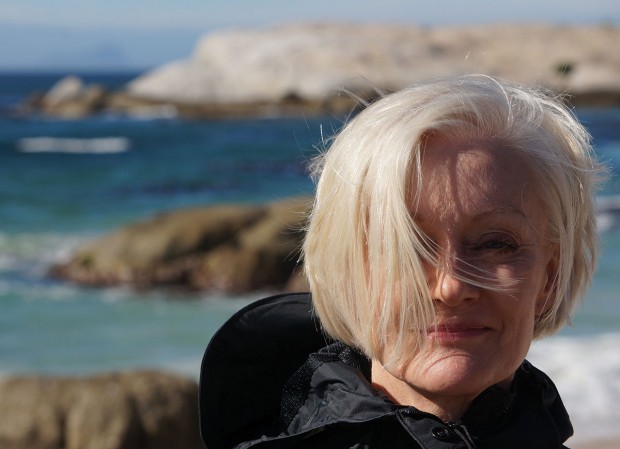 Helene Maltzman, “after being on the fence for five years,” decided to stop lowlighting (adding dark streaks to) her hair and let it be entirely its natural salt and pepper color at age 60, three years ago. “It felt like a more philosophical, spiritual decision: I wanted to show my authentic self and not feel like I needed to cover that up,” she says. It also didn’t hurt, she says, that “I was seeing these people with white and silver hair, men who looked distinguished and women who were stunning.”

Blondes may or may not have more fun, but they can have an easier time letting their hair grow in gray. “I dyed my hair forever,” says Jamie Grossman, 71, who colored her hair blonde with highlights. “One day, my stylist said, ‘Your hair is white; it’s about the same shade as what we are doing.’ So, all I did was, I stopped.” 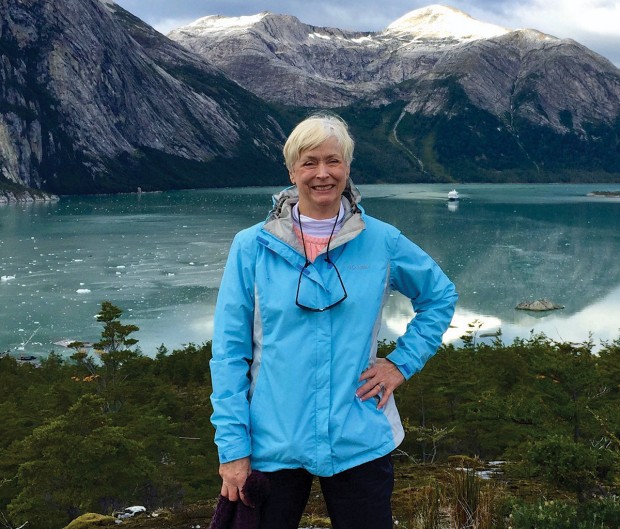 Dianne Cousins, 68, had a similar experience. As a young woman, she started graying and had brown hair with a white streak. “Which I didn’t like,” she explains, “so I went blonde and I frosted, or what is now called highlighted, my hair, to make that white streak look purposeful.” Like Jamie’s, Dianne’s stylist pointed out that she had a lot of gray and it wasn’t that much different in color than what they had been adding. Dianne stopped coloring “and nobody noticed,” she says. They do notice her hair now in its all-white bob, though. “I get compliments all the time,” she says. 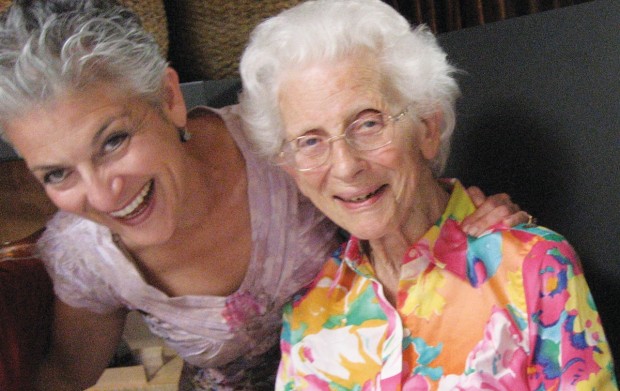 Susan Farb Morris, who runs her own eponymous public-relations firm, is known for her striking white-silver hair. Susan, now 64, has been silver-haired since her 40s. People compliment her hair almost daily, something that, she says, never happened when her hair was black. “Just the other day, a woman came up to me in the Walgreens, and just a day later, another stranger did at a performance,” she says. Both said Susan looked like Maye Musk, Elon Musk’s mother and a model who has said she’s never been more in demand than she is now that she’s gone gray.

While Angie, my stylist, and I had already started strategizing for my own transition to gray, the present situation with the coronavirus may have made that all moot. As the Facebook memes have it, we’re all going to know our true hair colors pretty soon. Maybe it’ll be a nice surprise.